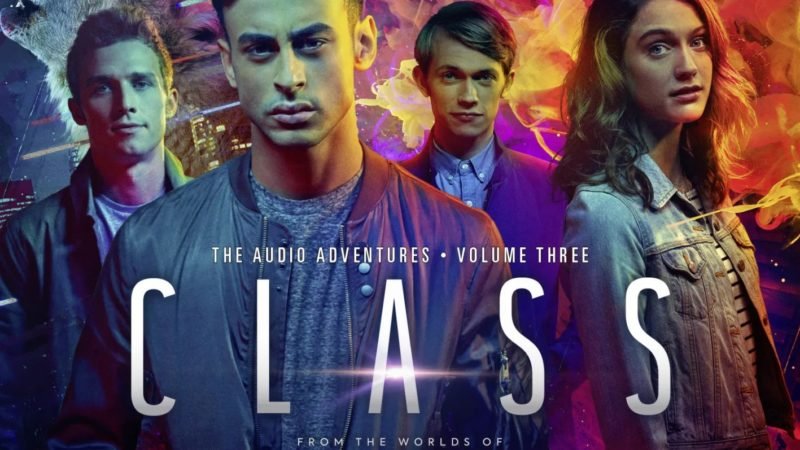 Can the Doctor Who spin-off survive cast changes?

Further details have emerged about Big Finish’s officially-licensed stories of Doctor Who spin-off, Class, including trailers for both volumes. Greg Austin returns as Charlie

It was the worst kept secret but, just in case you haven’t already heard it through the grapevine, Big Finish

Although the BBC has yet to announce the future of Doctor Who spin-off, Class, writer, Patrick Ness has revealed that he won’t

Hello, class. Sorry I’m late, I got caught up brushing these darn petals out of my garden. Bloody nuisance. Anywho,

Night Study: Here's What You Thought of Nightvisiting

Morning, class. Sorry I’m late, I didn’t sleep particularly well. I had this odd dream where my fish from when

What Did You Think of Class: The Lost?

After months of build-up and 8 episodes of shadows, dragons, nightmares, deadly petals, eye-popping detention, and quite a few shocks,

Check Out Official Synopsis and Images for Class: The Lost

The time is nearly upon us: The Lost, the final episode of Class Series 1. Written, just as the rest of the

Promising so much and keeping just as much close to its chest, Class is at the halfway mark and Co-Owner

“Says milord to milady as he mounted his horse, ‘Beware of Long Lankin that lives in the moss.’ Says milord