With Big Finish’s wonderfully extensive back-catalogue, it might come as a surprise that not all the company’s stories are readily available. Unless you’re a regular subscriber to their Doctor Who Main Range, there are Short Trips that you haven’t had access to.
Until now.
That’s right: Big Finish have announced a new range, Short Trips Rareties, adventures previously made by the audio company, but not on general release.
The idea came from Short Trips producer, Ian Atkins, who says:

“The Subscriber Short Trips accompany the purchase of subscriptions for the Doctor Who main range, four a year, going back for the last six years. However, with all the various special offers Big Finish have run, people don’t subscribe to the older years so much, which means these lovely little stories tend to be forgotten about, except for the frequent emails we get asking how people can buy them! So we decided to start making some of the older ones available… Of course, those subscribing to the main range should continue to enjoy some much deserved exclusivity, so there will remain a two year window on any of these releases, plus of course anyone subscribing gets them for free.”

“Some lucky listeners will already have The Toy, as it was a CD-only release last year associated with [partwork] Doctor Who – The Complete History, but this is the first time it can be bought as a Download, and the first time it’s available from Big Finish… While John Dorney remains one of the busiest Big Finish writers, but it’s not just his new work that people want, so Lepidoptery for Beginners was a natural choice. Similarly, James’ Museum Peace is a gem of a story, beautifully read and put together by Nicholas Briggs. And I love a Big Finish Christmas story, so Little Drummer Boy was added to the list. Lastly, Sound the Siren… was one of the first Subscriber Short Trips I commissioned back in 2014, with Stephen Critchlow’s great take on the Fourth Doctor just a part of a chilling tale sound-designed by Neil Gardner. I really like that these writers’ work can reach more people now: sometimes it’s nice to share a secret!” 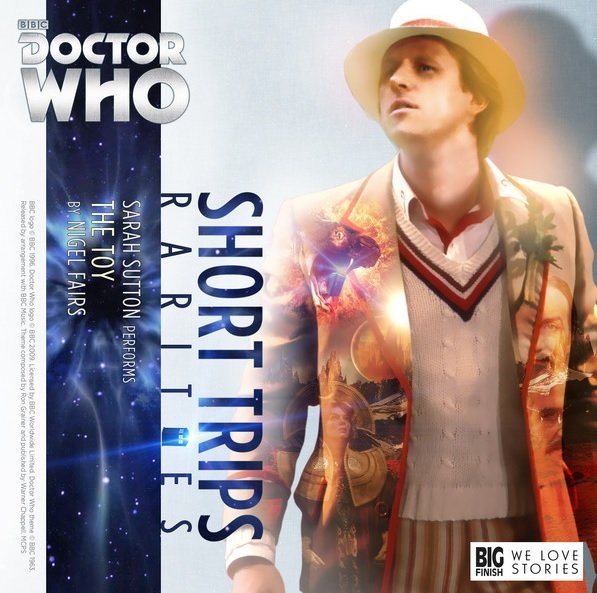 Written By: Nigel Fairs
Directed By: Lisa Bowerman
Narrated by Sarah Sutton.
In her bedroom on board the TARDIS, Nyssa dreams of her long lost home, and a Forbidden Archway that never really existed — or did it?
In the TARDIS corridors she finds a flight of steps, a door marked ‘keep out’, and beyond, a locked room full of secrets. In particular a casket containing a jewel seems to call to her. “Nyssa of Traken, do you want to be my friend?”
So begins a journey that takes Nyssa from snow capped mountains to vast cities, and introduces her to people she seems to know so well. What dangerous landscape has she wondered into — and can she ever escape to safety, and the comfort of her travelling companions? 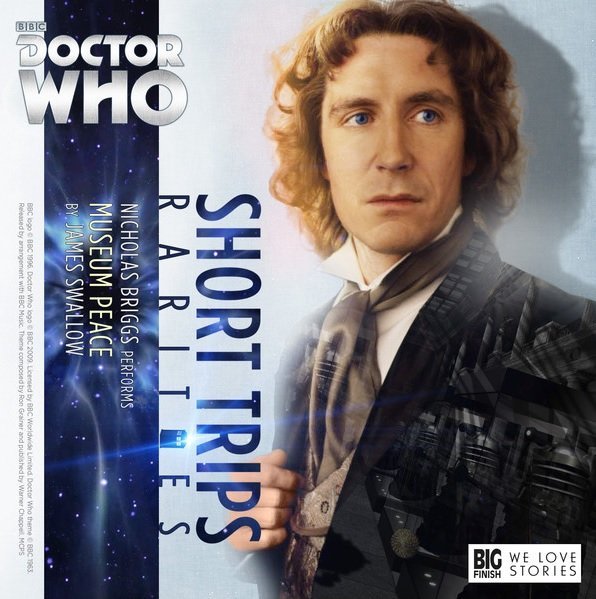 Written By: James Swallow
Directed By: Nicholas Briggs
Narrated by Nicholas Briggs.
A single old man. One who knows what it is to fight, who understands an enemy few think of any more, who has had to make terrible decisions in his life. And who now, in a museum, with that enemy in front of him reduced to a mere curiosity… Meets Kalendorf. 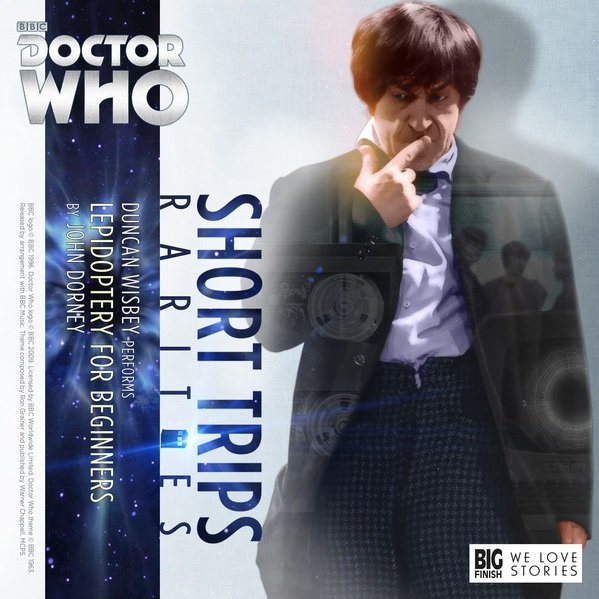 Written By: John Dorney
Directed By: Nicholas Briggs
Narrated by Duncan Wisbey.
“It’s already done. You are dead. You just don’t know it yet.”
Iolas is a man with a plan. It has 1009 Easy Steps, all of them now happening successfully. One. By. One.
The very last step? The death of the Doctor… 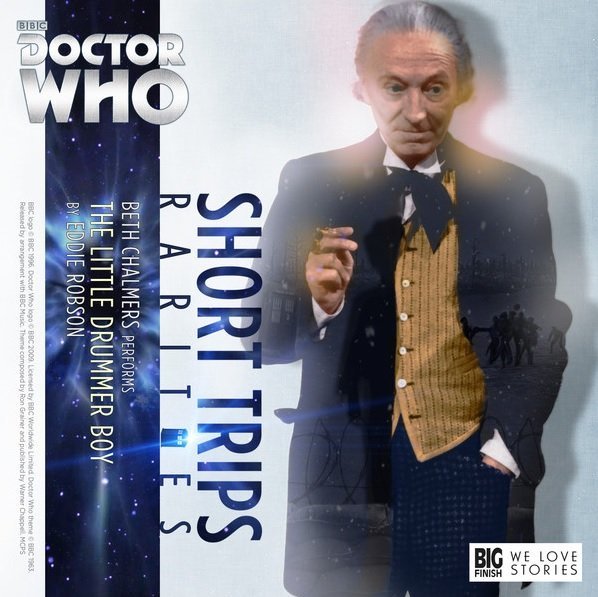 Written By: Eddie Robson
Directed By: Nicholas Briggs
Narrated by Beth Chalmers.
“A few more random landings will shake off the Daleks. So to speak.”
But for the Doctor, Steven and Sara, the landings are anything but random. It’s Christmas Day… So many times. What terrible secret is bringing the time travellers to the same day in different years?

Sound The Siren And I’ll Come To You Comrade 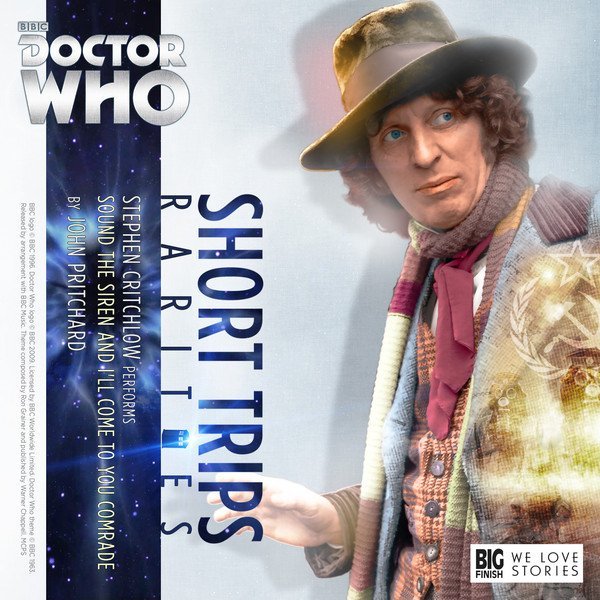 Written By: John Pritchard
Directed By: Neil Gardner
Narrated by Stephen Critchlow.
The Doctor and Leela arrive on a barren plain in the Soviet Union of the 1950s. Twisted wreckage and remains speak of the tests of a destructive new power. The scientists responsible live in terror of their political masters.
But now they all have something else to be scared of…
From now on, each can be bought as a download for £2.25, or in a bundle of the five stories for £10.00.