Comics – the fine art of sequential storytelling – have enthralled audiences with their engrossing lore, breath-taking cliffhangers, and coupons for mail order x-ray glasses.
There’s much to love in reading tales of Gods fighting it out, cops chasing down criminals, mythic beasts stalking the streets of a major metropolitan city, and of course, a rich uncle who entertains his three nephews while wearing no trousers…oh, and did I mention that all four of them are ducks (God bless ya, Carl Barks).
And Doctor Who comics are no exception; they take you beyond the TV series and into strange new worlds, unexplored emotions and, once or twice, they occasionally let the Doctor have a dinosaur companion…Comics everyone!
So why not start someone off on their own mythic quest this Christmas and get them something they really want…a Doctor Who comic adventure, that’s what!

Doctor Who: The Tenth Doctor Vol.1: Revolutions of Terror by Nick Abadzis and Elena Casagrande A perfect jumping-in point for anyone looking to dip their toe into Doctor Who comics, this collection of the first five issues of Titan Comics Tenth Doctor run gives you everything you could possible want from a comic adventure. It perfectly captures the boundless enthusiasm of the Tenth Doctor, introduces us to Gabriella Gonzalez, waitress and wannabe artist who yearns to forge her own path far away from her controlling family, and it’s also ruddy gorgeous too!
Set just after the climax of Series Four, the book has a swagger to it; there’s a sense that as each tale unfolds, the unknown element is just as elusive to the Doctor as it is to the reader…and nothing is more exciting than when the Doctor is on the back foot… 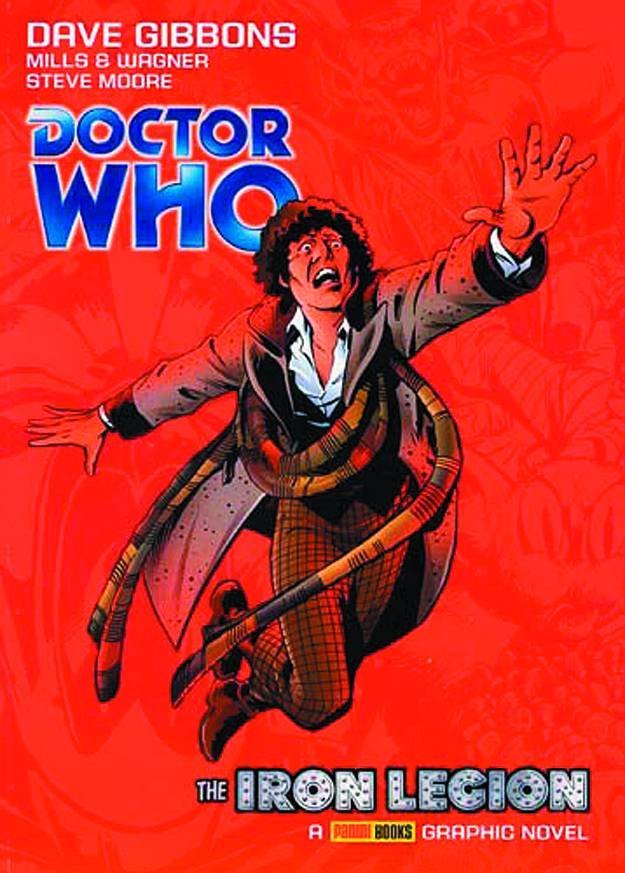 Just look at that line up! There’s an entire library of comic books created or having had the benefit of these fine gentlemen working on their titles that shaped the way we view the medium, and all of them made just as large an impact on Doctor Who through the comic book strips of Doctor Who Weekly and Doctor Who Magazine respectively.
And the story itself, a Fourth Doctor tale of where in which the Roman Empire doesn’t so much as fall, more gets taken over by alien Gods who, with the benefit of their technology and leadership, goes on to conquer a galaxy or two with its titular Iron Legion!
However, that’s not all, the compendium also includes City of the Damned, The Star Beast, Dogs of Doom and The Time Witch – each an epic adventure for both nostalgia junkies and new readers alike.

Doctor Who: The Eighth Doctor: A Matter of Life and Death by George Mann and Emma Vieceli Full disclosure: I loved this mini-series. Sure, there was the odd misstep whereby an issue didn’t quite fit as neatly in with the overall story arc and yes, there are moments where the Eighth Doctor tips a little too far into the Byronic and leaves Paul McGann behind altogether but, in terms of capturing the essence of the Doctor, his energy and just what it must be like to cling to the (rather fine) coattails of that mad man, it’s superb.
What’s more, the artwork is some of the best in Titan Comics range. It’s fun, concise and, when given the space to really show off, it’s wonderful.
There’s some storytelling magic here in this far too short a run. Buy it so we can have some more! Collecting together some of the Ninth Doctor’s adventures from the pages of Doctor Who Magazine and the Doctor Who Annual 2006, boasts some of talent that shaped the Ninth Doctor’s all-too-brief run; there’s some wonderful art by Doctor Who comics stalwart Mike Collins who beautifully captures the spirit of Rose and the Doctor – as well as some excellent background word that’s rich in texture and ambience.
What’s more, the book comes with a 12-page commentary, shedding light on how the comics came to be, and a full text story which rings a bell somewhat but you may not have heard of it…something about What I Did On My Summer Holiday by Sally Sparrow by some bloke called Moffat… How about a big sprawling, anniversary tale to send us on our way? The Four Doctors? Erm…Maybe next year, yeah?
This is the kind that could only be told in comic book form now sadly. Bringing together just about everyone it can think to draw, Prisoners of Time was IDW’s 50th anniversary tale and, as such, serves as a nice jump off point for anyone looking to explore the dark and mysterious world of ‘the previous licence holder!’ *lightning strikes! The wind howls!*
Suffering from some of the same deficiencies as other anniversary tales (and a few of its own too – the artwork can be a little hit and miss), nevertheless, Prisoner of Time offers a real smorgasbord of talent, each with their own take on the, at that point, eleven incarnations of the Doctor and it also comes with commentary too so it can point out all the moments where it’s being really clever and stuff.

What’s this! The man has clearly lost his mind! Why is he recommending these books! There are literally hundreds of others that I simply must write and tell him about in the comments section below *wink* Also, as is tradition with the Christmas 2016 gift guide – a tradition spanning oh, about a week – we want to be all nosey and ask what’s on your Christmas list too!