What’s the correct title for the first four episodes of Doctor Who? An Unearthly Child? 100,000 BC? The Tribe of Gum?
It is clearly essential to know the correct answer to this vital enquiry.
As you know, no overall story title appeared on screen until The Savages in 1966. Each episode had its own title, causing headaches and sleepless nights for all archivists. The generally agreed story titles are based on BBC paperwork. So, surely they must be right?
Actually, at the risk of re-opening a dead debate, I’d say: no, they aren’t. Let me take you on a fascinating journey to discover why.
The first hint of the controversy comes with the publication of The Making of Doctor Who in 1972 (the first, Piccolo edition, not the Target one). This included the first available guide to all the stories up to that point. And Malcolm Hulke and Terrance Dicks got round the problem of what to call the Hartnells with a splendid wheeze: don’t name any of them. And, for consistency’s sake, don’t name any of the Troughtons or Pertwees either. Instead, they’re listed as ‘Code’, ‘Writers’, ‘Directors’, and ‘The Enemies’. (Mac and Terry provide the useful note for the codes: ‘Occasionally a letter is not used if it might sound confusing or funny, e.g. there is no serial III.’)
And then, in 1973, the BBC published the Radio Times 10th anniversary special: still one of the best Doctor Who publications ever produced. It does name the Hartnells, but commits the heresy of calling the whole story by the name of the first episode. 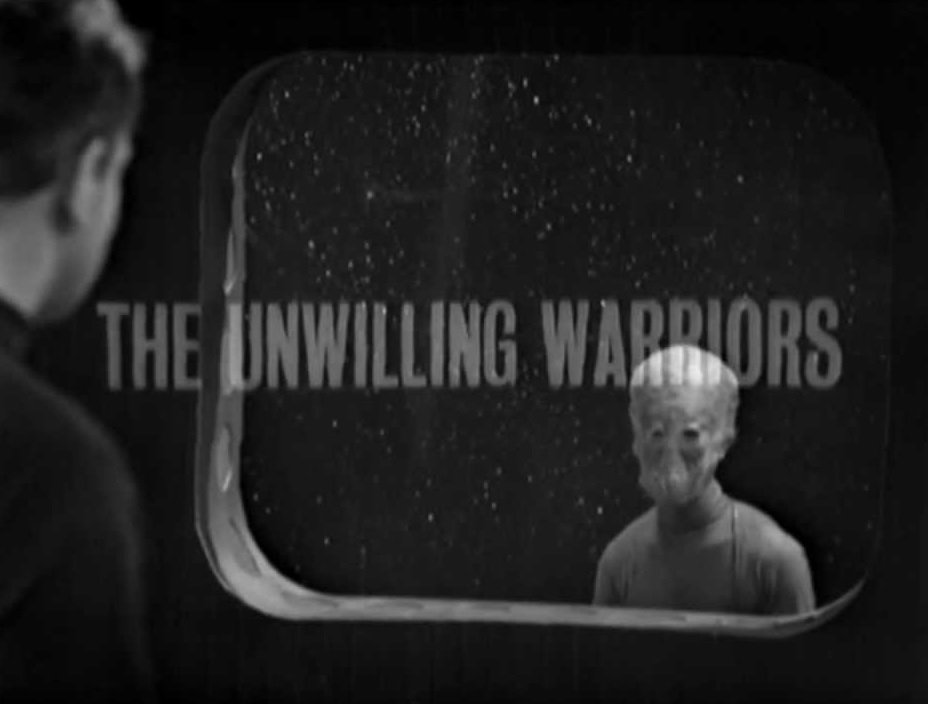 And it was wrong, wrong, wrong, wrong!
Or was it?
I’d like to advance the earth-shattering view that, in fact, this is the best approach to take. Why?
Well, first, because those are titles that actually appeared on screen, so they received the imprimatur of actually being broadcast. I’d also suggest that it’s highly probable that the ‘correct’ story titles (The Massacre rather than War of God, and so on) were never really intended to be taken as anything other than aide memoirs for the production team. Nobody could be expected to remember which story was D, E, or H; titles like The Massacre were just shorthand for ‘that one where Bill plays the baddie as well’. They’re nicknames, if you like, for ease of reference; they shouldn’t be taken as gospel because they were never intended to be. It’s getting on for obscurantism to insist on The Mutants rather than The Dead Planet.
And generally, the broadcast episode titles were much better than the monikers we now insist on. The Executioners sound exciting; The Chase sounds dull. (Who said, ‘Rather like the story, then’?) Similarly, compare:
The Temple of Evil to The Aztecs;
Strangers in Space to The Sensorites;
World’s End to The Dalek Invasion of Earth;
The Steel Sky to The Ark;
– and so on. Insert the words ‘the one with’ on one side of any of the above ‘correct’ titles, and ‘in it’ on the other and you get the point I was making earlier (‘the one with the Aztecs in it’; ‘the one with the Sensorites in it’ et al). Also, the titles seen on screen usually show some thought: A Holiday for the Doctor grabs the attention in a way The Gunfighters doesn’t (and couldn’t almost any story be called The Gunfighters, in fact?).
(Not all the individual episode titles were good. Some of them were risible: Bell of Doom, The Sea Beggar, and Five Hundred Pies spring to mind. Similarly, some were deeply dull, like The Return or Air Lock. A few were simply deranged, like The Waking Ally… as opposed to – what? The Comatose Ally? The Dozing Ally? The Just Dropping Off for a Snooze Ally?) And finally. Some of the ‘scribbled down on the back of a fag packet’ overall story titles are inaccurate, daft, or available-in-57-varieties-and-do-we-really-need-to-debate-which-is-the-right-one? So, The Tribe of Gum can’t be correct, because Gum was the character renamed Za (or possibly Kal) in a later draft; you can’t call a story after a bloke who wasn’t even in it. 100,000 BC is also featured in documentation as A 100,000 BC (sic, so why not be uber-obscurantist and insist it should be called A Hundred Thousand BC?). Why not just call it An Unearthly Child? Inside the Spaceship is crackers because the TARDIS isn’t a spaceship, so why insist on an inaccurate label just because David Whitaker or whoever pencilled it on the top of a file? And what’s the right name for the twelve-parter? It’s appeared variously as:
The Dalek Masterplan
The Dalek Master Plan
The Daleks’ Master Plan and (I think)
The Daleks’ Masterplan.
It is also insane to insist on Dalek Cutaway instead of Mission to the Unknown.
(Okay, it doesn’t always work. The multi-named Dalek 12 parter would then be called, as the 10th anniversary special had it, The Nightmare Begins, when The Nightmare Begins and Rambles on for the Next Three Months would be more accurate.)
Join me in the crusade to reinstate the first episode of the nameless Hartnells as the overall story titles! And rejoice when they’re all eventually rediscovered in a garden shed in Smethwick!

A study of why Gallifrey should be pronounced ‘Gall-uh-free’ and not ‘Gall-if-ray’ and why everyone got it wrong after Lalla Ward said it wrong and everybody copied her and why they’re wrong even if they come from the place.

Simon Danes is 51 and he needs to get out more.

by Simon Danes time to read: 4 min
Features The Lost Missing Episodes Bounty of Sierra Leone
Features Historicals: A Thing of the Past?
14
%d bloggers like this: