Though the BBC is yet to confirm the news, it appears that Sam Hoyle will be joining Doctor Who Series 11 as Executive Producer, alongside Chris Chibnall (incoming showrunner) and Matt Strevens (An Adventure in Space and Time).
The revelation came in an understated – and perhaps accidental – way, as Creative Cardiff announced a talk with BBC Studios’ new Head of Drama, Wales, Simon Winstone. The blurb reads: 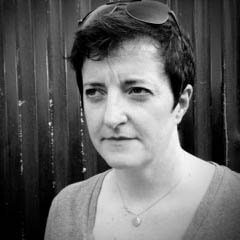 This certainly won’t be the first time Hoyle has worked with Chibnall: she acted as Script Executive and Associate/Line Producer on Broadchurch (including throughout its final season, Series 3, which aired earlier this year on ITV), and the BBC’s The Great Train Robbery. Elsewhere, she was responsible for rebooting the Agatha Christie brand on BBC Radio 4, and was a Script Executive on Jinx (2009) and The Life and Adventures of Nick Nickleby (2012). She also served as Script Editor on Camelot, a 2011 series for Starz (the US network which co-produced Torchwood: Miracle Day).
Doctor Who Series 11 will, of course, be the first to feature a female Doctor in Jodie Whittaker, so it’s pleasing, at least, to see a female member of staff joining the roster behind-the-scenes; otherwise, it’s equality for appearances’ sake only.
We expect the BBC to officially announce the appointment imminently. But, as ever, the DWC will keep you up to date with all the latest developments!

by Philip Bates time to read: 1 min
News Why Did Peter Capaldi Choose to Leave Doctor Who?…
News Twice Upon A Time Is Heading To Cinemas
10
%d bloggers like this: