Big Finish is celebrating 2018 – yes, already – by offering listeners discounts on a selection of boxsets; indeed, some of the best titles of the year so far! Included in this is The Companion Chronicles: The Second Doctor – Volume 2, featuring a story by the DWC’s own Tony Jones!
17 titles are available again at pre-order prices, typically meaning a saving of between £5 and £10. Not all are Doctor Who – the selection also includes Star Cops, The Omega Factor, and Dark Shadows – so there’s something there for everyone. The sale continues until 20th September.
Here are just a few of the audios at discounted prices:

1. The Curator’s Egg by Julian Richards
Zoltan Clarkson (Eccentric Billionaire, Cybernetics Tycoon, Museum Curator) had a dream of a domestic dinosaur in every home. He bought the empty county of Dorset to work on this dream and develop cyborg dinosaur hybrids in a safe, contained environment.
Now Clarkson lies insensate in the infirmary, his twin brother Andrew struggles to hold things together and dinosaurs walk the Earth. With the Doctor and Ben chasing monsters at sea, Polly has only a socially awkward scientist and the world’s friendliest dog to help her prevent the rise of the ultimate predators…
2. Dumb Waiter by Rob Nisbet
The Doctor and Victoria attend a civilised garden party. But their genial hostess, Mrs De Winter, is convinced that the garden conceals a secret; something about Carlos the head waiter who never speaks.
The hidden truth can be glimpsed by people less accustomed to the mask of politeness and cake. People like Jamie.
And people like Leela, the mysterious “warrior of the Seventeen”…
3. The Iron Maid by John Pritchard
“I saw a wheel up in the heavens – a wheel of fire and swords… And I saw a heap of armour that was waiting for a Maid to put it on. I feared that it was meant for me, but a voice said otherwise – that another Maid was coming and she would save our country from its enemies…”
The TARDIS has arrived in France in the fourteenth century – a time of devastation and despair. In an empty church beside a crowded graveyard, Zoe meets a woman who claims to see a dreadful future waiting for the world.
4. The Tactics of Defeat by Tony Jones
In the rain-swept jungle of Belize, Captain Ruth Matheson and Zoe Heriot are both about to discover just what sacrifices they are prepared to make when faced with a seventeenth century threat that might just spell death for millions of innocent people.
Does the end justify the means? Sometimes winning feels like exactly like losing…

The War Master: Only the Good 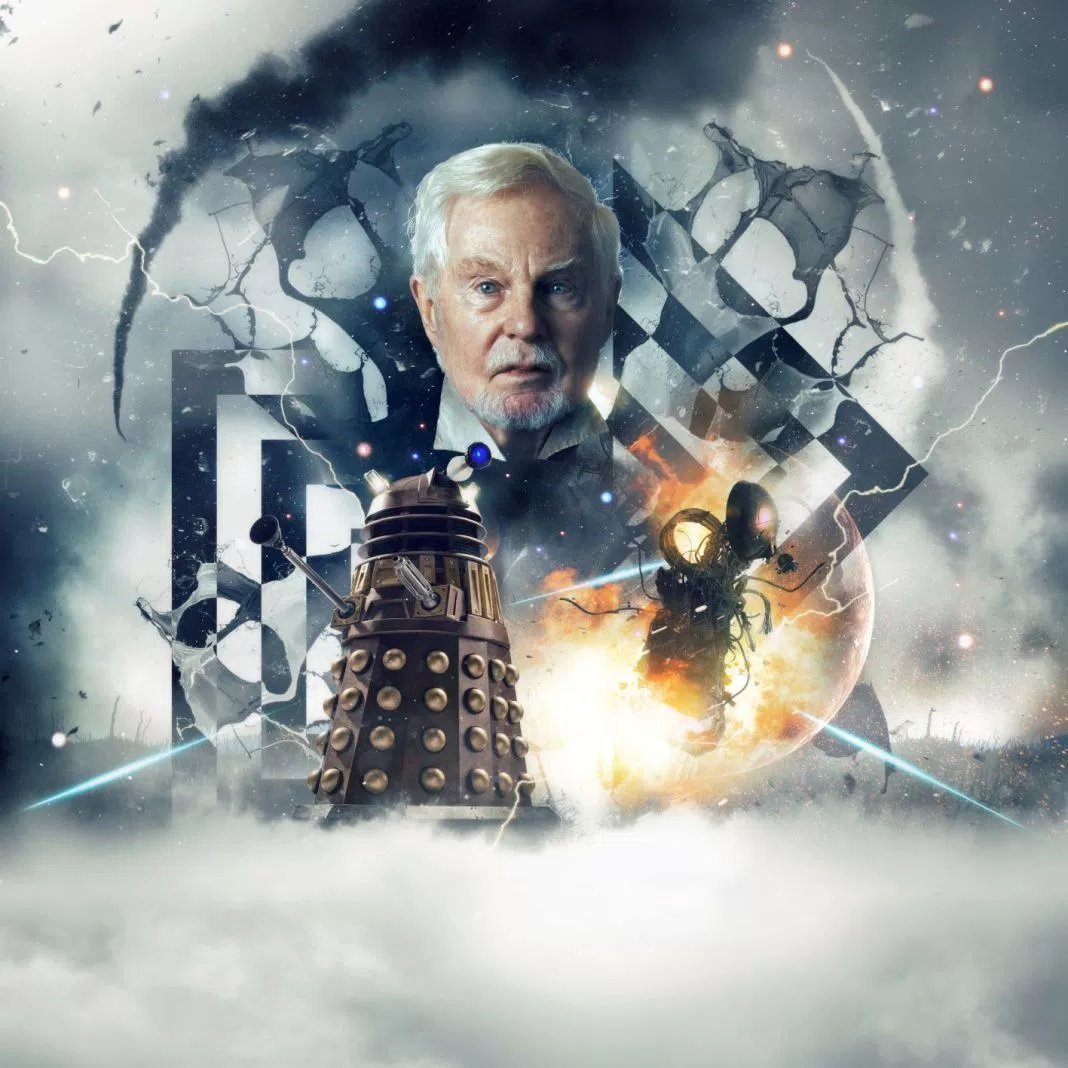 1. Beneath the Viscoid by Nicholas Briggs
On the ocean planet Gardezza, deep beneath the Viscoid, a mysterious capsule is recovered from the Time War, and an equally mysterious stranger found within. The Doctor’s reputation precedes him, even here… but can he be trusted?
2. The Good Master by Janine H Jones
The Time War rages around Arcking – a planet serving as a sanctuary for the sick and injured. But Arcking is protected by a mysterious, powerful force: a force the Master will stop at nothing to harness… even if time itself is against him.
3. The Sky Man by James Goss
When his new companion decides to save a planet, the Master indulges this most futile of requests. Materialising on a primitive, agrarian world, both the strangers quickly find their place in it… until fallout from the War invades their happy paradise.
4. The Heavenly Paradigm by Guy Adams
With his plans approaching fruition, the Master travels to Stamford Bridge in the 1970s: a location he believes might hold the key to his success. But what terrible secret lurks under the stairs of No. 24 Marigold Lane? And what sacrifices will the Master make in the name of ultimate victory? 1.1 The Destination Wars by Matt Fitton
The TARDIS arrives in a gleaming utopia in the Space Year 2003. Has the Doctor truly brought Ian and Barbara home, to glimpse their future?
The world owes much to its legendary Inventor, and Susan finds herself face to face with the great benefactor. But soon, the time travellers are in a world at war and the Doctor must confront his past.
1.2 The Great White Hurricane by Guy Adams
Rival gangs turn streets into battlegrounds, and the Doctor and his friends are caught in the crossfire. They find themselves separated, and lost in the cold.
As the hunt for a fugitive turns ever more desperate, a blizzard descends. The snow keeps falling. And soon it will prove as deadly as any weapon… Having saved the universe and restored peace at home, the Doctor and Liv go in search of their friend, Helen. Following a trail of breadcrumbs through space and time they discover an unsavoury conspiracy, and an old enemy lurking in the shadows, waiting.
1.1 Their Finest Hour by John Dorney
In the early days of the Second World War a strange and elusive craft attacks British targets. Could it be a German superweapon? Churchill calls for the Doctor’s assistance and with the help of a squadron of Polish fighter pilots the TARDIS crew take to the skies to investigate.
1.2 How to Make a Killing in Time Travel by John Dorney
A disturbance in the vortex causes the TARDIS to land on the Scapegrace space station, where Cornelius Morningstar experiments in time-travel for nefarious purposes. But the Doctor’s plan to stop him winds dangerously out of control as the different agendas of criminals, murderers and alien dynasties conspire against him.
1.3 World of Damnation by Matt Fitton
Rykerzon is a maximum-security planetoid designed to hold the most dangerous criminals in the star system. The Governor plans to reform its inmates, with the help of the Kandyman. But two prisoners prove particularly troublesome: the alien fugitives known as the Eleven, and Miss Helen Sinclair.
The Doctor and Liv have finally tracked down their friend – but are they too late?
1.4 Sweet Salvation by Matt Fitton
The Eleven has the authorities in the palm of his hand and an entire world held to ransom when the Kandyman cooks up a deadly confection containing a secret ingredient. In a last-ditch attempt to prevent disaster Liv teams up with a desperate criminal, and the Doctor must decide whether Helen is still his friend.
Head over to Big Finish and follow the instructions to take advantage of these offers!

by Philip Bates time to read: 4 min
Merchandise Christopher Eccleston's Memoir to be Publishe…
Merchandise The Secret in Vault 13: Blurb for First Thirteenth…
0
%d bloggers like this: