Published this month by Who Dares, Blake’s Legacy – 40 Years of Rebellion celebrates a landmark anniversary for one of British television’s most enduring sci-fi series.
The book is the latest anthology release under the You and Who banner, an independently published series which explores what Doctor Who and other cult series mean to their fans.
The publishers describe Blake’s Legacy as “full of accounts by authors reporting how they have formed life-long friendships, and how their lives have been changed for the better since learning about the activities of Blake’s 7.”
Blake’s 7 was a series with close links to Doctor Who, with many of the same people involved in both programmes, both in front of and behind the camera. Created by Terry Nation, who pitched the idea as ‘the Dirty Dozen in space’, it ran for four series from 1978-1981 and, rather like Doctor Who during its long absence from the screens, has had an enduring fan base who didn’t let the fact that the series wasn’t being made any more deter them. Check out our 10 Reasons Why You Should Watch Blake’s 7 for a handy primer. 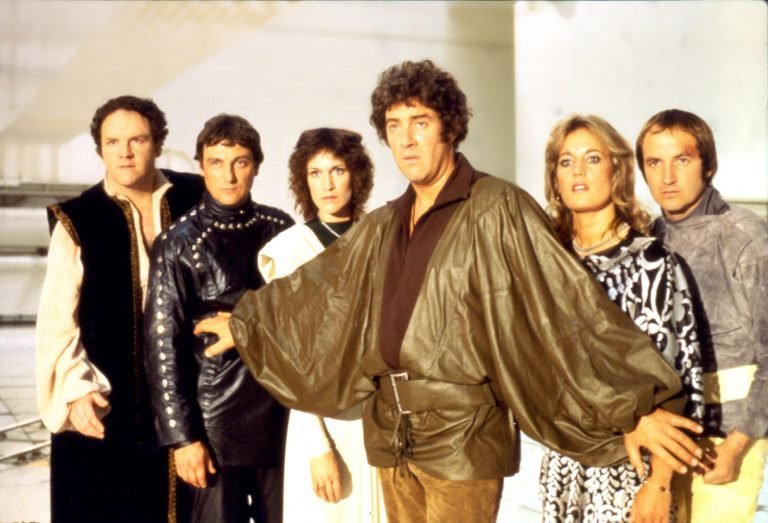 Names familiar to Doctor Who fans who have contributed to Blake’s Legacy include Una McCormack and Trevor Baxendale, both responsible for numerous novels and audio releases.
I should also declare an interest by saying Blake’s Legacy includes an essay written by myself, something of a labour of love for me as I take a trip back to Monday evenings on BBC1 and contemplate Blake’s 7 without its title character (it includes the words ‘personnel changes’, ‘brutal’, and ‘Space Monopoly’). [It’s also a brilliant piece which we highly recommend for DWC readers – Ed.]
Profits from Blake’s Legacy will go to Alzheimer’s Research UK, the UK’s leading dementia research charity.
With forewords by Blake’s 7 actors Michael Keating, Jan Chappell, and Stephen Greif, Blake’s Legacy is published on 25th September 2018, priced at £14.99 and is available to order from Who Dares.