Conquest of the Egg: A Look at The Moonbase and The Seeds of Death

In the 21st Century, the moon became a busy place.

After the Moon Creature hatched and laid another egg in 2049, which replaced the satellite we had come to know for so many centuries before, the tenth German moonshot took place.

A year later, work began on the creation of the Gravitron, a unique concept that intended man to regulate and control the Earth’s weather by controlling its tides. By the end of the 2050s, the hardware was fully functional and was part of day to day living for those living on the planet below. During the peak of its operational history, it was manned by an international all-male team of scientists. So much for equality.

But the ability to dominate weather was something that hadn’t gone unnoticed by the Cybermen, a race of cybernetically-enhanced humanoids who had originally come from Mondas, Earth’s twin planet.

It had long been the considered opinion that Cybermen had kept altering their form, adapting and improving on their technology as the years progressed. It is more commonly believed now, however, that the Cyber-race was in fact resultant from several disparate groups of humanoids who simply had the desire to survive – albeit at the cost of their emotions. Yet, over time, they became one nomadic race, with groups of Cybermen still existing independently but somehow nevertheless all linking back to a core ‘hive mind’, a Cyber-Controller or Cyber-Planner, if you will. In many ways, they echoed a race called the Borg that existed in an alternate universe of a United Federation of Planets.

In 2070, at a time when the Cyber-race had been conspicuously silent, the moonbase housing the Gravitron was infiltrated. It was slow at first, a bizarre plague incapacitating the Gravitron crew.

In 1966, the production team began tapping into ideas inspired by the Space Race, a term coined by the media of the day to cover the efforts of the Soviets and the Americans to conquer space. The Cybermen had proved incredibly popular after their first appearance in the rather marvellous serial, The Tenth Planet and so it made sense that a second bout would be on the cards. 1967’s The Moonbase, written in 17 days by Kit Pedler (but predominantly finished by Gerry Davis due to Pedler being hospitalised by an illness) under the working title of Return of the Cybermen, was the first time the series had been set on the egg- sorry, moon. Frazer Hines, interviewed for the DVD release, admitted he hadn’t watched the actual moon-landing in July 1969, cheekily saying he’d “been there, done that.”

The Cybermen themselves had undergone a radical redesign: gone were the cloth faces and the human hands. Instead the actors were fully enclosed in a silver jumpsuit, gloves, and boots. The new helmet retained the ‘jug handles’ and so the silhouette of the Cybermen was now permanently fixed. Actor John Levene landed his first role on the series as one of the silver giants. As well as later playing a Yeti, he would of course find fame and recognition as the reliable and loyal Sergeant Benton alongside three Doctors, Patrick Troughton, Jon Pertwee, and Tom Baker.

Meanwhile, Earth authorities were considering the use of the Moon as a gateway to the solar system and had begun to install matter transmitter units, monikered ‘T-Mats’, on a second moonbase.

The plague, it was discovered, wasn’t a plague at all, but a contamination of the sugar stocks by the Cybermen. When the Doctor unearthed (unmooned?) their plan to control the destruction of life, it was obvious that the one weapon that the Moonbase crew had was the whacking great big gravity machine they spent their working life fixing, using and leaning against. And so the invading Cyber-army and their flying saucers were dispatched into space by pointing the Gravitron towards the lunar surface.

I’ve got a great fondness for The Moonbase. Its novelisation by Gerry Davis, Doctor Who and the Cybermen, was the very first Target I bought (and from the Longleat shop, to boot). I was just 10 years old and I read it over and over. It was the (then new) 1981 reprint, the cover of which featured Cybermen never seen on TV and, to my mind still, a great iteration (albeit they were gold on said cover!). The serial itself was released part-animated on DVD in 2014, following an earlier VHS appearance of episodes 2 and 4 on The Cybermen – The Early Years.

The T-Mat system was by now a fully operational transportation system for goods and people across the Earth and beyond, thereby relegating to museums aircraft and space vessels. It is one of these museums that the Doctor and his companions land.

When contact with the T-Mat HQ on the Moon was lost and the T-Mat system itself failed, no one on Earth was able to pilot one of the old spaceships to get up there to investigate. Luckily, the Doctor knew about such things so headed up the mission to the Moon to discover a cell of Martian invaders up to no good.

The Lords of the Red Planet first seen in The Ice Warriors proved popular with viewers and so a second round was decided upon for the 1969 season. It was the second and final time they would face off against Troughton’s incarnation. Brian Hayles, who created the Ice Warriors, also returned to write this script but it was extensively rewritten by script editor Terrance Dicks, who felt that Hayles’ resolution was a little flat. Interestingly, an early draft featured a character called Nik (created by Dicks) who was an intended replacement for Frazer Hines’ Jamie. As we all know, however, Hines stayed on until the very end, making his character’s relationship with the Doctor one of the strongest of the series’ classic era.

The Martians intended to use the T-Mats to distribute seeds of fungus across the Earth which would kill all life and make the planet more inhabitable for them. Why they weren’t happy where they were on Mars was never made explicitly clear. Perhaps they just wanted a change of scenery. These ‘seeds of death’ (see what I did there?) bizarrely wouldn’t germinate if doused in water. I tried adopting the same technique for my tomatoes the other month. Didn’t work. They just shrivelled up. Not unlike my once-unconditional love for Doctor Who once Chris Chibnall took over. Anyway… the Doctor, being an all round fun-guy (I amuse even myself) and having found out about this remarkable feature of the mouldy alien pods, used water to scupper the Ice Warriors’ plans and save the world. I guess had he failed then the fungus would have sprouted, making the Earth all crowded, not leaving mushroom (oh, somebody stop me) for anything else.

I first saw The Seeds of Death via the BBC’s first commercial release (on VHS), as a non-remastered omnibus in 1985. It was also the first time I had ever seen the Ice Warriors per se and, I have to be honest, I wasn’t taken by them at all. I couldn’t get over the incredibly annoying heavy-breathing and/or hissing the Martians adopted as part of their ssssspeech patternsssss. That, coupled with the analogue hiss of the video soundtrack itself, made me feel like I was sitting through a serial of Doctor Who while my mum was using her pressure cooker on full steam in the kitchen. As a result, even today all these years later, the Ice Warriors and all of their appearances before or since rank low on my list of series monsters. I can’t hear anything but that damned hiss they do! Still, being the true fan that I am, I bought the DVD release 18 years later. I don’t think I’ve ever watched it. However, I did enjoy Gary Russell’s Legacy, which formed part of Virgin Publishing’s New Adventures range. Probably because there wasn’t any hissing. Well, not from the book anyway.

Plagues and spores. Two ways to get at humanity and both from a whacking great big space egg. It’s all go, up there. What ever next? Judoon on the Moon? Well, that would be silly. 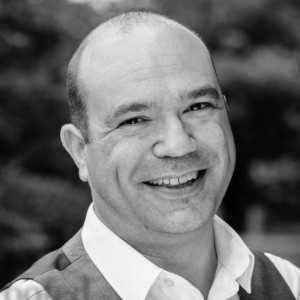 Conquest of the Egg: A Look at The Moonbase and The Seeds of Death

by Elliot Thorpe time to read: 5 min
Features Why the Reported Casting of Lashana Lynch as the N…
Features Our Moon Baby: Why I Like Peter Harness' Visi…
0
%d bloggers like this: