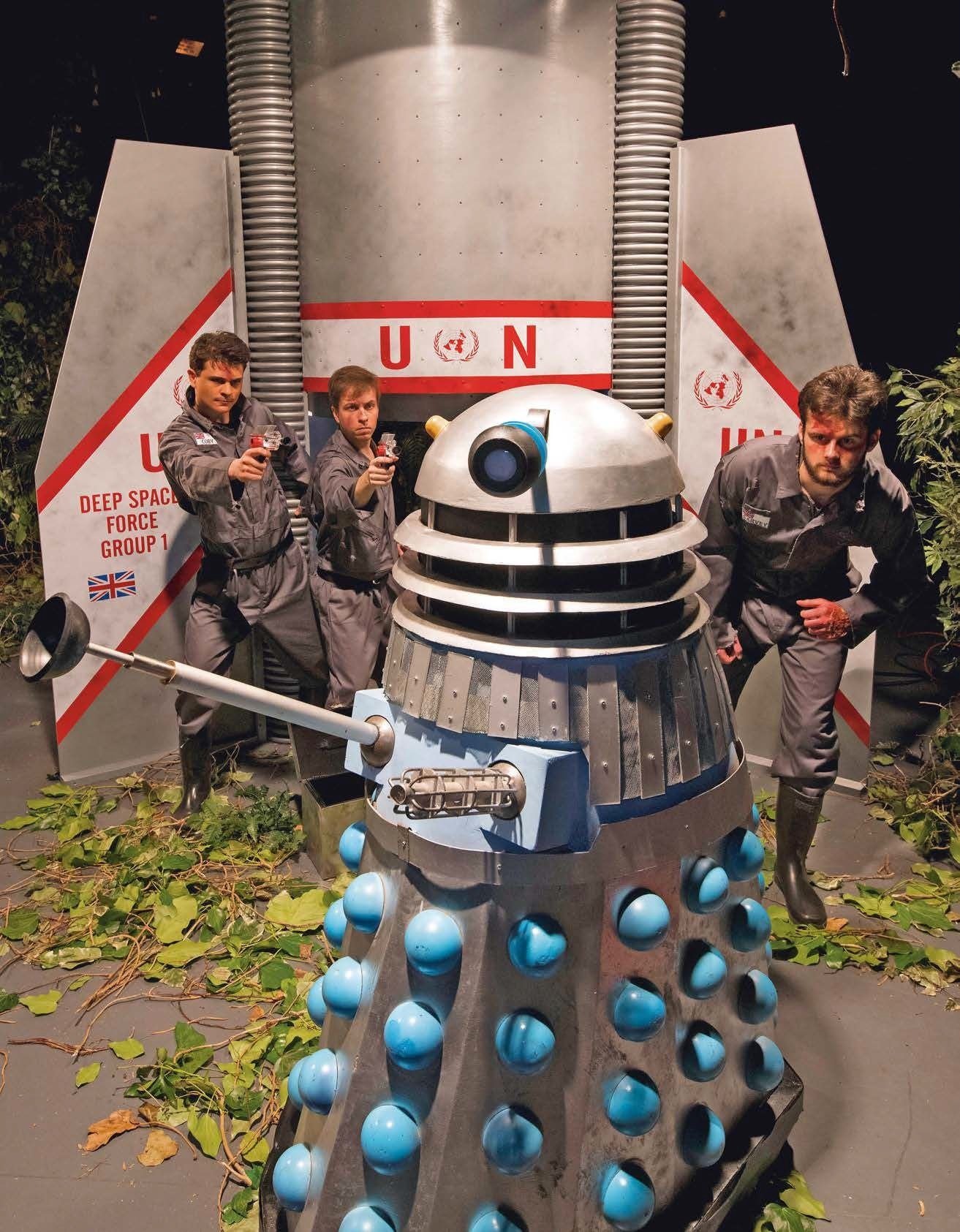 When I first began my Doctor Who journey 7-odd years ago, I started with the Classic Series. I have a very addictive researching personality (as weird as that sounds), and as such I fell deep into the lore and history of the show. I discovered very quickly that there were a number of missing First and Second Doctor episodes, and this fascinated me. One such serial that I have been very open about my desire to see – in any form – is The Daleks’ Master Plan and its prequel episode, Mission to the Unknown. The latter serial was a one-off, shot and aired to give the main cast a holiday, and as such is the only story in Doctor Who history to not feature the Doctor, his companions, or even the TARDIS. This was thought lost for the last 54 years since its release, but now, in 2019, we have as close to the original version as we are going to get, and I couldn’t be more excited.

The landscape for a full-scale reconstruction has been in the works for years. It began, I feel, with An Adventure in Space and Time, wherein David Bradley was cast as the First Doctor. It was a bold move, and one that fans adored. Following this, we started getting animations of lost episodes combined with the original soundtracks (recorded by ingenious fans way back when). These became very popular with the fans as well, and the stage was set: it was now or never. A reconstruction felt inevitable, and what better episode to start with than one that doesn’t feature the Doctor at all: Mission to the Unknown.

The recreation itself was spearheaded (from space) by Dr. Andrew Ireland, the Pro Vice-Chancellor (Digital and Creative Industries) from the University of Central Lancashire. It was mounted as a part of the university’s Sci-Fi Week project and aimed to give students an understanding of the methods and limitations of television production in the 1960s whilst presenting a completely accurate and authentic recreation of a missing Doctor Who episode. The production team was made up of students from the university, as well as a special guest in the form of Nicholas Briggs providing those terrifying Dalek voices.

The team also received a special visit from two Classic Who veterans: Peter Purves, who played First Doctor companion Steven Taylor from The Chase (1965) to The Savages (1966), and Edward de Souza, who played Marc Cory in the original Mission to the Unknown. Both of them were blown away with the quality of the production, with Purves stating:

“I’m incredibly impressed with what’s been done with the whole production; it looks and sounds authentic. I watched the first scenes being filmed and they’re faultless. I’m amazed – I think it’s terrific.”

With that being said, if you haven’t had a chance to watch the episode yet, be sure to check it out at the link below before reading our review!

If you’ve read about my obsession with The Daleks’ Master Plan, then you can imagine how excited I was to see this recreation trailer drop. Hell, no, you can’t. I don’t think I’ve ever been this excited for a piece of media before in my life – album, film, novel, anything. I’ve heard the audio recordings for Mission to the Unknown a hundred times over. I’ve seen the Loose Cannon reconstruction more than that. I’ve read the novel and dreamed of what the finished episode would have looked like, and never in my wildest dreams did I ever expect to see it. Or – something so close, it’s uncanny.

‘Uncanny’ is the right word here. If you had told me that the BBC found this missing episode and then showed me this recreation, I would not have batted an eyelid. Yes, it’s that good. On a technical level, the camera work is flawless, the acting is believable as hell, and the way it’s shot and edited is perfection – even the actors look exactly the same as their ’60s counterparts, and I have no idea how they lucked out to such an extent. It felt like I was actually watching an episode of Sixties Doctor Who, and that to me is a testament to the hard work and clear love that went into the making of this episode.

At first, I thought that this recreation was simply using actors on screen miming alongside the original audio, but it wasn’t until I saw the behind the scenes footage that I realised this was all real. The sets were perfect reconstructions of the original ones; those were actual BBC Daleks being used on-screen; and the costume and make-up department deserve the biggest round of applause for making the actors look as picture perfect to the original as possible.

I know, I’m gushing: I walked straight from my couch to my laptop to type this and I haven’t stopped for a second since.

It’s insane to think that something like this is even possible – let alone the fact that it was given the all-clear from the BBC and the Terry Nation Estate. The sheer willpower to pull off something at this scale is unlike anything I’ve ever seen, and while I know that this episode was so successful due to the fact it didn’t need to recast a Doctor or companions, it makes me wonder what an episode like that could look like with a team like this behind it.

Mission to the Future

The future is unknown in terms of where we go from here.

Will we get more of these? Will Bradley come back and give us Marco Polo? Or (as I and countless others are wondering) does this set the stage for a Daleks’ Master Plan reconstruction or animation?

Either way, it’s logistically within reason, but my mind is spinning with possibilities. Would they recreate the remaining three episodes (2, 5, and 10) to keep it consistent? Or just shoot the missing 9 and make it look as authentic as possible? Mission to the Unknown has proven that it is possible, and the doors that this could open up – especially after the reception it has received – are astronomical.

As if it weren’t clear enough, we should definitely support the life out of the team from UCLan – they’ve given us something truly amazing. Personally, I would love to see more of this, but further to that: a DVD release. Throw in the “making-of” video (below, and well worth the watch) with some more behind-the-scenes, give us the full interview footage and Q&A with de Souza and Purves, and put his animated version on disc (with all of its special features) while you’re at it!

There is certainly enough to warrant a special DVD or Blu-Ray release, so give the people what they want! Or… just me at least (please).

We would love to hear from you, our faithful readers. What did you think of this recreation? Do you want to see more like this, or are you happy with this just being a one-off event? Sound off in the comments below! 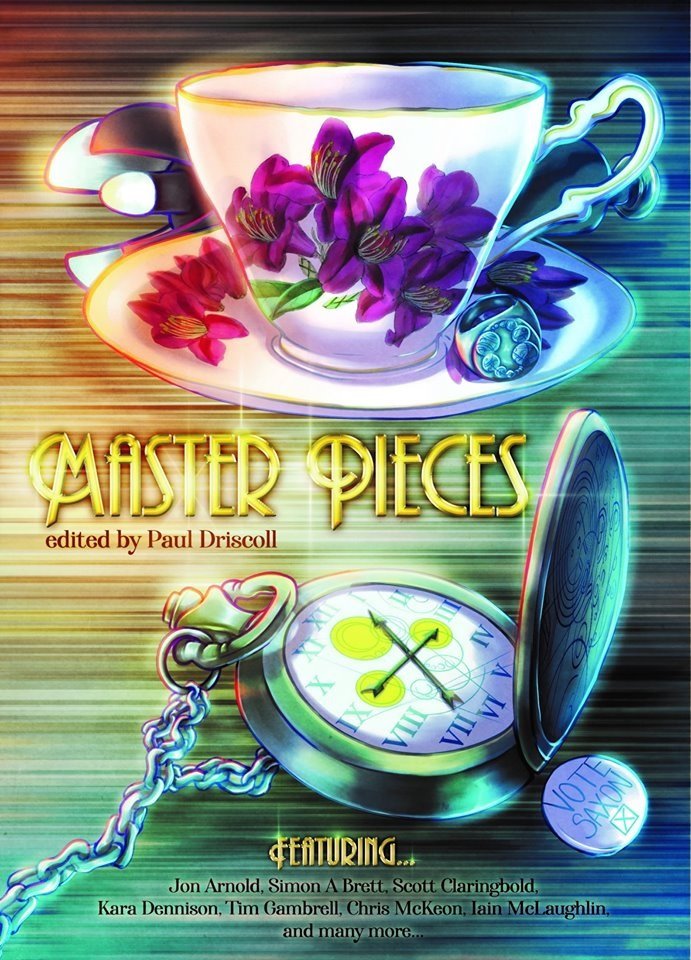