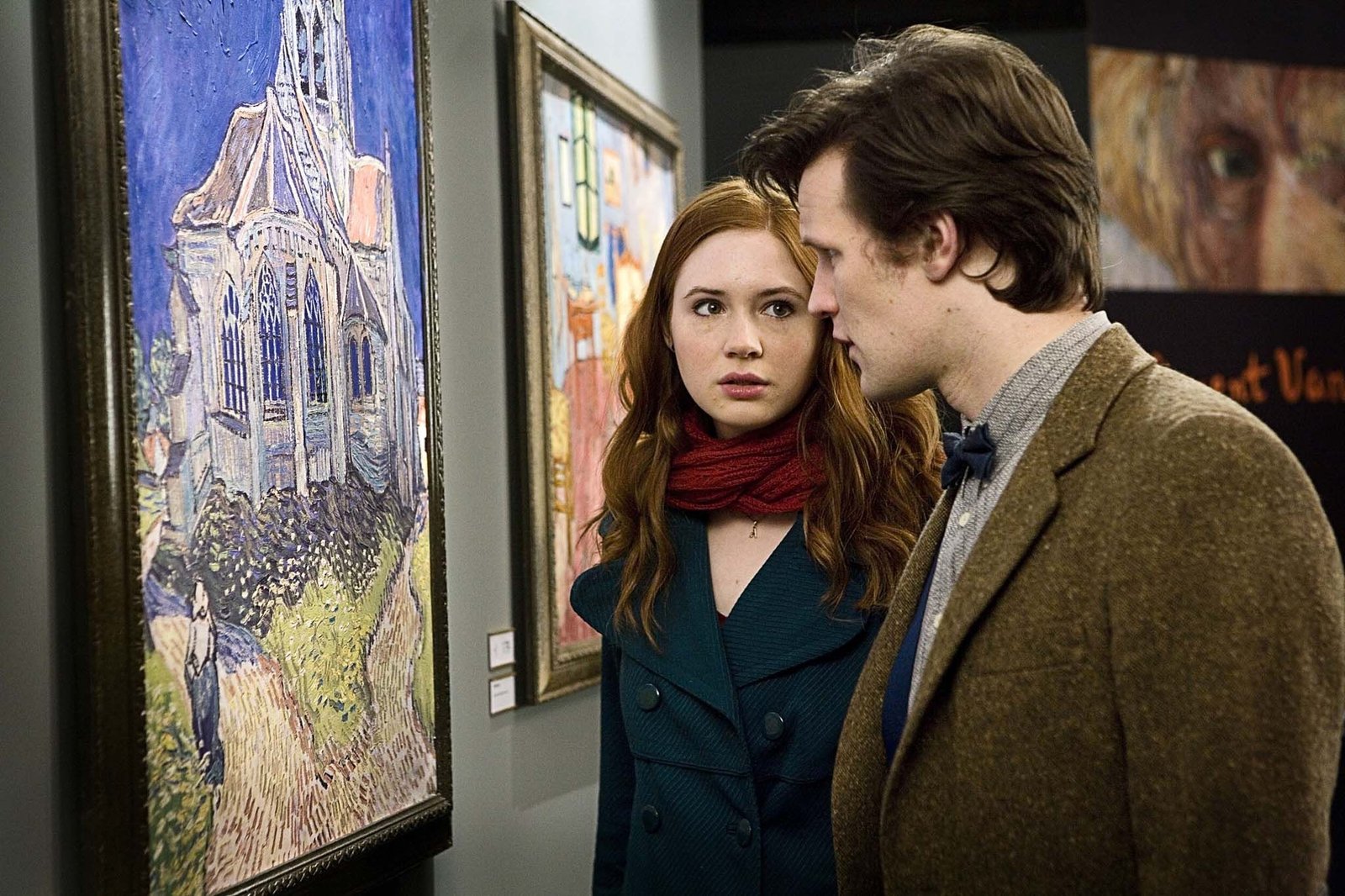 The 7th episode in Doctor Who’s current run has raised the customary ill-tempered online debate, and about more than merely its merits as a piece of drama. Our own Jonathan Appleton has reviewed the episode and describes it as ‘a welcome chance to get to know the current TARDIS crew’:

…this felt to me like one of Chibnall’s best in his time in charge: a story that kept me guessing, skilfully brought to life on the screen, with enough different elements to hold my interest and, best of all, some proper old-fashioned Doctor Who scares.

Co-written by Charlene James and Chris Chibnall, and directed by Emma Sullivan, Can You Hear Me? is superficially a tale of the TARDIS team taking on a sinister apparition who collects nightmares with the aid of detachable, ear-seeking fingers. It turns out that this is Zellin, an immortal from the infinite wasteland that produced the Guardians and the Eternals. Zellin (played by Ian Gelder of Game of Thrones, Torchwood: Children of the Earth, Series 11’s The Ghost Monument, and His Dark Materials) is channelling dreams to sustain the life of his consort, Rakaya (Clare-Hope Ashitey of Children of Men) who has been imprisoned between colliding planets.

So far, so much an average outing for ‘the Fam.’ But this episode also addressed the difficult subject of depression, anxiety, and the inner demons to whom we all play host. We meet Tahira (Aruhan Galieva), a young Syrian woman from Aleppo in 1380 who, having long grappled with monsters in her head, now faces them out of it. We see Yaz’s flashback to her troubled teenage years and the averted attempt to run away from home, still commemorated by her and her sister, Sonya. Ryan visits his friend Tibo, who lives behind locks and struggles to face the world beyond his door, while Graham confronts his fear of further cancer and his survivor’s guilt for outliving Grace. The Doctor, meanwhile, has visions of what may – or may not be – the ‘Timeless Child.’ Ryan and Yaz also consider the distance – spatial, temporal, and experiential – that travel in the TARDIS is placing between them and their pre-Doctor lives.

It is the extent to which the episode deals with these issues well that has prompted the most disagreement. Is Can You Hear Me? a sensitive and thoughtful examination of depression or a muddled and superficial attempt to tick off yet another big ‘issue’? One flashpoint was the scene in which Graham confides in the Doctor about his fears of his cancer returning. He tells the Doctor, ‘I thought I should talk about it, because those nightmares made me realise the fear is still there.’ The Doctor then replies:

I should say a reassuring thing now shouldn’t I?… I’m quite socially awkward, so I’m just going to subtly walk towards the console and look at something. And then in a minute, I’ll think of something that I should have said that might have been helpful.

This seeming lack of empathy rang like a cracked cloister bell for many fans, while others note that the Doctor has frequently been emotionally maladroit and bemused in the face of human emotions. The episode itself arguably didn’t say much either: other than to remind us that many people deal with mental health problems every day and advocate that, like Tibo, nobody should be afraid of reaching out.

Sunday night also saw another episode of Doctor Who to deal with depression trending on Twitter: 2011’s Vincent and the Doctor. Written for Series 5 by the feted Richard Curtis, Vincent saw the Eleventh Doctor and an unknowingly bereft Amy Pond encountered the chronically depressed and lonely artist Vincent van Gogh in 19th Century Auvers-sur-Oise. With lush filming, a leisurely, character-driven pace, and a typically Curtisesque emotional ending, fans and critics have largely overlooked the dreadful CG chicken-monster to rate it as one of the greats of the Moffat era. Whether or not it too has anything substantial to say about depression (Eleven’s speech, below, divides opinion), it arguably tackles depression in a more focused manner than Can You Hear Me? It also seemed to escape the accusations of ‘wokeness’ (whatever that is) that afflict the current series.

Can You Hear Me? has divided opinion and provoked debate – surely a good thing when it’s civil and constructive. If social media is any measure, while many did not care for it — as a meditation on depression, as a drama, or as both — others found it spoke to them and provided comfort. And even if some people did not like what the episode had to say, it proved to people living with depression that at least Doctor Who can hear them.

by David Traynier time to read: 3 min
News Celebrate 15 Years of Revived Doctor Who With Aldr…
News Doctor Who Series 13 Begins Filming in September 2…
0
%d bloggers like this: