Reviewed: Doctor Who – Can You Hear Me? 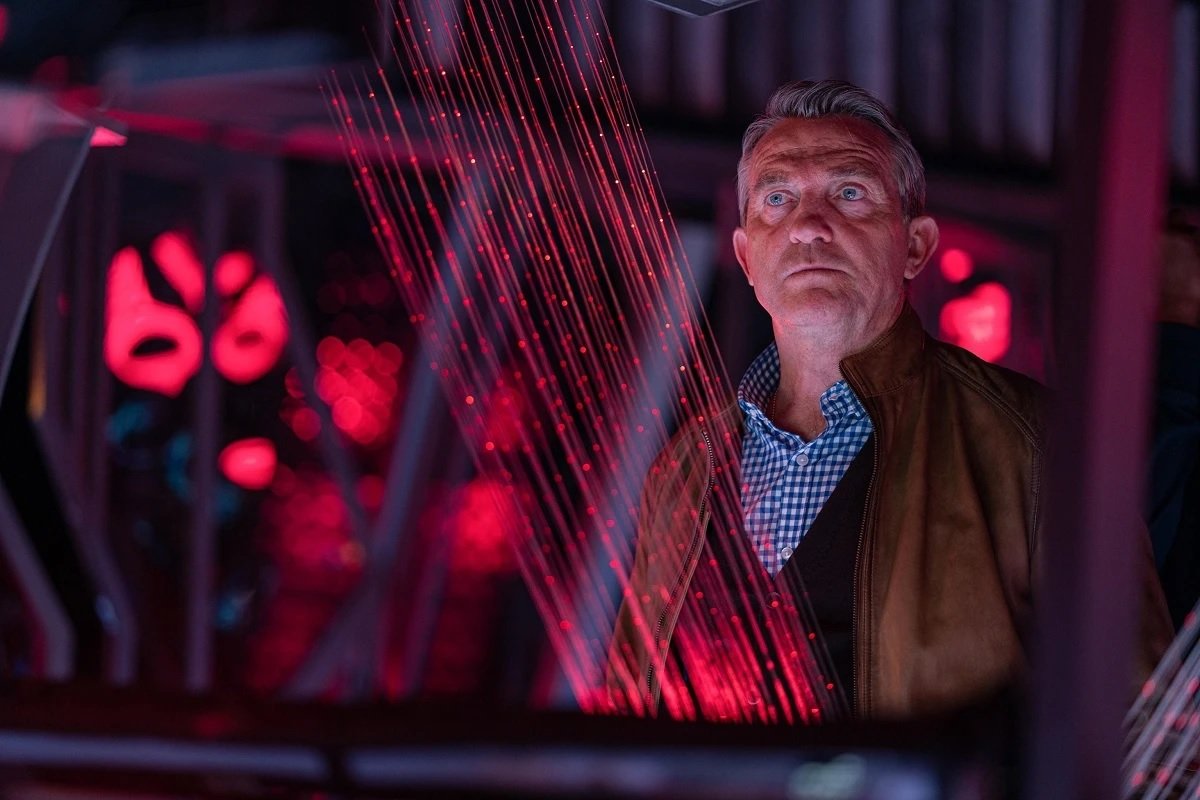 Encounters with all-powerful intergalactic God-like figures are a standard plot which most sci-fi series have tried at one time or another. Dear old Gene Roddenberry clearly had a soft spot for them because the original Star Trek would roll one out roughly every other week. Doctor Who has tried this particular trope a few times, of course, and this week we even had a handy run down of previous instances thanks to those references in Zellin’s dialogue to Eternals, Guardians and, well over 50 years since his single appearance, the Toymaker. So a good deal of credit is due to writers Charlene James and Chris Chibnall for finding a way to use some very familiar ingredients and still come up with an engaging episode.

They managed it by keeping the nature of the threat a mystery for a good portion of the running time and making us jump with some very effective scares along the way. The horrors came thick and fast, perhaps too much so for some parents’ liking, with nightmares becoming very real centuries ago in Syria (and how good was it to have the pre-credits sequence back?), in modern day Sheffield, and even in a child’s bedroom (sleep well, kids; the spirit of Mary Whitehouse will watch over you…).

Rampaging immortals Zellin and Rakaya certainly looked the part, their appearances a mix of ancient druid earthiness and X-Men-style chic. It was a nice twist for Rakaya’s plight to gain our sympathy by having her imprisoned in a Time and the Rani-esque bubble before the truth emerged later on. The look of the episode certainly contributed to the unsettling feel, with a darkened colour palette drawing us in to all those bad dreams. Tahira felt a little too contemporary to convince me she was from 14th Century Aleppo, but Buom Tihngang did well as Tibo, a young man slowly becoming a prisoner in his own flat.

Dreams can be difficult to describe to other people and are never easy to convey on screen (The Sopranos was one of the best dramas of all time but it always lost me whenever we saw Tony mounted on his horse in the land of nod), but that woozy feeling of things being familiar yet also somehow wrong was well-realised in the sequences where we saw Yaz (Mandip Gill) on the moors and Graham (Bradley Walsh) in hospital, heartbreakingly being given bad news by Grace (Sharon D Clarke) in the coldest way.

And we got an animated sequence in Doctor Who! All those years since that map showing the travellers’ progress in the long lost Marco Polo and we finally get some more animation embedded in the show. Beautifully realised too, and just the kind of thoughtfully done element that was needed to lift what could have been a somewhat routine story.

The episode was also a welcome chance to get to know the current TARDIS crew (no, I’m not saying ‘team’ or ‘fam’) a bit better. This was probably overdue given we’ve had a series and a half with them now without getting a sense of the companions as real people. But I felt the mental health theme was sensitively handled and tied in rather well with the idea of our everyday fears becoming manifest in front of our eyes.

Some have questioned why Yaz’s running away at a difficult time in her life had never been brought up before, but it’s surely not so unusual that someone who had been through that prefers not to bring it up. I did laugh at one wag’s comment that she should have given the police officer a Brexit-themed 50p… The script has come in for some stick for the Doctor’s at-a-loss response to Graham confiding in her, but I for one recognised that sense of awkwardness, of wanting to show support yet not say something crass that we all must have had.

Ongoing elements were not at the forefront this week but were still present. Probably the most significant was Ryan (Tosin Cole) questioning his future travelling with the Doctor, with Yaz also sensing that she’s missing out on family and work life. The Timeless Child got another namecheck, but it feels like that one could run for a while yet so I’m not going to get too excited there. And still no mention of Doc Martin (that’s the best I can come up with for a handy moniker for the new incarnation, though it would surely get confusing when Big Finish launch the inevitable spin-off range – just imagine the letters of complaints from disappointed Martin Clunes devotees).

Can You Hear Me? was an episode that’s unlikely to convert many critics of the current version of the show. The jumping between disparate locations, the use of the companions, and the suspicion no doubt harboured by some that a worthy theme is being inserted into the drama all combined to make that unrealistic. But this felt to me like one of Chibnall’s best in his time in charge: a story that kept me guessing, skillfully brought to life on the screen, with enough different elements to hold my interest and, best of all, some proper old-fashioned Doctor Who scares. As Zellin put it, a good game.

Reviewed: Doctor Who – Can You Hear Me? 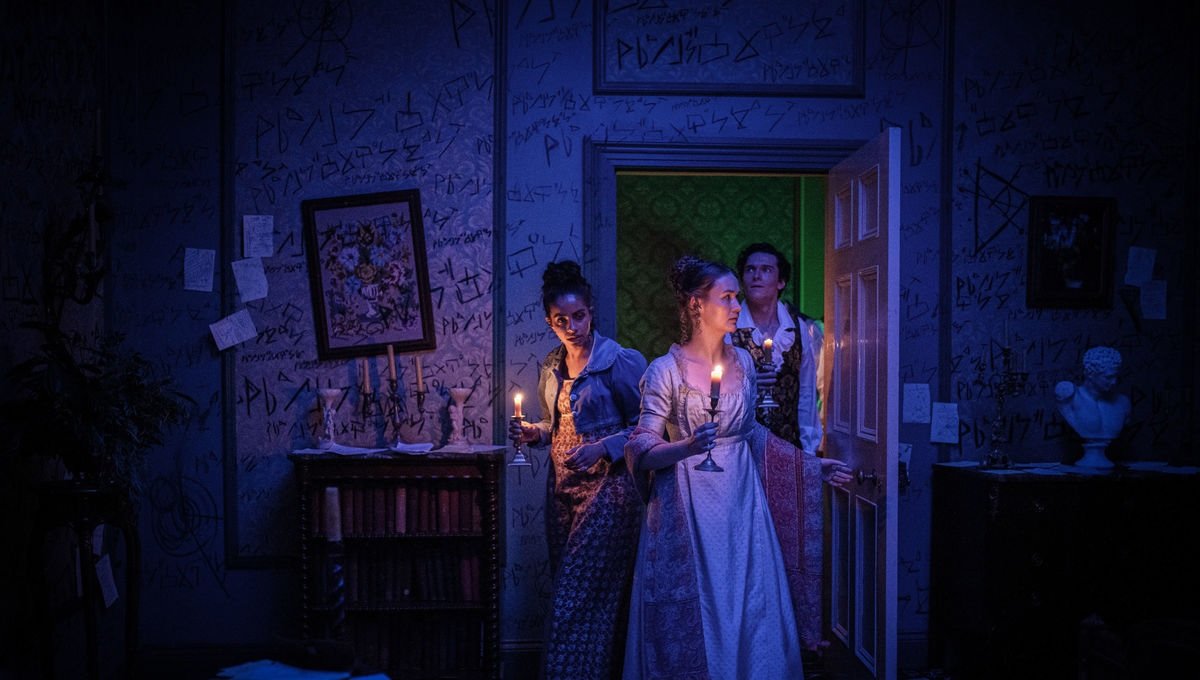 Doctor Who on TV Reviewed Reviewed: Doctor Who – The Haunting of Villa… 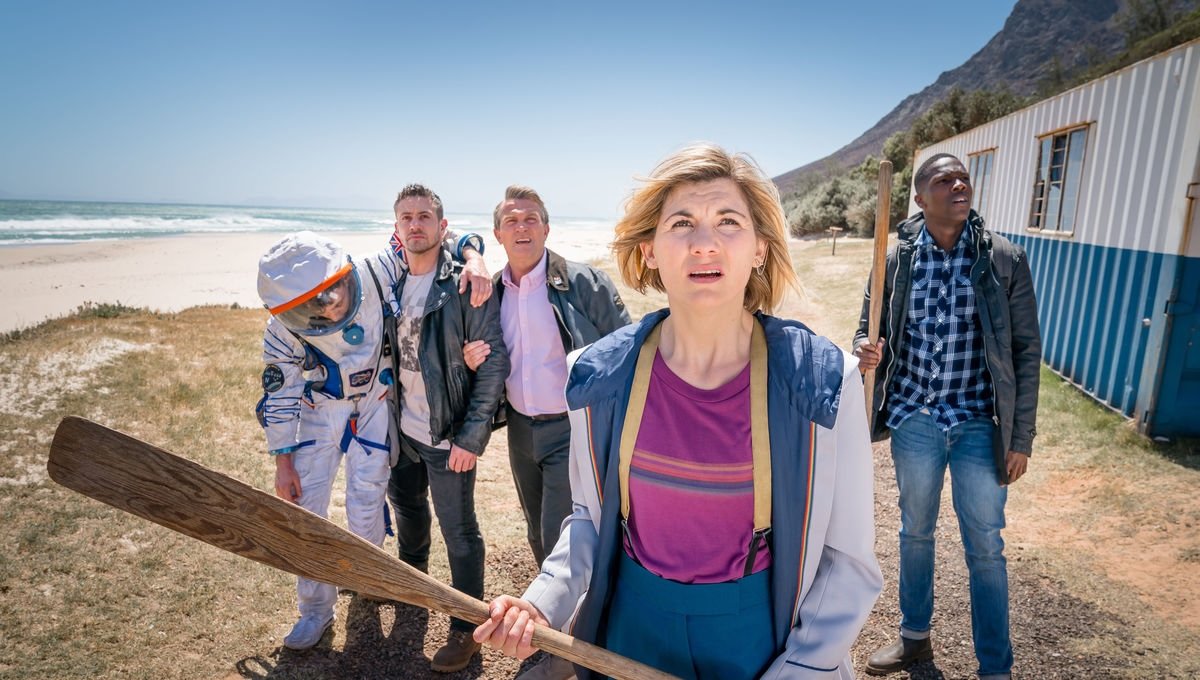