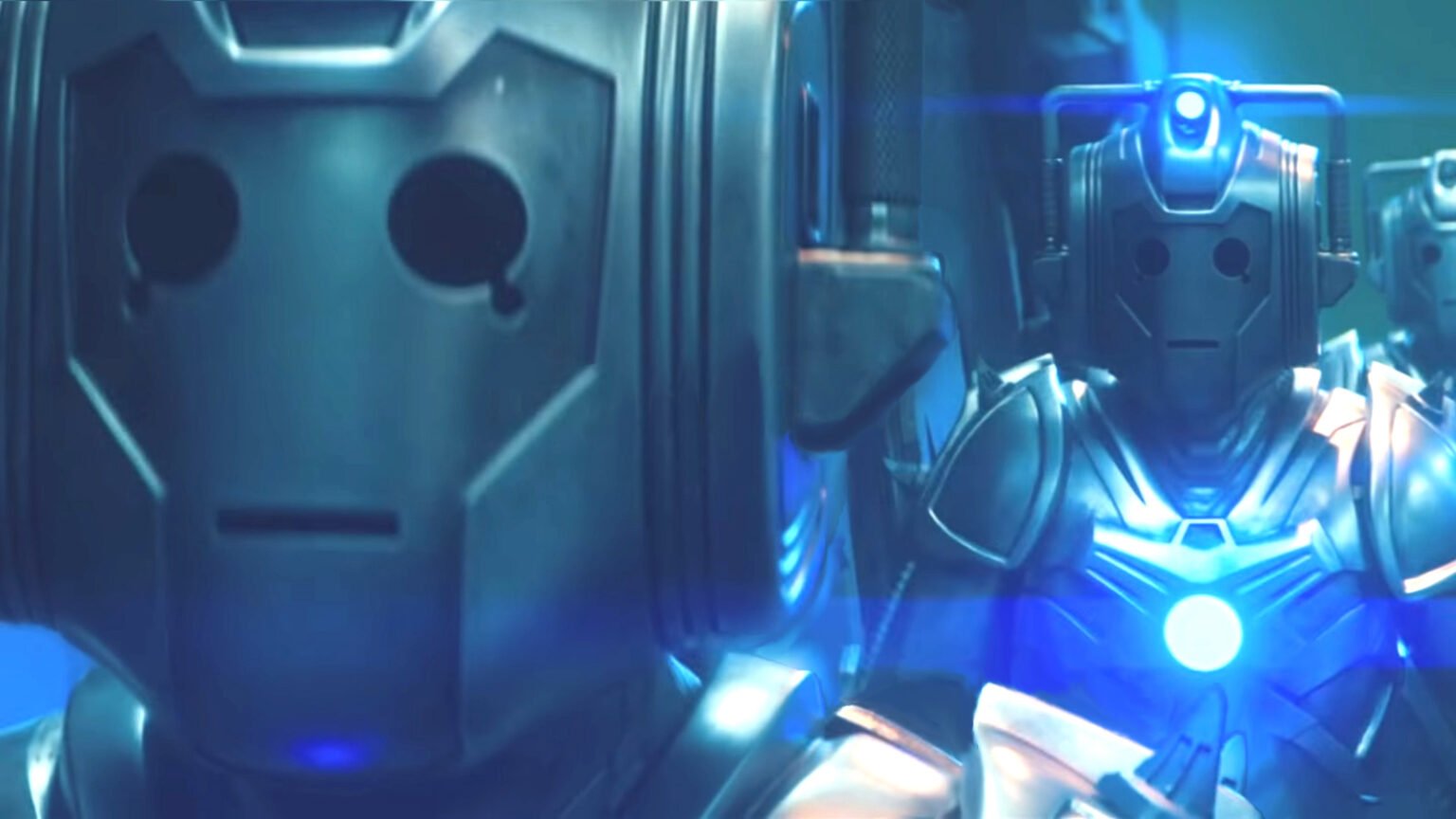 The latest trailer for Doctor Who Series 12 is out, recapping the shocking plot twists and giving us a few new glimpses of the newest design of the Cybermen.

Their appearance looks very much like a combination of the most recent designs from the Russell T Davies and Steven Moffat eras, as well as some from the Classic serials (Revenge of the Cybermen in particular).

Here’s what Chris Chibnall reveals about the first half of the two-part finale, Ascension of the Cybermen, in Doctor Who Magazine #548:

“They’re relentless, single-minded and brutal That’s the essence of their ‘monster personality’. The nightmare is how do you escape them? Because they’re around every corner and they just won’t stop. The humans are desperate and the Cybermen just keep going.

“Ascension of the Cybermen is one of those episodes where the Doctor and her friends are all on the run from different threats. We head into the next episode with the jeopardy of whether they’re ever going to meet up again…”

Also on the second half, The Timeless Children, which also happens to be an extended finale:

“The Timeless Child is mentioned as far back as The Ghost Monument [2018], and the final episode of this series is where some of those questions get answered. It’s a huge, emotional finale with lots of Cybermen. And it runs for 65 minutes.

“It’s both epic, and personal. This is what you’re always looking for in a series finale – the way the big, universe-threatening story impacts on the personal lives of your characters. And categorically that’s what’s happening in this episode.

“Watch this episode live. Or as soon as you can…”

He’s right. This is the kind of epic we should all be treated to, not a rushed standard-length episode like The Battle of Ranskoor Av Kolos which lacked the essence of a finale – unlike Resolution. By the way, I love the final two individual titles since they will, of course, correspond with the Timeless Child story arc. But it would’ve been nice if they had given both halves a single title, just like how they did with Spyfall.

And isn’t it fantastic that Captain Jack Harkness’ warning about the “Lone Cyberman” is already coming true? No doubt we could get some further, less spoiler-y, teasers over the next few weeks.

In the meantime, you can watch the trailer if you’ve caught up with Series 12 thus far.

by Andrew Hsieh time to read: 2 min
News Will We Learn Everything About the "Timeless …
News What Did You Think of Doctor Who: Can You Hear Me?…
0
%d bloggers like this: