Here are words I didn’t think I’d be lucky enough to type: Rory Williams is back!

The Eleventh Doctor companion, played by Arthur Darvill, returned for a specially-filmed scene written by Neil Gaiman and released just before the worldwide rewatch of the Doctor Who Series 6 episode, The Doctor’s Wife.

The video finds Rory in New York City in 1946 – after the events of The Angels Take Manhattan – mulling over his journeys with the Doctor and Amy Pond. Watch it now:

And yep, what a lovely surprise voice cameo!

Rory’s Story features music by Class‘ Blair Mowat, based on the scores of Murray Gold, so this feels like a real gem unearthed from that period of the show.

It’s wonderful that these Lockdown Who projects – which have previously included Rose, The Day of the Doctor, and Vincent and the Doctor – are resulting in such an expansion on the show’s mythos. The next rewatch will be of the Twelfth Doctor episode, Heaven Sent, and takes place tonight (Tuesday 14th April 2020) at 8pm BST. 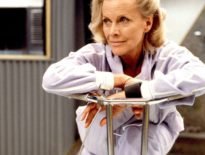 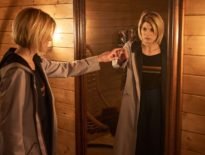