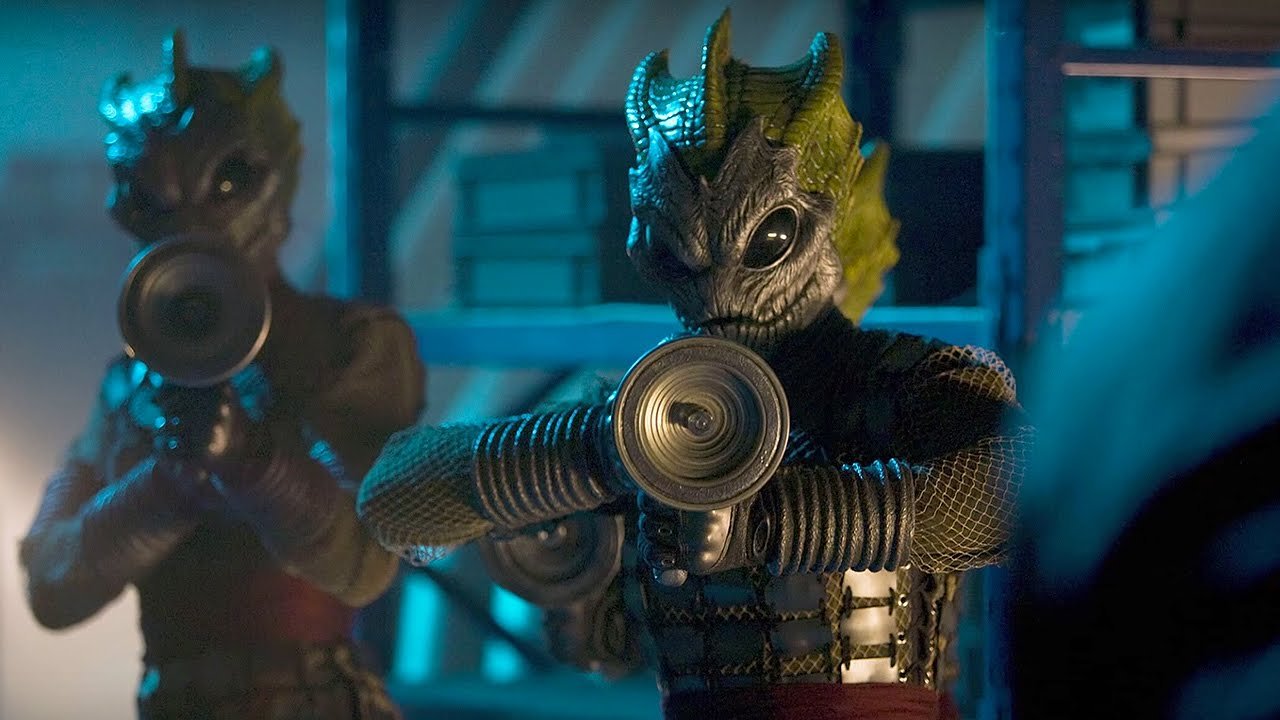 The Silurians – otherwise known as Homo Reptilia, or sometimes, the Eocenes – hadn’t seen seen in Doctor Who since 1984 when they made a return to the show in 2010 with the two-part Matt Smith story, The Hungry Earth/ Cold Blood. It had to re-introduce the Silurians and their rich mythos, while making sure that long-term fans and viewers were as impressed as the newcomers who were meeting them for the first time.

But long-termers and newbies may be surprised by how deep and rich their history with the Doctor and the extended Whoniverse actually is. From meetings with the Doctor to alternate universes and a reference in Torchwood: Miracle Day, the Silurians play a nice part in the Doctor Who background and are much more than just the original inhabitants of the planet Earth.

The Third Doctor, Liz Shaw, and UNIT were the first people to meet the Silurians. In the television story, Doctor Who and the Silurians, written by Malcolm Hulke, the Silurians are woken up by nearby vibrations from a scientific research facility, Wenley Moor, and they set about trying to take the planet back from the human race.

It’s here we learnt that the entire Silurian (and later, their aquatic cousins, the Sea Devils) submitted themselves to hibernation to try and survive a coming extinction level event when their astronomers saw a planet heading towards Earth. That ‘planet’ would get stuck in the Earth’s gravitational field and become the moon. The catastrophe that the Silurians had predicted never happened and they never woke up from their hibernation. As a result, the apes they had been fighting evolved into the human race.

There was a small tribe of Silurians who decided to evacuate from Earth in an ark, taking with them a number of creatures from the planet at the time, (notably dinosaurs) and flee into space. They fell foul of Solomon, a criminal who sold rare species to the highest bidder and all the Silurians were jettisoned out into space. The Eleventh Doctor avenged their deaths with his companions, Amy Pond and Rory Williams in Dinosaurs on a Spaceship.

It has only been the Silurians on Earth that the Doctor has ever really had to deal with. Each story seems to give a slight different variation of the Silurian form, mainly down to where he finds them. One thing remains constant though: they are brought out of their hibernation by the curiosity of humans who are digging down into their planet as Nasreen Chaudhry found out in The Hungry Earth when her drilling project disturbed an underground city of Silurians.

The Doctor has always tried to broker a peace between the human race and the Silurians. Whenever the Doctor and the Silurians have met, this is almost a staple of the episode. Perhaps most memorable though is when the Fifth Doctor tries and fails to make the humans and Silurians see sense in Warriors of the Deep.

Of course, the Silurians have never really had a lot of reason to trust the human race: the Brigadier blew up the Silurians at the end of Doctor Who and the Silurians, much to the Third Doctor’s disgust; and in The Hungry Earth/ Cold Blood, it’s a human who kills the Silurian prisoner, Alaya. Perhaps in that case, things seem a little more clear cut as there were plenty of Silurians who wanted to take over the Earth once again.

During the Wilderness Years, The Virgin New Adventures posed an interesting look at how things might have turned out if things had gone really wrong in Doctor Who and the Silurians. The Third Doctor is murdered by them and the plague they release wipes out most of the human race. When the Doctor, Ace, and Bernice Summerfield arrive, they find the human rebellion, led by the Brigadier and Liz Shaw, trying to overthrow their Silurian masters. What is interesting here is that the Seventh Doctor actually manages to make peace between the two species, using the children of both species almost as bargaining chips. As an alternate universe, it is about to end and the Doctor, Ace, and Bernice barely escape, but it proves that an accord can be reached between the two species if they put aside their prejudices and work together for the sake of the future.

The book, The Scales of Injustice sees some of the Silurian backstory explored in greater detail, looking at their origins and how they and the Sea Devils came to be led by their respective Triads. The Triads were fronted by the Elder, the Second, and the Scientific Advisor. Although they weren’t called that in Doctor Who and the Silurians, we do meet all the different members of that so-called Triad.

Warriors of the Deep gives us a better look at how the Triads work, with the Fifth Doctor once again having to fight Icthar, the leader he had previously met in The Scales of Injustice. Warriors of the Deep saw the Silurians joining forces with the Sea Devils in an attempt to take back the Earth from the humans. The Silurians and the Sea Devils have had a long and complicated history: The Scales of Injustice even went so far as to say that relationships between the two-species were forbidden and any children born between the two were killed in their eggs, while the parents were executed.

While many adventures do show the humans as the aggressors, there have been many stories that show the Silurians as the baddies. The Big Finish audio, Bloodtide is one such example, where it is believed that the Silurians were the creators of the human race, following on from experiments on primates carried out by a Silurian called Tulok. As a result, when the Sixth Doctor and Evelyn Smythe encountered a Silurian faction on the Galapagos Islands with Charles Darwin, Tulok claimed that he was god. Bloodtide also saw the Silurians once again planning to poison the oceans of Earth and wage war on the human race.

A small group of Silurians also appeared to be members of the Alliance, a group of the Doctor’s enemies who imprisoned the Eleventh Doctor inside the Pandorica, since they’d decided that the Doctor had become a danger to the universe itself. It’s unclear if these Silurians were from the year 102 or if they had travelled back through time.

Not long after Charles Darwin had encountered the Silurians, a group of tunnel workers, extending the London Underground, was attached by Vastra. The Doctor, fortunately, managed to cool her down, and Vastra formed her own detective agency, alongside her human wife Jenny, and a Sontaran Strax. We were first introduced to the group who soon became known as the Paternoster Gang in A Good Man Goes to War. They have been allies for the Doctor on a number of occasions, even helping the newly regenerated Twelfth Doctor defeat the remains of the Clockwork Droids.

Over the years, the Silurians made a number of appearances in spin-off media before they returned in 2010 and seemingly encountered different influential historical figures like Jules Verne and Grigory Rasputin. The novel, Eternity Weeps described how there was a Silurian scientist who was working alongside Liz Shaw on UNIT’s moonbase.

The Silurians haven’t made a proper comeback since The Hungry Earth/ Cold Blood, apart from a number of cameos in stories like The Wedding of River Song and most recently in The Tsuranga Conundrum. Even Captain Jack mentions them in The Bloodline, the final episode of Torchwood: Miracle Day, stating that the Doctor once told him of something in Silurian Mythology that could have been the Blessing. So who knows, maybe the Silurians, or part of their rich background, had been in Torchwood too?

With such an intricate backstory, it’s strange that they haven’t featured in Doctor Who properly since 2010. They are creatures that would make a brilliant come back. I was disappointed that it wasn’t the Silurians or the Sea Devils who appeared in the recent Jodie Whittaker episode, Praxeus, as they would have made a nice addition to an otherwise mediocre plot.

I think that the lasting impact of the Silurians lies in the fact that they are neither goodies or baddies. They are just as aggressive as humans can be – and have proven themselves to be just as peaceful as we can be too. Perhaps that’s why the Doctor has always struggled to make peace between Silurians and the Human race: there are too many similarities between both species. 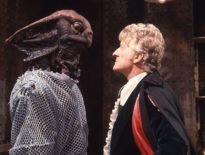 Features A Brief History of the Sea Devils 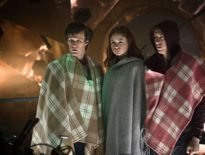