Although we don’t normally mull over speculation here, we need to address one rumour currently zooming its way around Twitter: no, it’s not been confirmed that Chris Chibnall and Jodie Whittaker will stay on respectively as showrunner and the Thirteenth Doctor for Doctor Who Series 14 and 15.

However, Chibnall and Whittaker are working on Series 13, which is due to air sometime next year (that is, if the Coronavirus pandemic doesn’t delay production further).

The rumour came about after a couple of accounts mentioned the renewal of the show for a further two seasons – which many had thought likely anyway, seeing as, in 2017, Shanghai Media Group (SMG) Pictures optioned first-look rights for Series 12- 15. This wasn’t absolute confirmation that 21st Century Doctor Who would run for at least 15 seasons, but was a decent indicator that the BBC was committed to its long-term future.

The caveat came when it was mentioned that the further two series would go ahead “under the same cast and crew”. Many believed this meant Whittaker would stay alongside Chibnall; however, “the same cast” implies no companions will be leaving either, which is increasingly unlikely.

So no, nothing is confirmed. The BBC hasn’t issued a statement (although the PR side of things is a tad slow these days anyway, so that’s no cert).

Nonetheless, it’s no great surprise that the BBC is looking at Doctor Who‘s future – especially with the 60th anniversary in 2023 – and plans well in advance. At the moment, what’s going to happen in Series 13, 14, and 15 is unknown, but we wouldn’t rule anything out just yet…

Chris Chibnall has been showrunner since 2018’s The Woman Who Fell to Earth, which also introduced Whittaker as the Thirteenth Doctor. Another rumour has it that Jodie is happy to stay on as the Time Lord as long as Chris is the programme’s head honcho. Who knows, indeed. 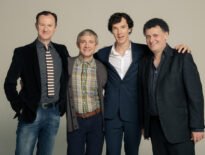 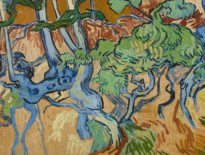 All of Time and Space Discovered: The Place Vincent Van Gogh Painted his…
0
%d bloggers like this: