Big Finish has released an audio clip of the upcoming adventure, Out of Time, which pairs Tom Baker’s Fourth Doctor with David Tennant’s Tenth Doctor. This is the first of a trilogy which pairs up different incarnations of the Time Lord.

This first story is written by Matt Fitton. Here’s the synopsis:

Occasionally, the Doctor drops in – when he’s avoiding his destiny, it’s an ideal place to get some perspective. Only this time he’s already there from several lives earlier, so when dimension barriers break down, his past and present collide.

But you want to hear a clip, don’t you? Without further ado:

“Tom Baker was obviously the first Doctor that I knew. I was small when he took over and I grew up through the seven years that he was the Doctor. I was a massive fan. I met him in John Menzies in Glasgow and he signed my book. I had a doll of him. All that. Tom Baker was very much the Doctor. There is something about the way he is associated with the character that seems utterly timeless.”

As you can see from the cover, Nick Briggs (also the story’s director) plays the Daleks, including the Supreme.

Out of Time Volume 1 will be released later this month, with prices starting at just £8.99. 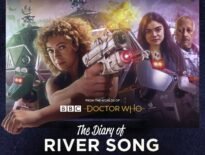 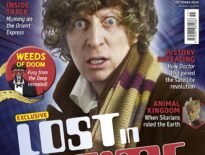