It’s Hallowe’en on the 31st October and, with much of the UK in various tiers of lockdown, you may be wondering what you can do to celebrate. Fear not, though, for an alternative to door-knocking and diabetes is available: A Twitter ‘watchalong’ of that spookiest of Who instalments, Blink.

The interactive Who watchalongs proved to be very popular during lockdown since their beginning in March with a simulcast of The Day of the Doctor. The idea was conceived by Emily Cook of Doctor Who Magazine and was originally called Who at Home. Other watchalongs soon followed, including Rose, Vincent and the Doctor, The Eleventh Hour, The Doctor’s Wife, Dalek, and Human Nature/ The Family of Blood. Each had its own hashtag and fans were joined by cast and crew, including former showrunners, Russell T Davies, and Steven Moffat. And fans soon began their own events, with watchalongs of classic stories such as The War Games and The Five Doctors.

Alongside the official watchalongs, we’ve also been treated to bonus content. For the first watchalong, Moffat wrote an introductory skit, Strax Saves the Day, while, for the second, Davies released a prequel short story, Doctor Who and the Time War.

Now it’s the turn of Steven Moffat’s third series triumph: Blink. This is the 2007 Doctor-lite story that debuted the formidable Weeping Angels – arguably the only monsters created by the new series that can rival the Daleks – and the iconic warning, ‘don’t blink’. Voted the second best Doctor Who story ever by readers of Doctor Who Magazine in 2009, it also introduced us to a great companion-who-never-was, Cary Mulligan’s winning Sally Sparrow. The story is a masterpiece of clever plotting, sharp dialogue, time travel hijinks, and proper scares. Moffat won the BAFTA Craft and BAFTA Cymru awards for ‘Best Writer,’ and a Hugo Award for ‘Best Dramatic Presentation, Short Form.’ Mulligan won the Constellation Award for ‘Best Female Performance in a 2007 Science Fiction Television Episode.’

It’s not yet clear whether any stars of the series will be joining in with the watchalong, but we might hope that Steven Moffat will make one of his infrequent returns to Twitter to mark the occasion. The new watchalong will take place at 19.00 (BST) on Saturday 31st October. 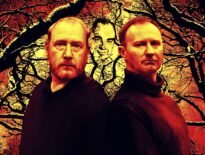 News Catch an Adaptation of Nigel Kneale’s The Ro… 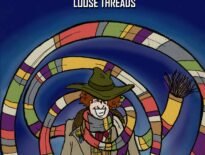