Join In the Doctor Who Lockdown Rewatch of School Reunion Tomorrow (Saturday 23rd January 2021), fans will have the opportunity to take part in the next Doctor Who lockdown watchalong, organised by Emily Cook – my all-time favourite New Series episode, School Reunion.

Working undercover as a teacher at Deffry Vale High School, the Tenth Doctor reunites with his former companion Sarah Jane Smith, played by the late Elisabeth Sladen, accompanied by the trusty robot dog K9 (Mark III, to be precise). Together with Rose Tyler and Mickey Smith, they all unite to stop the sinister headteacher Mr Finch and the bat-like Krillitane.

It’s a groundbreaking story, bringing together old and new elements to properly establish the revival era as a continuation of the Classic series; and not a reboot. I was only 9 years old when I first saw Sarah Jane and K9 in the Coming Soon trailer for Series 2 (from The Christmas Invasion), completely unaware of who they were until coming across a K-9 and Company promotional image on the official BBC website. But when the episode first aired, nearly 15 years ago, I was so amazed from beginning to end.

School Reunion can be considered a starting point for anyone who is new to the show. Perfectly paced in 45 minutes, from the great humour to the thrilling and emotional moments. And as we approach the 10th anniversary of Lis Sladen’s passing, on 19th April, let’s not also forget that this episode serves as a backdoor pilot for the acclaimed spin-off The Sarah Jane Adventures.

To take part in the tweetalong, press play at 7pm (GMT) on DVD/Blu-ray, BBC iPlayer, iTunes/Apple TV, Amazon Prime, any platform of your choice; using the hashtag #MySarahJane.

Join In the Doctor Who Lockdown Rewatch of School Reunion 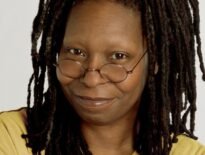