Who is the Most Useless Doctor Who Companion?

The award for Most Useless Companion goes to…

Of course it’s Ryan. Oh sure, I could beat around the bush for a while, then land on the Sultan of Sulk like a ton of bricks, but no. He’s gone and that can only be a good thing.

Time to celebrate, and in keeping with our new global motto, “Let’s have Fun in ’21!”, why not keep things positive — let’s look at previous companions who, in hindsight, now look better.

What do we look for, as far as agreeable, positive traits in companions? Well, first, they should actually want to be along for the ride.

For instance, Tegan wandered into the TARDIS, and was not at all happy about it. Many times in Season 19, believe it or not, she actually raised her voice once or twice to let her discomfort be known to the Fifth Doctor. That incarnation couldn’t quite nail down getting her home at first, but by the time he did, she had actually settled in, made friends. She was happy to be there… until the body count got too high. When it stopped being fun, she split. Fair enough. But after her initial reluctance, she was happy to be there.

Ryan never seemed happy to be in the TARDIS, or even appreciate the experience. Or maybe he was and just never chose to share his joy and amazement at seeing the universe. He often seemed like the kid who just mopes around in his bedroom, while right outside the window, there’s a fireworks show, an asteroid shower, the Aurora Borealis, or giant arachnids. When mom would point out what he’s missing, all you’d get is a sullen “whatever.”

Even poor old Dodo, who had no appreciable skills, aside from maybe the ability to change her accent a lot, and was prone to very costly migraines… she was very likable and at least had a sense of humour.

I can’t really say Ryan and humour are good pals. Sure, Graham was always trying to joke with him, pal around, trying to fist bump, only to have the gloomy git just stare at him like he’s dirt on his shoe. I think Ryan was 19 when he joined the crew, but he’d have to be at least 20 or 21 by now, right? Actually, even at 19, it’s really no excuse to act like a petulant 15 year old.

At least Tosin Cole seemingly used his initiative a few times and did something vaguely grin-worthy in the background of shots, like making shadow animals in the projector light in Arachnids in the UK.

Let’s look at Mel. Let’s not listen – God, no – but just look. Yes, she could be annoying, loud, screechy, but she was a computer whiz, and boy, was she eager! She had more energy than most small countries. Usually, the most energy Ryan exhibited was staying in the standard line up formation behind the Doctor with the others.

Peri. Dear, sweet Peri. Stamina and loyalty. She stayed with ol’ Sixie even after he tried to strangle her. Okay, maybe she was lacking some common sense, but even then, she actually mixed with the locals, endured the bad guys, and stayed the course, making herself useful.

The one thing that’s been a staple of the Chibnall era is that the “fam” are never useful. Utterly, utterly useless. Yet there have been two or three moments when Yaz at least stepped up out of the shadows and employed her police skills, while Graham is usually a delight.

Then there’s Mickey Smith. When Series 1 started, he was cowardly and useless. But by the end of Series 2, he was a machine of strategy and efficien— well, he was very handy anyway; a totally changed man you could count on. In just two seasons, Russell T Davies gave his character a wonderful journey. Mickey became a better, stronger, more independent person.

Compare that with Ryan’s growth over Series 11 and 12.

And sure, let’s roll out the big comparison: Adric.

Okay, he was not any type of artful dodger, having the physical grace of a drunken raccoon. In fact, he had a hard time walking in a straight line (thanks, Simon). He could be argumentative, and a little smug at times. But he desperately wanted to help, be part of the crew, and just belong. And he was a mathematical genius.

Ryan is not. A mathematical genius, that is.

If we’re honest, Ryan really was insecure as well. He’d step into the middle of most any scenario, claiming he or they were there to “sort it”, as if it were he and his crack squad of specialists. In reality, the Doctor would trundle the fam off out of the way, into a play area, put out some food, raise a gate, then go back and somehow manage to get rid of the threat. She’d retrieve the fam, who might have made something interesting in crafts while they waited, lead them back into the TARDIS, and off they went.

In Revolution of the Daleks — a decent episode — we see a Ryan who is, at times, terse, insecure, surly, petulant, or, oddly enough, trying to come off as older and wiser, as he gives advice to the Doctor.

It seems that spending 10 months back in the world, he was reminded of the fantastic life he left behind at home. His plan is to leave because “the planet needs him”. We’d never really seen any part of Ryan’s life at home, aside from his friend, who either suffers from depression or creepy, alien bald man dreams. Or sitting on the couch with Graham. Or rolling that bike up the hill.

Poor Graham. He has to leave the TARDIS behind to be with his grandson.

Of course, the reason Ryan is the most useless companion to ever set foot in the TARDIS is mostly the fault of Chris Chibnall, who made the character, and failed the character in the first place, but no need to continue to beat that dead horse here.

But in defense of Ryan… hey Chibnall, for any number of reasons, would it have killed you to at least let the kid stay on the bike in the last shot?

One minor bit of growth?

A little bit of positivity?

Then shame on you.

Who is the Most Useless Doctor Who Companion? 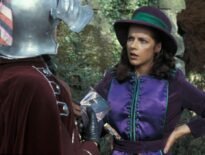 Features Who is the Most Useful Doctor Who Companion? 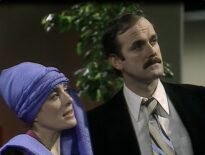