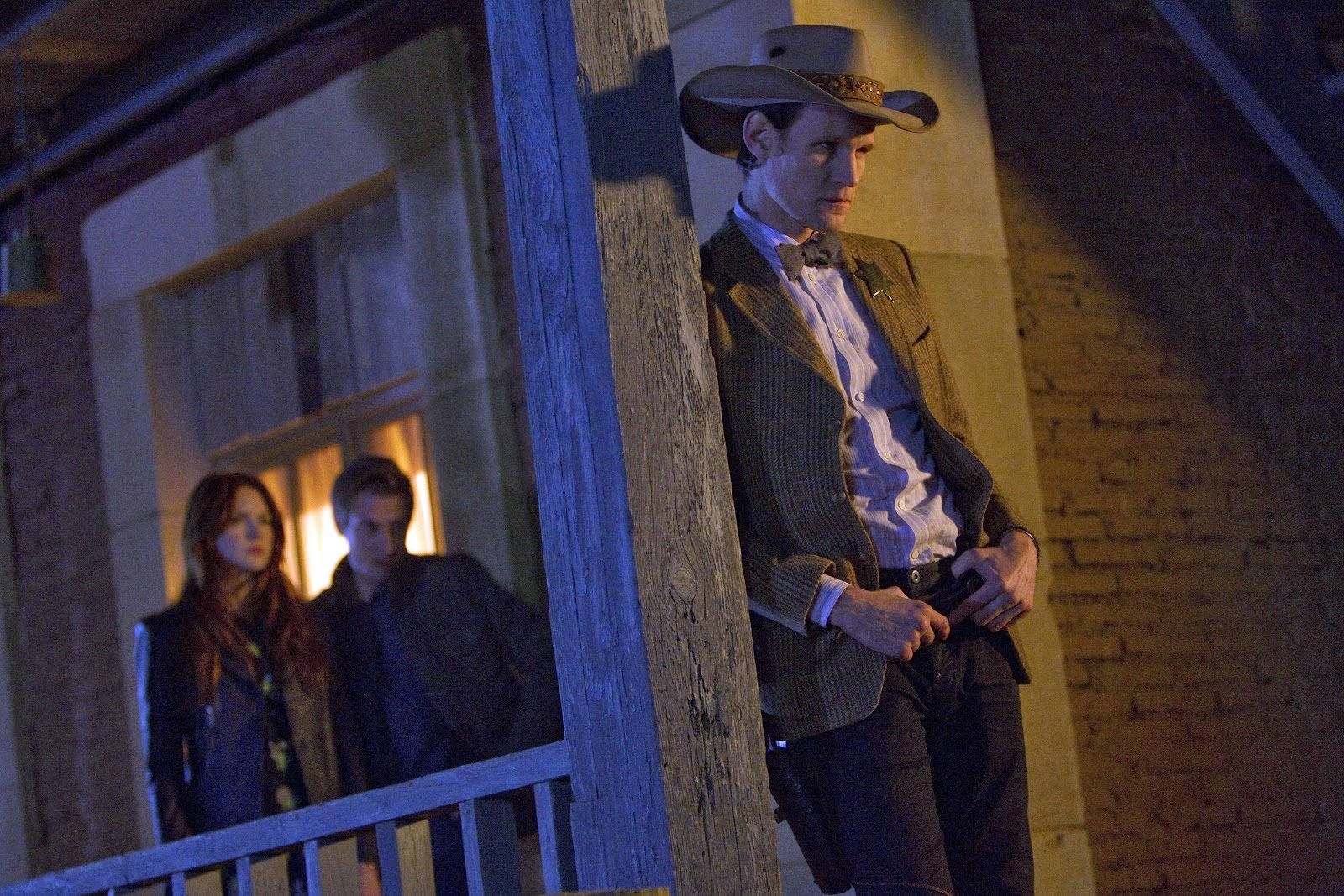 This weekend, you can join in on the lockdown rewatch of the Doctor Who Series 7 story, A Town Called Mercy. Writer, Toby Whithouse will also be taking part, revealing behind-the-scenes details on the Eleventh Doctor episode!

This isn’t the first Whithouse script to be part of the lockdown rewatches project organised by Emily Cook: School Reunion was highlighted in January; heck, this isn’t the first Series 7 story to be a part either – A Town Called Mercy‘s preceding tale, Dinosaurs on a Spaceship took centre stage at the start of this month!

A Town Called Mercy is one of the last stories to feature Amy (Karen Gillan) and Rory (Arthur Darvill), aka the Ponds, which feels appropriate as Toby’s Vampires of Venice introduced Rory to the TARDIS team back in Series 5. For this Series 7 script, the Doctor and the Ponds find themselves in America, in the titular town, with the Gunslinger refusing to let anyone leave – and cutting off any food supplies from getting in.

This is actually one of my favourite Eleventh Doctor stories. Despite not being one for cowboy tales usually, I found the moral dilemma at the story’s heart really compelling; the whole production, filmed largely in Almería, Spain, looks stunning and of course it’s beautifully acted. A real highlight of Series 7A.

And the Doctor’s “violence doesn’t end violence – it extends it” is a gorgeous bit of dialogue. Man, I wish Whithouse were still writing for Doctor Who.

So how do you take part in the rewatch?

Just start playing the episode at 7pm on Sunday 21st February 2021, and tweet along using the hashtag #ThyKingdomCome.