Big Finish: What Are The Top 5 Eighth Doctor Audio Adventures? Following last month’s series of polls, Big Finish has revealed the top 5 Eighth Doctor Monthly Adventures – and to celebrate, you can download them for half price!

This was the fourth and final Doctor Who – The Monthly Adventures poll, in which Big Finish listeners voted on their favourite episodes from each Doctor featured in the range, via the Radio Times website.

25 years after he made his UK television debut, fans voted for their favourite Eighth Doctor titles. Here were the winners:

Download discounts on these top five Monthly Adventures, including bundle deals, are available now, for a limited time, over at the Big Finish site. Offers expire at 23:59 (GMT) on 7th June 2021.

“The results are in and, capping off this collaboration between Big Finish and RadioTimes.com, Doctor Who fans have named these five entries from the award-winning Monthly Range as their all-time Eighth Doctor favourites – from 2002’s The Chimes of Midnight to 2011’s The Silver Turk, this quintet offers a variety of moods, styles and companions, but their one unifying factor is Paul McGann’s superb lead performance… and how appropriate to be celebrating that 25 years after the Eighth Doctor made his debut on UK television.”

Though the Monthly Adventures have now ended, the audio company has revealed plans for throughout 2022.

Big Finish: What Are The Top 5 Eighth Doctor Audio Adventures? 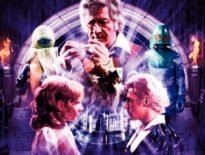 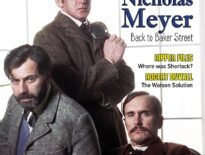