Russell T Davies is the new showrunner of Doctor Who, and everything old is new again. Bad Wolf Productions is co-producing with BBC Studios, so Julie Gardner and Jane Tranter will play important roles in the series.

But there is one role that’s vital for the future of the show: that is, the Fourteenth Doctor. Who is going to take over from Jodie Whittaker?

So we threw open the doors to the DWC contributors who are normally content wandering the fields outside, scaring away the Stigorax, Shobogans, and Spiridons (ever so difficult to catch). To gain entry to the hallowed halls of DWC Mansions (i.e. the stables), they had to answer one question: who do you think should be the Fourteenth Doctor?

Anyone who said “me” was rounded up and thrown to the Shrivenzale.

I’m going to throw Ruth Negga’s name into the mix. She’s probably best known for her roles in the 2016 film Loving, which earned her an Oscar nomination, and the Amazon Prime series Preacher, an adaptation of the Garth Ennis/Steve Dillon comic book which ran for four series from 2016-2019.

There’s a stillness about her and a slightly mysterious quality – watching her, I often have the impression that she’s leaving things unsaid – which would make a change from the Tiggerish nature of some of the recent Doctors, and maybe restore a bit of mystery to the part.

That’s not to say she can’t open up when the time comes – the trigger-happy Tulip in Preacher is more than capable of holding her own in dealing with the bad guys, often using some very un-Doctorish language.

Aside from brief glimpses of the Timeless Child’s different incarnations, I would like a much younger actor to be cast as the Fourteenth Doctor; preferably someone in their teens or early 20s, for a change.

Well, there is a candidate who I’ve been considering for a while, and that is Isaac Hempstead Wright – best known for playing Bran Stark in Game of Thrones, alongside Maisie Williams (Ashildr/Me in Series 9) and various co-stars familiar to the Whoniverse.

It’s definitely an experiment worth the try, handing the TARDIS key and sonic screwdriver to a teenager or young adult. An ultimate challenge indeed for Isaac, if he were to become Jodie Whittaker’s successor. Since he’s only 22, how about bringing along a companion or two, or three, who are close in age or a few years younger than him? I know my idea appears to derive from the likes of The Sarah Jane Adventures, in particular, but the way how I envision it is more akin to Stranger Things. A coming-of-age type story arc to appeal to a new generation of fans, whilst embracing older audiences.

Once again, the hunt is on for the next owner of the TARDIS.

With Jodie bowing out in 2022 and taking her showrunner with her (or is that the other way around?), this time around it might very well be the most challenging choice of all.

It goes without saying (but I’m going to say it anyway) that the Chibnall era has not just split fandom down the middle but utterly fractured it. It makes the whole (unfair and unwarranted) JN-T hate campaign of days of yore look like a small burp in the sorry history of Who-fandom unrest. Long-term and/or truly dedicated fans have found much to dislike about the series since Chibnall took over and I will admit that I’m one of them. RTD has a lot on his plate when it comes to deciding who to cast.

If he reverts to a male actor, would that be the BBC back-tracking? If the show continues with a woman in the role (and why should they not?), then give her some great stories, some tough scenes to tackle, something to really get her teeth into. Dammit, give her some good scripts!

For my money, the new Doctor needs to bring back the gravitas, the weight and burden of a 2000-year old alien. A character who emotes, who can emote, who understands and misunderstands. Who can get it wrong but who can get it so very right. We need to believe in them, believe that they are like us but not like us, that they love us but sometimes they don’t like us. They need to be a powerhouse, a wallflower, an outspoken enigma, a quiet tsunami.

The actor needs to have the ability to convey all of this and much, much more. They need to have a career that tells of live theatre triumphs, of ratings-busting TV shows, of award-winning performances, of a commanding presence, of a camera-loving style, of scenery-chewing appearances, of fully-rounded characterisations. They need to want, to desire, to have passion, to believe in causes and be heard when they speak. They need to be gripped by a role, to be invested in a role, to do their research, to elevate themselves far above what has come before, to keep us gripped by their performance. They need to own the room when they walk into it and to make us gasp for more (or air) when they leave.

Basically, to bring the series back to its former glory, they need to be Ben Daniels.

Ben Daniels is the Doctor! (Please?)

I’m not even considering the same old tired wagering line up that’s been getting trotted out over the past decade, faces that we keep on seeing over and over but step up, never get the nod, can’t be taken seriously because of it. But I will put forth a few suggestions.

1. Phoebe Waller Bridge. She’s kinda cute, kinda odd looking, can act, can write, and having written Killing Eve, Fleabag, Bond and other stuff, she seems to have creative range. She could be the first co-showrunner (with RTD)/Doctor!

2. Jo Martin. But now, with no Chibnall! I’m sure Russell will choose his own candidate but wouldn’t that be something, using Martin anyway, and using the opportunity to clean up/correct the mess Chibnall made in the first place?

3. Hugh Laurie. He’s got more than enough experience and a fantastic range, going from Blackadder to House, and he’s a household name. If they go with a big name, they could certainly do worse.

4. Micheal Sheen or Idris Elba. Both would bring new dimensions to the role I think.

Finally, 5 may be the best method: Davies makes it clear he’ll have an open audition, all sexes, all colours. Make the process transparent, with no agenda and pick the best person for the job, period.

Otherwise, no matter who is chosen, there’ll be the complaining from various sides about “PC agenda” this or “old boy’s network agenda” that. Let’s keep an open mind and embrace the possibilities. As long as  we’ve got a good actor who’s right for the part, I’ll be content.

Well, good scripts will help too.

If I were to pick the next incarnation of the Doctor to have their own television series (I’m ignoring the question of who does the Thirteenth Doctor regenerate into here, badly) then Jo Martin is the obvious choice. She dominated the screen regardless of if Jodie Whittaker was alongside her in Fugitive of the Judoon, the only negative truly being that the ‘Ruth Doctor’ was given such basic and poor dialogue upon her reveal.

Now some fans may contend that she can’t be the Fourteenth Doctor for various timeline-related reasons, and if Chibnall’s departing note to the BBC is that Jo Martin’s portrayal of the Doctor is his alone to play with and has a firmly set position in the Doctor’s lives, then so be it. Having to look beyond Martin’s talents then, there are a few names that spring to mind.

Michael Palin and Grayson Perry, both not averse to wearing feminine clothing beyond a regeneration scene, are two performers who may not stretch their acting muscles much (or at all in Perry’s case), and probably don’t have the knees for all the running scenes, but exhibit a simultaneous warmth, wisdom, and alienness as soon as they enter a room that Chibnall failed to put into his writing of the Thirteenth Doctor despite Jodie Whittaker probably being one of the warmest people ever.

So slimming down my choice to someone with the knee functionality to film such an energetic TV series for months at a time, then it comes down to Gemma Whelan – now known to Doctor Who fans as a major character in Big Finish’s new Dalek Universe series (no spoilers as to whom for those who haven’t heard it, but it’s certainly a performance that should be seen on TV) – and Sian Clifford.

One of Fleabag’s big successes was its casting choices as well as its writing, and Clifford delivered everything the more celebrated Phoebe Waller-Bridge gave her. She’s also excelled in Inside No 9, The Quiz, can do a lot of Capaldi-style facial acting with stern eyebrows and a very malleable face and is accomplished on the stage as well. A left-field choice, but one that has the acting chops to deliver and is unlikely to be whisked away by Hollywood any time soon.

Emotionally, I’d like Tom Ellis to get a shot at the part, even if it’s only for a part of an episode in which (The Curse of Fatal Death-like) he regenerates again in Sandra Oh or perhaps Michelle Yeoh.

Using my head, I think there’s an assumption the BBC will want another woman for the part as casting a man would imply they thought the casting of Jodie was a mistake. If they cast another woman and equally noisy segment of the cesspit of fandom will still complain.

If anything I see them casting a non-white actor, and I do think Sandra Oh has shown in Killing Eve she has a range of emotion and the skill to deliver. But I expect the new Doctor will be relatively unknown. No Rege-Jean Page, I’m afraid!

I don’t really have any ideal choice for the next Doctor – and I hope the new production team(s) don’t have either. Coronations can work (Davison and Tennant spring to mind) but they don’t always do so. I’m one of those who favour open auditions. I’d also suggest opening them up to actors from outside these shores; there is no reason why the Doctor should be played by a British actor; the Doctor is not from the UK, so why should the actor be?

If I were holding auditions, I’d like to invite Koen de Bouw (Professor T) and Lars Mikkelsen (Sherlock and House of Cards) to audition. De Bouw is Belgian; Mikkelsen is Danish. Both speak fluent English and both would be superb.

I’d also invite Paterson Joseph: superb at comedy (Peep Show, where he was hilarious) and at straight drama: his performance as Brutus in Julius Caesar was stunning.

But I’d be very happy if the new Doctor is played by someone whose name is unfamiliar and who got the part simply on the strength of the audition.

That’s what we think anyway! But who would you like to see as the next Doctor, dear DWC readers? 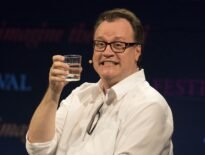 Features Why Is Russell T Davies the New Doctor Who Showrun… 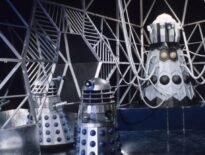