Reviewed: Doctor Who — Eve of the Daleks

So it’s New Year’s Day with Jodie Whittaker.  That means it’s time for Daleks. I settled in and watched Eve of the Daleks, a story that very much shows on screen it was produced during a Covid lockdown. That didn’t stop me from enjoying it, but to employ an American term, it was very much a “bottle episode”, with very limited sets, and a very small cast. We had Team TARDIS (the Doctor, Yaz, and Dan) plus two other humans (Sarah and Nick). There were the three Dalek operators, although really it was just one most of the time. There were two other humans, but both had no scenes with any other actors (Mary, Sara’s mum solely on a phone screen, and Karl). But that doesn’t mean I can’t enjoy it. In fact, I very much did.

When it was over, I did what I always do – discuss it with a few mates. One of them (Jake) had this to say about the episode…

“By FAR the best thing Chibnall has ever written, Doctor Who wise. It’s head and shoulders above anything else he’s written. Tight, great dialogue, wonderful characters, and a story we’ve never seen before. Tell me a better story he’s done. I’ll wait. Can’t help being sad that the Irish lass can’t be the Doctor herself now, because she was AWESOME. I’d love a sarcastic Doctor like her in the future.”

I sent him back The Power of Three, but he disagreed with me. He went on about Eve of the Daleks.

While I wouldn’t go as far as Jake did in my enjoyment of it, I did like that it was something different. As I said to my wife in the middle of the episode, “this was a small scale story”. It wasn’t one with the Daleks looking to wipe out the universe; they were just going after the Doctor in a single location. It wasn’t an old recycled Terry Nation Dalek idea. Is it the best Dalek story ever? Oh hell no. But one that I very much enjoyed as a standalone. This was basically Doctor Who doing Groundhog day. So much so that Dan even uttered “This is Groundhog Day” in the episode, so they were self aware on that.

The core concept is that the Doctor has to purge the TARDIS of Flux-related “stuff” (no specific detail as to what), but said purge both explains the “cracks” in the promo photos we saw leading up to the episode, as well as what starts the time loop. The first time loop happens in the pre-titles. It’s the longest one, as these concepts usually are. So much so, we don’t get the titles until nine minutes into the episode.

Basically, the Daleks claim that the Doctor causes the time loop, and some Daleks were sent to exterminate the Doctor. Which they do several times. The Daleks are armed with a new machine gun weapon, which looks pretty cool – and makes me wonder why that hasn’t happened before. I also think the machine gun weapon went to be an unstated reason why the Dalek exterminations didn’t cause the Doctor to regenerate. Granted, the time loop appears to happen when the five people in the building are killed, so that alone could explain it, as I’m pretty sure the Doctor is always the last one exterminated in a cycle. I realize it’s a nitpick for sure, but the first time it happened I thought, “Hang on, why isn’t the Doctor regenerating”?

One difference here is that the characters regain their memory of the previous cycles – something that doesn’t always happen in these time loop stories. It allowed them to use the cycles as ways to move forward in trying to outsmart the Dalek that was after them. One of the cycles they just walked out in front of the Dalek to move the process forward. I enjoyed that.

Speaking of the exterminations, one of the ones of Sarah gave me an immediate flashback to the finale of Christopher Ecceleston’s run, The Parting of the Ways. Sarah stood there and held her arms out in the exact same way that Captain Jack Harkness did in that episode in front of three Daleks.

There was not an infinite amount of time loops here, the amount of time in the loops was reduced a minute with each cycle – once that was realised, it brought a finality – and that’s when the Daleks kind of let the Doctor know that her extermination was inevitable. Of course it doesn’t end that way, but it does add some tension to the loops to know they’re not unlimited.

One thing that comes up in this story is that Dan has figured out that Yaz as a thing for the Doctor. He corners her about it, and she ends up just crying. He then proceeds to out Yaz in front of the Doctor (a bit uncool) who has kind of a “Uh, what?” kind of reaction. I had immediate flashbacks to Martha Jones here with the unrequited love. It’s not paid off in this episode, so we’ll probably get something about this in the next episode or the finale, where Yaz can have a full-on cry about the Doctor dying.

One negative to the story is that there were several instances where folks should have been exterminated faster than they were, but only survived due to some “Red shirt level shooting” by the Daleks here.

We progress through various rooms of the storage facility, and find some materials being held there by Sarah’s customers (an unseen “Jeff”) — things he’s not supposed to (including a room full of cans of beans). Some of these things would allow them to destroy the Daleks (and the building). That’s ultimately how they get out. They trick the Daleks with a phone call from Sarah’s mum at which point they slip out of the building and the Dalek then proceeds to blow up the building and themselves.

Given the materials in the warehouse included fireworks, we got a fireworks show on top of the building collapsing (in a nice bit of CGI). One little throw-in was a character who witnessed the fireworks going off. This character is Karl Wright, played by Johnny Dixon. He appeared in Doctor Who before, in Jodie Whittaker’s first episode, The Woman Who Fell to Earth, being hunted by T’zim-Sha there. It’s an odd deep cut, and I wonder why him. It seems so out of left field, I wonder if he’ll show up again in one of the remaining two episodes.

As I saw written elsewhere, “Sometimes the best things in life are the simple pleasures.” This was a small simple story, but very very enjoyable. I thought the acting was pretty solid all around, too — something that’s not always the case. We got a few laughs here and there, with the Dalek labeling Dan “the inferior human”. While I don’t think it’s as amazing as my mate Jake made it out to be, Eve of the Daleks was a very solid 8/10 for me.

If the other two remaining specials were written to this level, it will be a good couple of final Whittaker episodes. The first one brings back the Sea Devils who haven’t been a major on screen character since 1984. Looking forward to that for sure.

Finally, one fun little real world thing. After the episode aired, John Bishop tweeted something really nice to read. He said, “Dreams do come true. Had anyone told me as a boy that one day I would be meeting a Dalek on TV I would never have believed them. It was made all the more special by working with such great people on Doctor Who”.  Certainly a nice sentiment to read.

Reviewed: Doctor Who — Eve of the Daleks 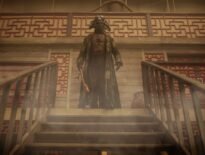 Doctor Who on TV Reviewed Reviewed: Doctor Who – Legend of the Sea Dev… 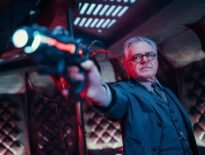