If you’re a fan of The Black Archive, Obverse Book’s series of monographs about Doctor Who stories, then you’ll be excited to hear about a new range from the publishers: The Gold Archive, a similar set of essays about the other huge sci-fi TV brand, Star Trek!

The Gold Archive‘s release marks 55 years of Star Trek. As with the other Archive books, these are monographs about individual stories in the Star Trek canon – from the first pilot, The Cage to the most recent episode of Star Trek: Lower Decks – looking in detail at particular aspects of each story and how they relate to the whole saga, both in front of and behind the camera.

The range is edited by former Star Trek Magazine editor Paul Simpson, who also used to be an editor of The Black Archive. He says:

“The aim of the Gold Archive books, like their companion series, is to provide the reader with alternate ways of looking at the story in question so when they next watch it, it’s with fresh eyes.”

Indeed, Paul edited my Black Archive on The Pandorica Opens/ The Big Bang, so I know how much thought and care goes into his work. He’s a lovely chap too, so it’s fantastic to hear he’s spearheading this new direction.

“This is the obvious next series for us to put under the microscope. We’re all huge fans of the series, and we will apply the same rigorous yet entertaining treatment to Star Trek that has been so well-received for Doctor Who, Sapphire and Steel, Dark Skies, and many others.”

The range has already kicked off, from opposite ends of the Star Trek production timeline.

Another former Star Trek Magazine editor, Brian J. Robb, examines the 1967 story, The Return of the Archons, while Hugo Award-nominated podcaster Alasdair Stuart digs deep into the 2019 Star Trek: Discovery episode Through the Valley of Shadows.

Covers – again created by graphic artist Cody Schell – and a full schedule will be released nearer the time. The books will cost £7.99 in paperback (discounted for orders placed directly via the Obverse website) and £3.99 as ebooks.

The first three are available from Obverse Books right now! 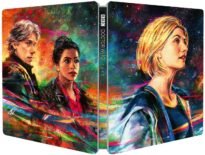 Merchandise Out Now: Doctor Who Series 13 on DVD, Blu-ray, and… 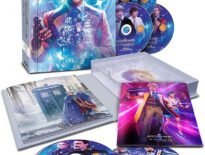