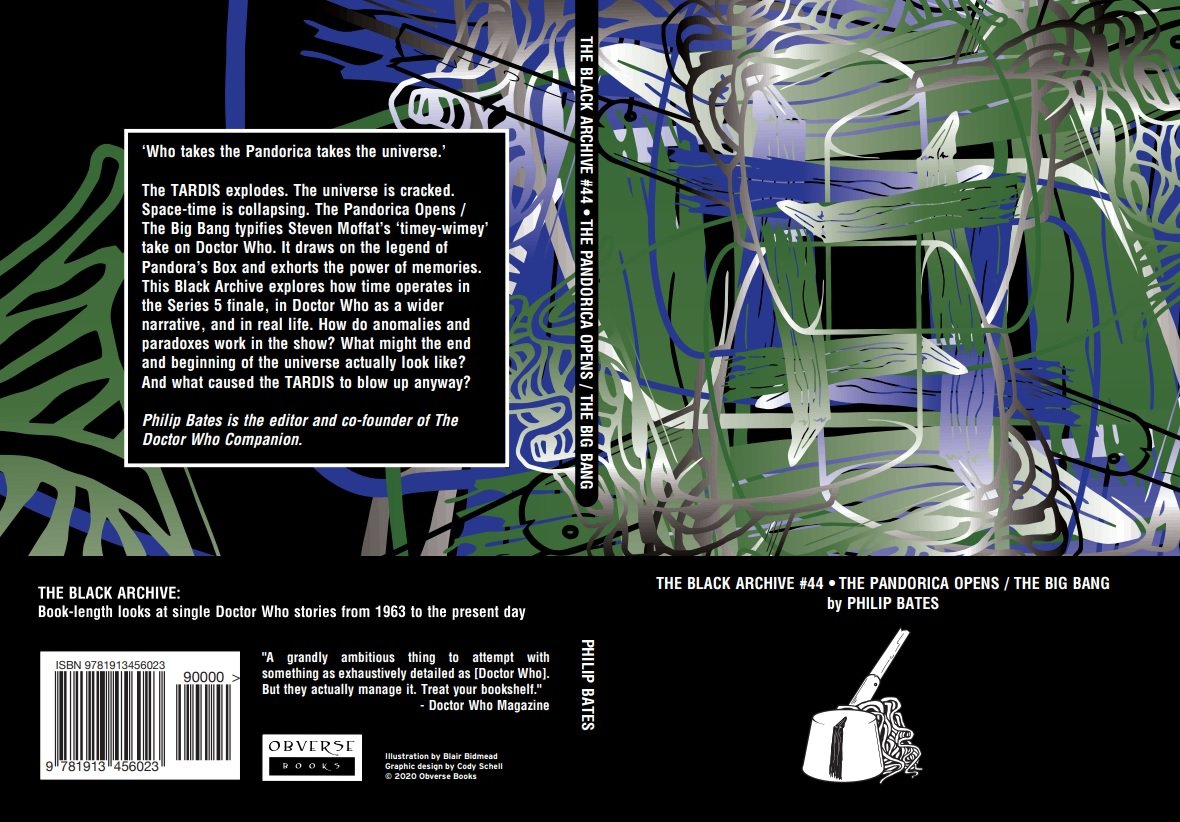 The Black Archive from Obverse Books is a series of book-length essays, each of which looks at a single Doctor Who story from 1963 to the present. Now running to more than 40 volumes, the back catalogue features some leading names in Doctor Who writing including Jonathan Morris, Kate Orman, and Una McCormack.

Philip Bates may have felt daunted to be in this kind of company when he started out on this latest edition but he shows no signs of being overawed with a well-researched and exhaustive, yet very readable examination of the concluding two-parter from Matt Smith’s first series as the Doctor.

His high regard for the episodes, and Series 5 as a whole, is evident from early on. Describing the story as ‘an intimate tale of epic proportions’, Bates embarks on a detailed analysis, broken down into chapters covering myths and fairytales, anomalies, time travel and much more.

It’s worth saying that these books, whilst certainly engaging, don’t exactly make for light reading. As my colleague Rick Lundeen commented in his review of the edition covering Marco Polo, ‘as is the norm with the Archives, they tend to go DEEP. So deep they nearly end up coming out in Cathay.’ I’m not sure what would be an apposite description here – deeper than a rip in the fabric of space and time, perhaps?

This is a book that, though a slim volume, covers black holes, Planck stars, and superstring theory. You’ll find not just the Big Bang in these pages but the Big Rip and the Big Crunch too. It has extensive footnotes and a bibliography running to 16 pages. You never got that with Terry Nation’s Dalek Special. If I said that Schrodinger’s cat was one of the easier concepts to get your head around it gives you an idea what you’ll encounter.

Don’t look to this book for an Andrew Pixley-esque detailed history of the story’s production, or a collection of gossipy anecdotes from behind the scenes. Bates is interested in the big stuff here. My favourite chapter was the one which examines Steven Moffat’s take on Doctor Who as, in Moffat’s own words, ‘literally a fairytale. It’s not really science fiction. It’s not set in space; it’s set under your bed. It’s at its best when it’s related to you, no matter what planet it’s set on.’ There’s a checklist of fairytale motifs which get ticked off as they appear in the story, making for an insightful guide for anyone interested in where stories come from and how they’re told.

I’d be surprised if you don’t learn plenty of stuff from this book. I’ve managed to live five decades on this planet without hearing of the ancient Greek writer Hesiod and the ‘Five Ages of Man’ before. It had somehow passed me by that it was only in 2019 that scientists captured the first image of a black hole. Learning that said image was ‘what the black hole looked like some 53 million years before humanity existed’ was one of those moments that prompts you to look up and take a moment to gather yourself.

There are also passages that, if you’re anything like me, will leave you scratching your head. Explaining concepts like quantum theory and just why time is relative is a challenge for any writer, but Bates does a valiant job of conveying this information in terms understandable to the layperson, and I take my hat off to his scholarship. Many a long hour has clearly been spent thumbing through New Scientist back issues (and many other publications) to put this volume together.

I will show my hand here and say that the story under discussion isn’t a favourite of mine. Not for the last time in the Moffat era, I felt that a promising set up was rather spoiled by the turn taken in the second half. With its comedic tone involving a mop, a fez, and animals in unlikely places I found my attention wandering, leaving me less than receptive when the universe was ‘rebooted’ later on. Irritation set in as I realised that we weren’t going to get the kind of big inter-galactic scrap that the climax of part one seemed to promise. So could Philip Bates succeed in making me reassess my opinion?

Well, up to a point. Demonstrating that there are as many different opinions about Doctor Who as there are Doctor Who fans, Bates loves the story for the very same reason that I didn’t care for it:

“It’s particularly pleasing that The Big Bang goes off in an unexpected direction: while the viewer might be expecting a grand conflict, the crux of the matter is more personal.”

His argument for why that is so elegant is well argued and he makes a persuasive case – and it’s no bad thing to have one’s views challenged, even if I found that his conclusions (that the story’s ending ‘makes emotional sense’ and that ‘it works because it works’) didn’t entirely lay my doubts to rest.

Bates rounds things off with a charming memory of meeting Matt Smith at the Doctor Who Experience in 2012 before an appendix looks at the timeline of how the TARDIS was destroyed and why. There are, it’s said, six possible reasons why the ship blew up. Amusingly, and in keeping with the spirit of this era of Doctor Who, we’re told that it’s entirely up to us which to choose – but, in any case, that’s a technicality.

Yes, The Pandorica Opens/The Big Bang is that sort of Doctor Who story. Congratulations to Philip Bates for setting out why that is so.

You can order The Black Archive #44: The Pandorica Opens/ The Big Bang now from Obverse Books from just £3.99 (for an ebook) or £5.99 for a paperback.

[Note from Editor: Thank you to Jonathan for such a lovely review. I want to note that he went into this impartially and I’ve not edited the piece, as I don’t want to compromise Jonathan’s integrity as a writer.] 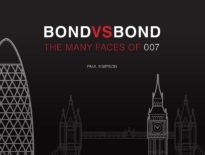 Reviews Reviewed: Bond Vs. Bond – The Many Faces of … 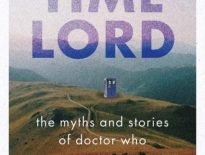