It’s with great sadness that the Doctor Who Companion has to report the death of the last 1960s Doctor Who writer, Henry Lincoln.

Lincoln was responsible for giving us some of the most enduring characters and monsters from the 1960s, some of whom have survived into the modern series, as well as doing some extraordinary work in real life.

Lincoln was born in London on the 12th February 1930. Lincoln, then under the surname Soskin, studied acting under RADA and went on to have an acting career for the best part of 20 years, beginning in the mid-1950s, playing guest roles in a number of shows including the 1960s staples, The Avengers, Public Eye, The Saint, and The Champions. While it’s clear he enjoyed acting, it was in the 1960s that he turned his hand and heart to writing.

Forming a writing partnership with Mervyn Haisman, the pair would be commissioned to write the six part Doctor Who story, The Abominable Snowmen. That story went down so well at the BBC that a follow up story was immediately ordered. This second story, The Web of Fear, would see the robotic Yeti return as well as their creator, The Great Intelligence but the action, rather than being set in Tibet, would be set in modern-day London, with much of it taking place in the London Underground.

Steven Moffat brought the Intelligence back to trouble the Eleventh Doctor in 2012 and 2013, though the Yeti were replaced by the Whisper Men. It wasn’t the only creation of Lincoln’s that would prove popular enough to come back: a year after The Web of Fear, Colonel Lethbridge-Stewart would make a return, though having been promoted to Brigadier in The Invasion, laying the groundwork for the revolutionary 1970 season and introducing UNIT.

With two hugely popular stories under their belt, the BBC were keen for the pair to return to write a further story, though The Dominators would prove much less popular. What was supposed to be a six-episode story was shortened to five and there were ensuing copyright issues with the Quarks and a comic strip they featured in. This caused a rift between the writing team and the BBC; Lincoln and Haisman would leave the company and their names were removed from the finished story, with the pseudonym, Norman Ashby, being used instead.

Also in 1968, the pair would write for Boris Karloff and Christopher Lee, a script which would become the 1968 horror movie, Curse of the Crimson Alter. Based off a H.P. Lovecraft short story, it would be the final movie appearance for Karloff. The movie also featured Doctor Who actors, Mark Eden (Marco Polo) and Michael Gough (The Celestial Toymaker).

When holidaying in France in 1969, Lincoln read a lot of books on the subject of the Knights Templar and The Holy Grail. While this wouldn’t be reading material for many on holiday, it formed the backbone of what became the most prolific period in his career, something that fascinated him until his recent passing.

In the 1970s he would present the BBC’s Chronicle series, which looked at the subject of the Holy Grail and would present a further two editions of the show on the same topic across the decade. He then penned the controversial 1982 bestseller, The Holy Blood and the Holy Grail. Co-written with Richard Leigh and Michael Baigent, the book would later form the inspiration for the Dan Brown epic, The Da Vinci Code. This wouldn’t be his only meeting with missing treasure; he would handle the topic in the 1990s for the series The Secret.

In later life, he settled in France and specialised as a writer, historian, and filmmaker on the subjects of ancient myths and legends, codes, and patterns, and based himself in Rennes-Le-Chateau, giving visitors guides on the village’s ancient secrets. In 2003 he was awarded an Honorary Knighthood in the Militia Templi Scotia Order for his work in Sacred Geometry and Templar history.

Lincoln was also the last of the 1960s writers on Doctor Who to pass away, following Donald Tosh’s death in 2019. His work is fascinating and it’s hard to believe that someone whose life-long fascination with a topic as big as The Holy Grail started out in Doctor Who.

For many fans, The Abominable Snowmen and The Web of Fear are up there as ‘The Holy Grail’ of Doctor Who stories. They have certainly had a lasting impact, with characters from both having featured in the modern series and its spin-offs in some way and continued to be played in audio and in novel form. Henry Lincoln’s legacy on Doctor Who will always be remembered. 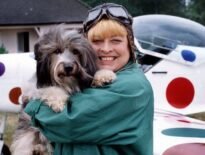 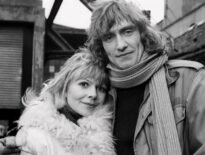