Doctor Who and the Martin Era: Reassessing Fugitive of the Judoon

When it comes to revisiting episodes in the different eras of Doctor Who, I’ve gone on massive Capaldi, Smith, Tennant, and Eccleston binges in the past. Same with the Bakers, Pertwee, Troughton, and Hartnell from the classic era. There’s just so much great stuff.

Just yesterday, I did the Martin binge. You remember the Martin era, surely?

Well, the Martin era really consists of only one episode, Fugitive of the Judoon, so it’s a fairly quick binge. This era sits smack bang in the middle of the Whittaker era, because, you know, Doctor Who. Vinay Patel writes it with input from Chris Chibnall, and it’s the story of the return of the Fugitive Doctor, although Jodie Whitaker plays the Thirteenth Doctor, who shepherds her back into the fold.

We first meet Ruth, who gets through her (birth)day, which is the same old routine, being a tour guide of Gloucester. We also meet Lee, her partner, who may have… a past. At least, that’s what the nosey guy at the shop says. He’s also rubbish at cakes, and is in love with Ruth. Creepy.

Now, Ruth is not seen as Time Lord material, being scared and weepy. I think it prudent to remind everyone of how vulnerable and feeble Tennant’s John Smith was in Human Nature/ The Family of Blood. That guy was useless, and whiny — because he was human. Same here in this instance. The Chameleon Arc does a very thorough job.

We see several squads of Judoon who teleport down from orbit and occupy Gloucester, where Ruth and Lee live. They set up a defence screen and start searching and cataloguing the townsfolk, searching for a fugitive. Innocents are killed through said search, because the Judoon are brutal, hired thugs, wrapped in the trappings of galactic police officers.

Enter, the Thirteenth Doctor and her handful of helpers. Usually, this Doctor is very manic, flitting around, waving the sonic, never giving a straight answer, very closed off. Here though, she’s dour, hunched over the TARDIS console, grimly searching for the Master, while her “fam” sit nearby, just observing her. She shuts them out as usual, but is alerted to the Judoon on Earth and zips down to investigate.

The tone and dialogue are somewhat different in this era than in the Whittaker era, undoubtedly because of Patel, who injects a wider variety of emotions and more natural speech in general. For instance, Jodie has a bit of steel in her here that you rarely see in Chibnall’s scripts. She has a bit more commanding a tone when dealing with the Judoon on the street, and even more so in Ruth and Lee’s flat trying to get them to talk.

In fact, Yaz is more interesting and dominant than usual here, stepping up to palaver with the Judoon, officer to officer. Another trademark that it’s not solely Chibnall — he reminds us that Yaz is a police officer, something that’s usually ignored and forgotten.

It should be noted here that Graham is still a sweetheart throughout and Ryan is… well… Ryan. “We’ll sort it!”

During all this, each member of the fam has been scooped up into orbit, to a stolen spaceship. It’s commandeered by Captain Jack Harkness in a darkened studio with a bad wig. He’s trying to warn the Doctor about the lone Cyberman, who’ll be popping up later in the second half of Series 12 when it returns the following week. It’s a bit of a bizarre intrusion into a good story. Presumably, that was from Chibnall.

The Thirteenth Doctor apparently forgets all about her family once again and secrets Ruth away to hide, while Lee confronts the Judoon along with Gat, who is giving the space rhinos their instructions. We find out that Lee and Gat go way back and that Gat is a horrible person, who has the Judoon kill Lee. It’s only now that we get that it’s Ruth who’s the fugitive after a nice misdirect towards Lee.

The Doctor and Ruth seek refuge in a church, which means nothing to the Judoon squad that traps them there. Ruth is scared, until the Judoon pull up a visual of them killing Lee. Then something amazing happens — Ruth starts systematically taking down rhinos with speed, efficiency… and yes, Venusian Aikido. Now you know where Pertwee got it from! This “muscle memory” is also reminiscent of Tennant’s bowling acumen, saving the baby from a piano in his episode.

To add insult to injury, Ruth even rips off the Judoon captain’s horn. Just about the nastiest insult you can exact against a Judoon, and as Ruth has the gun now, with most of them on their backsides, the Judoon retreat, teleporting up and away.

Suffice to say, the Doctor is slack jawed.

Lee’s last, cryptic message sends them to a remote lighthouse, and an intriguing, suspenseful sequence of events. Again, at this point, wandering through and around the lighthouse, you can’t help but wonder who the heck Ruth actually is. The Master? The Rani? Surely, it can’t be….

Then, the breaking of the emergency glass, standing in for the fob watch. Even there, as the intelligence floods back into her eyes, you’re not sure who it’s going to be, especially as the first thing “Ruth” reaches for is a weapon.

Jodie finding a police box under the gravestone, Martin showing up in full costume, introducing herself as the Doctor… it’s truly mind-blowing. The utter cluelessness on the Thirteenth Doctor’s face speaks for everyone. The mere fact that the TARDIS is impossibly in the shape of the police box — when it really can’t be… but we’ve gone on and on about that. The TARDIS console room is basically the Hartnell model with a few tweaks, which is telling.

The Doctor-on-Doctor argument is intense and mystifying at the same time. Martin is more assertive, with Jodie still trying to catch up, as are all of us. They touch upon the sonic screwdriver. Then, after they’re hauled, via tractor beam, up to the Judoon ship, the big confrontation with Gat.

Doctor #13 is put in the position of a companion who asks too many questions and is repeatedly told to keep quiet by the other Doctor. The irony is not lost. The Thirteenth Doctor ignores every command, every piece of advice from her past self, and escalates the situation, babbling about her being the Doctor and Gallifrey being destroyed.

Already having possession of Martin’s gun, Gat freaks out, and despite Martin’s warning, she fires her booby trapped weapon, thus killing herself. Martin takes charge once again, and while arguing with Whittaker, they tell the Judoon to shove off and escape in her TARDIS, where the Doctor takes the Thirteenth Doctor back down to earth and kicks her out.

It’s a properly shell shocked Thirteenth Doctor that wanders the streets until her companions find her. They relay Jack’s message about the upcoming story. Back in the TARDIS, the Doctor is still dizzy from this new information about her life. This time, her companions, standing in their trademarked triangle formation, do appear to want to be there, and traveling with the Doctor — once again, a bit more connection than usual. Presumably, via Patel’s words.

I’d definitely have to grade the Martin era much higher than the Whittaker era in the end. Yes, this one episode establishes a very impressive Doctor, and a bit of her backstory. No, there’s never really been any pay off as exactly who Lee was, or the specifics between Martin’s Doctor and Gat. We assume that this was all part and parcel of her time at Division, and that the only way to quit was to effectively kill herself off and become human.

Chibnall’s one strength is the ability to set something up. That, along with the writing of Vinay Patel, made this the lone highlight amidst the Chibnall reign. The Martin era.

To date, we still haven’t gotten a reasonable explanation for certain inconsistencies such as Martin having her TARDIS in the shape of a police box, which didn’t come into being until Hartnell’s time. The Season 6B theorists were also shut down via the sonic conversation (Troughton already had it).

Come to think of it, sure, we found out that the Doctor is not Gallifreyan, having come from some other universe. And yet, she has two hearts and registers as Gallifreyan with any scan. That’s odd, isn’t it? I don’t think we can look to Chibnall for any answers to clean up the mess, but hey, that’s the Whittaker era for you.

I much prefer the Martin era. It was quite good.

Doctor Who and the Martin Era: Reassessing Fugitive of the Judoon 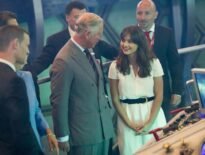 Features 10 Times the Royal Family Has Been in Doctor Who 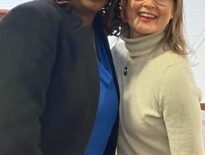