Big Finish Teases Classic Doctors Vs New Monsters, Including the Clockwork Droids and the Silence The box includes four new adventures featuring classic Doctors encountering monsters from the new series, with the Clockwork Droids making their Big Finish debut, as well as the body-snatching Harmony Shoal from The Husbands of River Song (2015) and The Return of Doctor Mysterio (2016).

The Queen of Clocks stars the robotic antagonists first seen in The Girl in the Fireplace (2006), while in the final two episodes of Broken Memories, Nicholas Briggs guest stars as the Silence, recurring aliens from throughout the Eleventh Doctor era, debuting in 2011’s The Impossible Astronaut/ Day of the Moon, and showing up again in The Wedding of River Song (also 2011) and The Time of the Doctor (2013) — among other episodes.

“I’ve been delighted to see how this series has captured the imaginations of our listeners and how everyone has embraced the idea. At last, the Clockwork Droids make their audio debut at Big Finish, as does Harmony Shoal — in two inventive adventures that take them in new directions. And then, two episodes with the Silence, spanning years and different Doctors, as we enter the Silent City…”

“I’m always impressed with how the writers find new twists on each monster — tailoring new stories to each Classic incarnation. With creatures from the Tenth, Eleventh, and Twelfth Doctor eras, we find out what Harmony Shoal gets up to in the far future on a colony world reminiscent of 1970s Who; what happens when the Clockwork Droids run amok as the colourful Sixth Doctor and Mel race to the rescue; and how the Silence are interwoven across the lives of two very different Doctors. It’s another thrilling ride!”

Classic Doctors New Monsters: Broken Memories is now available to pre-order as a four-disc CD box set (and download) for £24.99, or digital download (for £19.99), exclusively from Big Finish.

Big Finish Teases Classic Doctors Vs New Monsters, Including the Clockwork Droids and the Silence 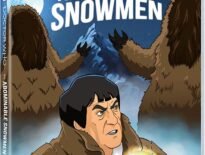 Merchandise The Abominable Snowmen Animation to be Released Ne… 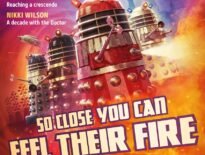