Will Disney+ Interfere with Doctor Who? Russell T Davies Assures Us That “It’s Still the Same Show”

When it was announced that Disney+ would have a hand in the distribution of Doctor Who across the world, some fans feared that the House of Mouse might have some creative control in the show; new showrunner, Russell T Davies, however, has assured us that this is business as usual.

They do send “notes”, but Davies writes in the latest issue of Doctor Who Magazine that this is pretty standard:

“I know people are, naturally, worried about American producers having notes on things. Well, don’t be. They’re giving excellent notes.

“And I’m here to tell you, you haven’t watched a drama on British television in 20 years that hasn’t had American notes on it. Everything is a co-production… it’s really, completely normal.

“And if you want any more reassurance, let me just tell you that we’re about to transmit the words ‘Mavic Chen’ on television for the first time since 1966. It is absolutely the same show.”

(Mavic Chen, the President of the Solar System, appeared in The Daleks’ Master Plan. We’re pondering how on Earth he’s going to get a mention in an upcoming story.)

That’ll come as a relief to some — but come on, did we really think RTD, who has a clear grip on what Doctor Who is and what it can be, would not only go to another company for funds knowing that they’d want to change integral stuff, but would also be swayed by “notes”?

This is the guy who introduced new generations to the show back in 2005. Including me. I’ve faith that he’ll do what he thinks is best and right for the programme.

Let’s not forget that BBC America has had a hand in producing Doctor Who before, so American suggestions aren’t an entirely new thing for the franchise. And no one mention The TV Movie, eh?

Will Disney+ Interfere with Doctor Who? Russell T Davies Assures Us That “It’s Still the Same Show” 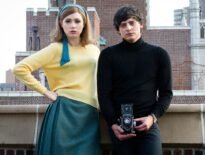