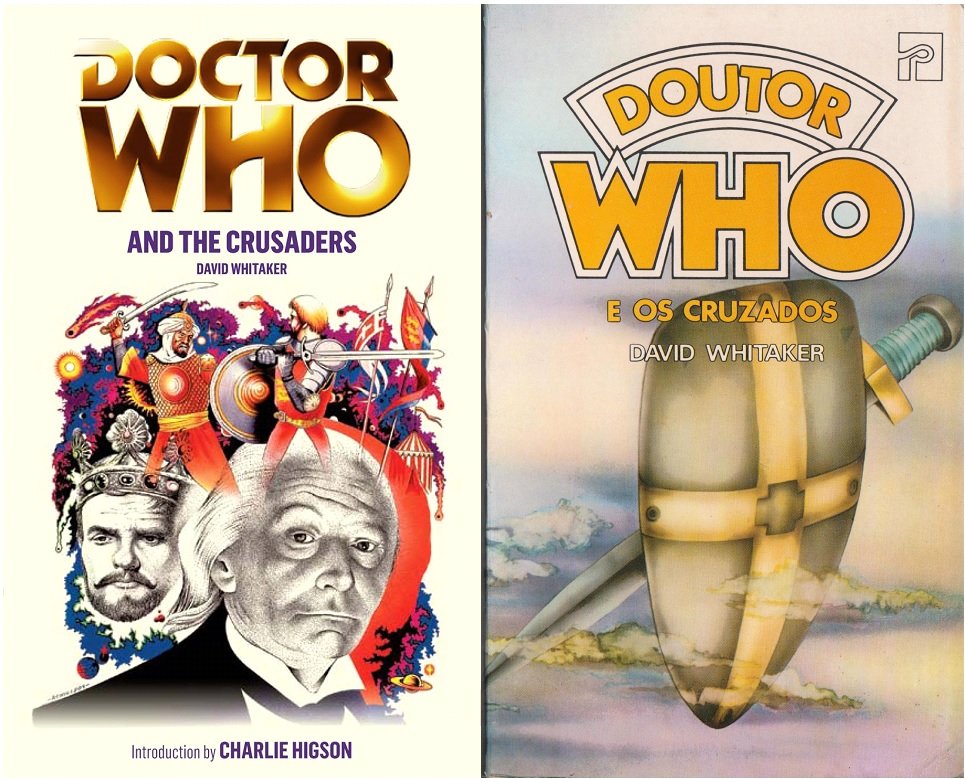 As you may know, only three Doctor Who novels were published in the ’60s – four, if you count World Distributors’ Doctor Who and the Invasion from Space. David Whitaker followed his novelisation of the first Dalek story with a reworking of his scripts from The Crusade.  The decision to go for this story was a canny one: he wasn’t retelling someone else’s story, so he wouldn’t have to split his royalties again.

The original ’60s edition sold predominantly to libraries; you could still find it in their children’s sections well into the 1970s.  It had a rather splendid dust jacket of a chap in chain mail, who appeared to be shouting to his unseen comrades to lead a charge on a stylised pic of a police box.  As with the other Muller original novels, it used the Hartnell Doctor Who logo, chopped up a bit to make it look spikey, and an artist – this time, Henry Fox – had been commissioned to provide internal illustrations. Fox is the best of the three illustrators employed by Muller: check out his superb drawing of the Doctor with Joanna (even though she doesn’t look like Jean Marsh – presumably because that meant the publishers didn’t have to make a payment to the actress). The internal illustrations were re-used in the Target edition, though they’re much more cleanly printed in the original and consequently look miles better.

(As a child, I can remember picking the Muller edition off the shelves of Hanworth library in West London and flipping through it, bewildered by the fact that a) there weren’t any monsters in it and it therefore it must be boring, and b) there were pictures in it of some old bloke with long hair, who was supposed to be the Doctor, even though he didn’t look a bit like Jon Pertwee.) 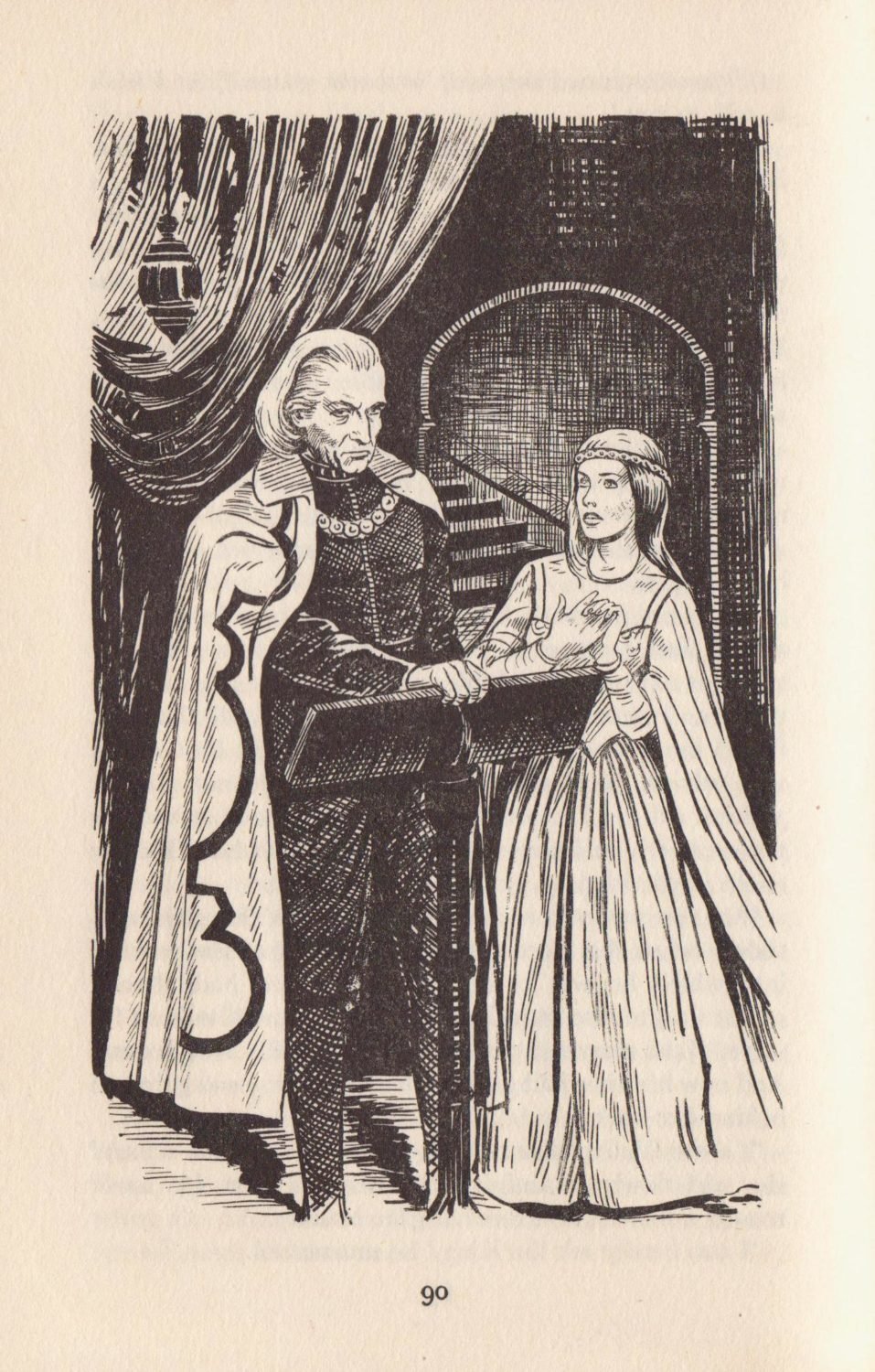 The first edition still pops up from time to time on eBay and Amazon. It can go for up to £400, though the eBay price seems settled at around £150 for one with the dust jacket, and £40 for one without. (I ought to declare an interest here as I have a very nice Doctor Who shop on eBay and it’s in stock, but of course this isn’t a hidden plug and please don’t edit out this bit – no, really, it’s not a plug at all.) Armada published a 1965 paperback of Whitaker’s Dalek novel, as did Avon in the US in 1967; Doctor Who and the Crusaders received its paperback edition from Green Lion rather than Armada – but not until 1967, well into Troughton’s tenure. The Green Lion edition has a rotten cover of Hartnell running away from some cartoon Crusaders, and Fox’s brilliant illustrations are ditched in favour of some truly dreadful new ones. (The weakest of the three original novels, Doctor Who and the Zarbi, wasn’t published in paperback until the Target edition of 1973.)

So much for the preamble. Is it any good?

The short answer is yes. In fact, it’s a superb novel, easily among the best of all the original series novelisations.

It’s not as good as Whitaker’s re-telling of the Dalek story: the original screenplay was much less imaginative, after all, and Whitaker doesn’t have the opportunity to rework the Unearthly Child prologue again, which he did so brilliantly in his first book – though he does add an excellent initial chapter, set in the Tardis, to use the italics standard to ’60s Doctor Who. Even so, he’s a first-rate writer; his prose style’s rather like that of John Wyndham, whose novels were well known when the book was first published. So do get it and dig in: it’s better than the original TV version. This is a bit of a heresy, I know, but it’s still true. Genuinely well written, exciting, funny when it needs to be, and a good way to pass a rainy day. The bit of history that forms the background to the book is fairly well known. European Christians had got it into their heads that it would be a jolly good idea to go off to Palestine, kill lots of people, and claim Jerusalem for Christendom. So far, so nasty. Jerusalem was then, as it is now, a holy city for Jews and Muslims (and for Christians, to a lesser extent), though it was then an Islamic possession. Historically, the Muslims were far more civilised than the rabble of thugs calling themselves Christians, who’d been inspired to undertake their own holy war by the nastier bits of the Old Testament and the exhortations of some of the madder and deeply unpleasant popes – totally ignoring the inconvenient teachings of the New Testament that called for people to love their fellow human beings, including their enemies, and to renounce violence. Some of this is reflected in the novel, especially in the sympathetic portraits of Saladin, his brother Saphadin, and the heroic figure of Haroun ed Diin. Whitaker’s more generous to Richard I than he should be: he’s presented as misguided but essentially as a jolly good egg. Ian and Saladin discuss the merits of Islam and Christianity in an excellent scene that wasn’t in the screenplay.

The book’s themes probably resonate more today than they would have done in the ’60s. Today, Islamophobia is rife and Muslims have become a convenient target for racist inadequates, who can lie that they’re not at all racist, O no, they’re just opposed to a religion. Islamic State and its ilk refer to people in the West, no matter how secularised they are, as Crusaders. And anti-Christian prejudice in some of Europe is on the increase:  Christianophobia is fun, and the only people against whom liberal, right thinking people may blamelessly be prejudiced are Christians. (Christianophobia is far less damaging than Islamophobia right now, yet it remains to be seen how it will develop. We live on a continent that does not always respect the freedom of religion; Sikhs are not allowed to wear their turbans in France, the dress-code for some Muslim women is frowned on in much of the EU, and one woman lost her job with a British airline for having the gall to wear a cross in public.) 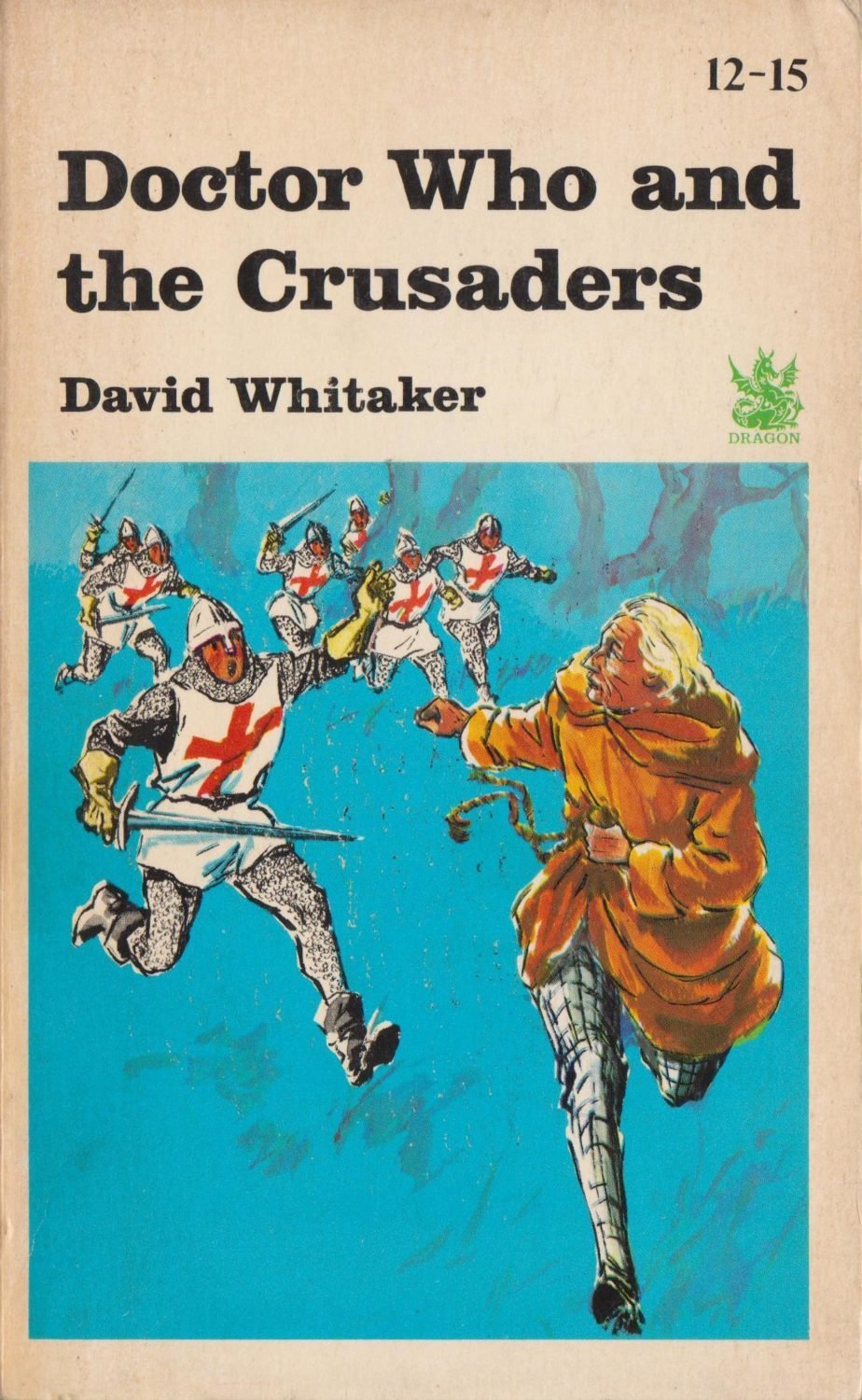 Thus Whitaker’s sympathetic portraits of the Muslims still speak to us today: they are human beings, not monsters, with a rich culture that deserves respect, not condemnation. Groups like Islamic State and Al Qaeda are monstrous heresies from Islam, condemned as such by the mass of the Muslim population; they no more represent mainstream Islam than the Klu Klux Klan represents mainstream Christianity. As the Doctor tells his companions in the novel’s first chapter, ‘We are doing something. We are learning. Why do people kill each other, steal from each other; rob, slander, hurt and destroy? … Until we know, until we can control greed, destructive ambition, hatred and the dozen and one other flaws that plague us, we are not worthy to breathe.’ (Actually, a pretty good summary of the message of Doctor Who in its entirety.)

This is getting pretty heavy. Barry Letts once said that, although Doctor Who has a meaning beyond its narrative, you shouldn’t read too much into an adventure series. So, what else is there to commend the book?

Well, it’s a cracking story. The characters are well drawn: they’re not cardboard cut-outs, or ciphers to hang smart-arse quips on. As with the other two ’60s novels, it’s a heavy rewrite of the TV version. Whitaker can open the story out and include lots of horses, soldiers, palaces, and things that wouldn’t fit into the ancient Lime Grove studios. The cod-Shakespearean dialogue of the original is toned down – mercifully, as it was anachronistic for the period and the ‘English’ would have been speaking French anyway. (At the time, England was seen as a backwater of the much superior France, where Richard spent most of his time.) El Akir is a magnificent villain, right up there with Tobias Vaughan, Mehendri Solon, and Brigade Leader Stewart in the series’ pantheon of baddies. He’s good on TV (Walter Randall always gave fine performances) but he’s even better here – and it’s worth getting the audiobook

to hear William Russell’s marvellous performance as the emetic Emir. (It’s been pointed out that you can tell who the baddies are in the first TV season because they always have the hots for Barbara. El Akir recruits her into his harem, before she’s rescued by the valiant and square-jawed Chesterton.) The romance between Ian and Barbara from Whitaker’s first book, absent from TV, is continued in the novel, though there’s a bit too much about Ian’s tanned and rippling biceps and pecs for my liking. The thief who tries to get the ants to eat Ian, staked out in the desert (mighty pecs still rippling, no doubt) is a delight; once again, he’s beautifully performed by Russell on the audiobook. If you want a good read and a slice of the best of ’60s’ children’s literature, do get it. You don’t have to pay a fortune for the first edition: it’s one of the Target books republished by the BBC and second hand copies are easily available. Thrill to the exploits of Doctor Who and his friends as they defeat the villainous El Akir, of whom Whitaker says, ‘Behind the man lay a dark trail of evil, without one saving grace, without one worthy deed…’ Fab! Jolly, jolly exciting! Yes indeed!

Doctor Who and the Crusaders had an afterlife in foreign language editions as Doutor Who e os Cruzados (Portuguese), Doctor Who en de Kruisvaarders (Dutch) and Docteur Who – les Croisés (French). The Dutch edition re-used the Target Achilleos cover; the Portuguese and French versions had new covers – both a bit dull, which is a bit of a shame as the Portuguese covers especially can be very good indeed. (Note: Achilleos used a publicity still from The Three Doctors as his reference for Hartnell, so he’s a bit chubbier than he was in the ’60s.)

If you’re still bewildered by the enormous range of original series novelisations, or are unsure where to start, I’m hoping to recommend some more of the best of the run in future fascinating, witty, and gripping articles.

But for now, get the reprint of Doctor Who and the Crusaders from Amazon

Review: Doctor Who and the Cru… 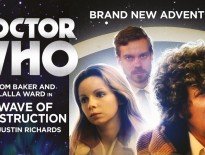 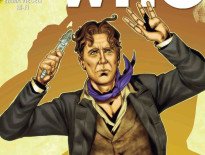