Death, Life, and The Time of the Doctor

It’s a reflection of the Doctor’s near-immortality that Doctor Who frequently turns its focus on a particularly grim subject – the grimmest, in fact. Death. This isn’t necessarily the countless lives cut down by various alien threats; it’s how that impacts on others. One of the most memorable examinations is Hide (2013), arguably the epitome of Series 7’s main theme. It’s Alec Palmer that sums up his and the Doctor’s situation: “I sent young men and women to their deaths, but here I am, still alive, and it does tend to haunt you – living, after so much of the other thing.”
If we go further back, we find similar sentiments in Tomb of the Cybermen (1967), in that famous conversation between the Second Doctor and Victoria. With the latter naturally mourning the loss of her father, the Doctor reassures her that it never really goes away, and that’s okay. He can remember his family whenever he wants: “I have to really want to, to bring them back in front of my eyes. The rest of the time they sleep in my mind, and I forget. And so will you. Oh yes, you will. You’ll find there’s so much else to think about. So remember, our lives are different to anybody else’s. That’s the exciting thing. There’s nobody in the universe can do what we’re doing. You must get some sleep and let this poor old man stay awake.”
It’s only natural that a show whose lead character can cheat death does actually bode over the subject with regularity. It’s the nature of time, as we experience it, after all – what some might call entropy. School Reunion (2006) underlined the idea that immortality can be a curse, as did the following year’s The Lazarus Experiment. Tooth and Claw (2006) also ruminated on the afterlife, and why we’re not permitted even a brief but conclusive glimpse beyond the veil. 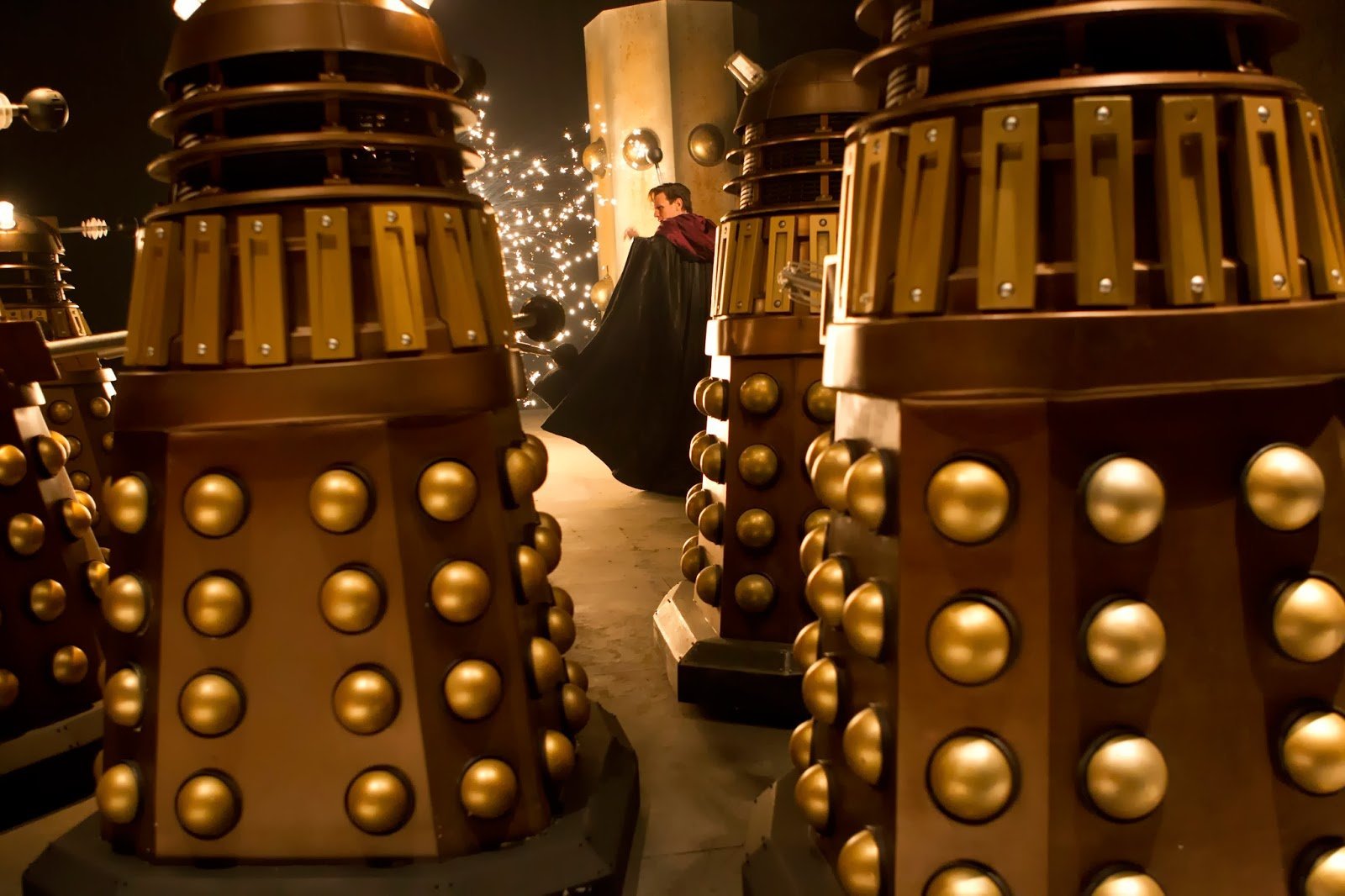 Nonetheless, Doctor Who is an optimistic show. It doesn’t take Torchwood‘s stance, that there’s nothing awaiting us: its outlook is almost-unerringly hopeful.
More than that, we’re shown that the dead can return, whether that’s literally, as in the case of Rory Williams, or as a quirk of time travel, bringing a slice of the present day into the lives of Charles Dickens, Agatha Christie, and Vincent van Gogh, all of who, we’re assured, will live on in our great cultural memory. Rose sums it up nicely in The Unquiet Dead (2005): Christmas Day, 1860, happens just the once and then it’s gone, except for the Doctor, who can “go back and see days that are dead and gone a hundred thousand sunsets ago.” It’s a rather lovely idea, nestled at the heart of Doctor Who.
The Time of the Doctor highlights this attitude, a true study of death and grief. Even though he looks younger, Matt Smith’s Eleventh Doctor is that same person Troughton’s Time Lord spoke of – a poor old man, staying awake while others dream.
I don’t think it’s right to have a favourite Doctor; for one, it’s impossible to choose. But I do think it’s okay to have one you call “My Doctor” – that is, an incarnation that you particularly relate to, whose stories just connected with you, and who might’ve inspired you in tough times. The Eleventh Doctor is that to me. It’s only natural that, personally speaking, The Time of the Doctor be the most upsetting episode of Doctor Who ever. However, it’s also a masterclass in grief, while encompassing Doctor Who‘s continued optimism.
Regeneration is a horrible thing for the Doctor, and he’s never quite sure how he’ll come out of it. The Second Doctor objected to the Time Lord’s forced renewal in The War Games (1969), and for the Fifth Doctor, he wasn’t even sure he would change his face, as it felt a little different that time. The Tenth Doctor was bitter, having to give up that body, almost sneering at the new man sauntering off. 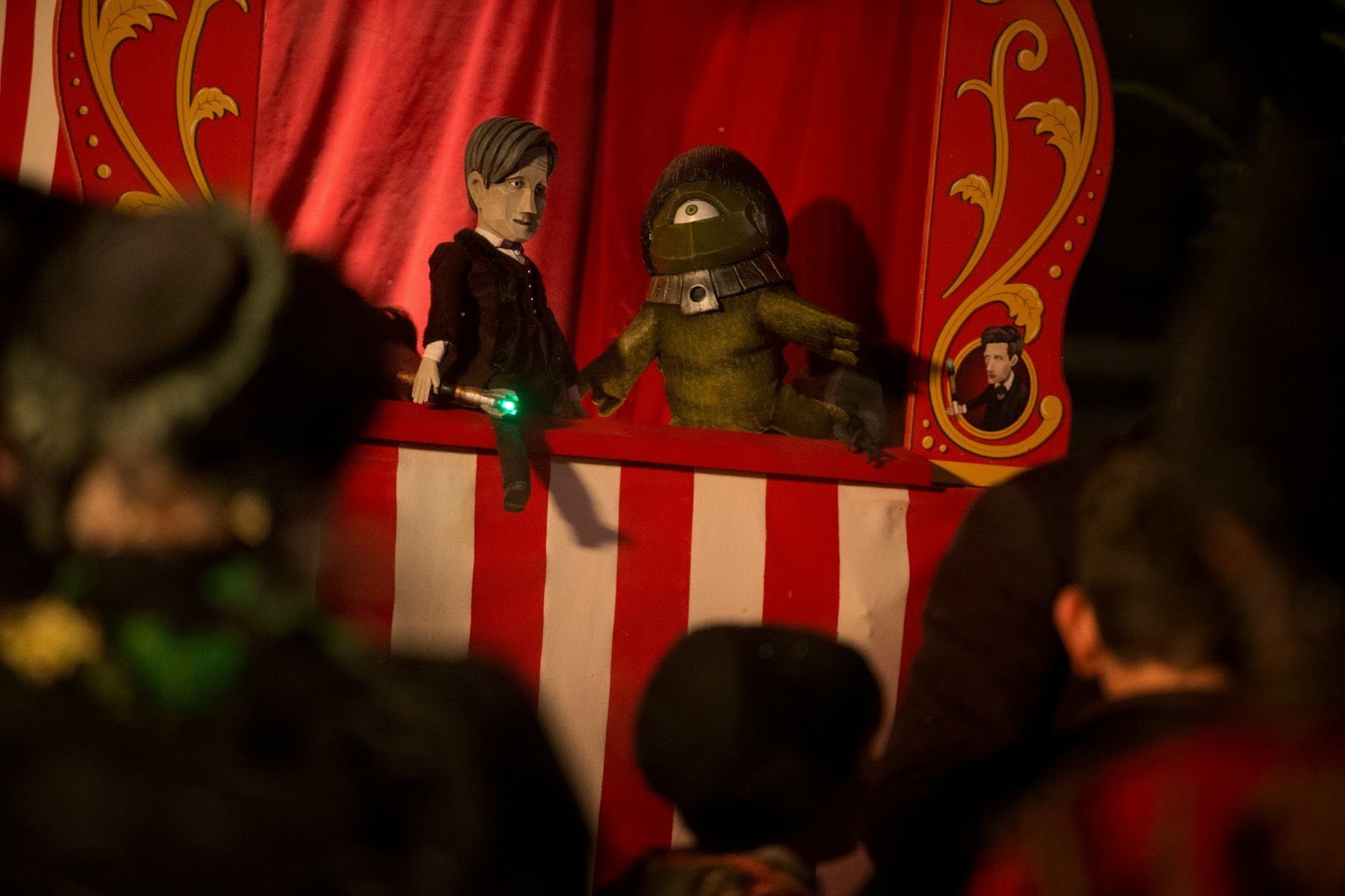 Fortunately, The Time of the Doctor takes a different stance to that of The End of Time (2009).
The Doctor has come to the end of his regeneration cycle. More than in even Logopolis (1981), it’s the end, but the moment has been prepared for. This means the episode can properly push the Time Lord to the edge, a foot arguably already in the valley of death; the audience knows he’ll get out of it somehow, but the Doctor doesn’t.
And that’s an excuse for a party. It strikes me as immediately odd that, following a funeral, there’s a bit of a party. It’s not one where people sing ‘Agadoo’ (nor “Klokleda partha menin klatch, haroon haroon haroon…”), but instead, a chance to catch up with relatives and friends and eat cake. It seems so weird, viewed as a domino game of juxtapositions, but it’s not. Not really. It’s a celebration, not of death, but of life.
While very few friends were present in The Time of the Doctor, the tone is nonetheless the same. What does the Doctor do when facing the end? He fixes toys, eats marshmallows, and dances the Drunk Giraffe. He tries to make his time count, by making sure those around him are safe and happy. He has fun. At the end of days, that’s what the Doctor, whatever his incarnation, should do, isn’t it? He ekes out as much happiness as he can.
In The Wedding of River Song (2011), he tells Churchill, “If it’s time to go, remember what you’re leaving. Remember the best” –  and that’s exactly what he does. He reminds himself of the good old days, surrounding himself with people who he can regale stories to. As such, he’s rewarded with the children’s drawings of his battles. They’re with him as he regenerates too, those tales as a patchwork of his identity. They underline one simple fact: Matt Smith will be missed.
It helps that The Time of the Doctor is underpinned with the themes of Steven Moffat’s era on the show. To coin a phrase, it’s timey-wimey. It’s reflective and foreboding, finding important moments in the smallest of things. It’s ‘meta’, too, the whole thing hinging on the oldest question in the universe, “Doctor who?” The episode wraps up elements introduced in The Eleventh Hour (2010), and fresh from the 50th anniversary celebrations, deliberately adding that final bow to a special present.
It’s often said that Matt is an old man in the body of a young one, and this too is paid off; he’s aged, but still captures that contrast of ages, one moment mourning the passage of time when Handles (for all intents and purposes) dies, and the next desperately looking for the pink marshmallows.
Christmas is supposed to be a joyful time – Linda scorns their tears during the festivities – but it’s not always, is it? There’s a melancholy to it, a sadness to the year coming to a close. And that’s fine. It’s about finding the good in the bad, and vice versa, and embracing both.
Why does the Doctor keep on fighting? In one of the strongest scenes of the story, he reminds himself what he’s fighting for. He and Clara see the few minutes of sunlight, brightening the darkness.
Christmas: it’s an apt name for a town on Trenzalore. 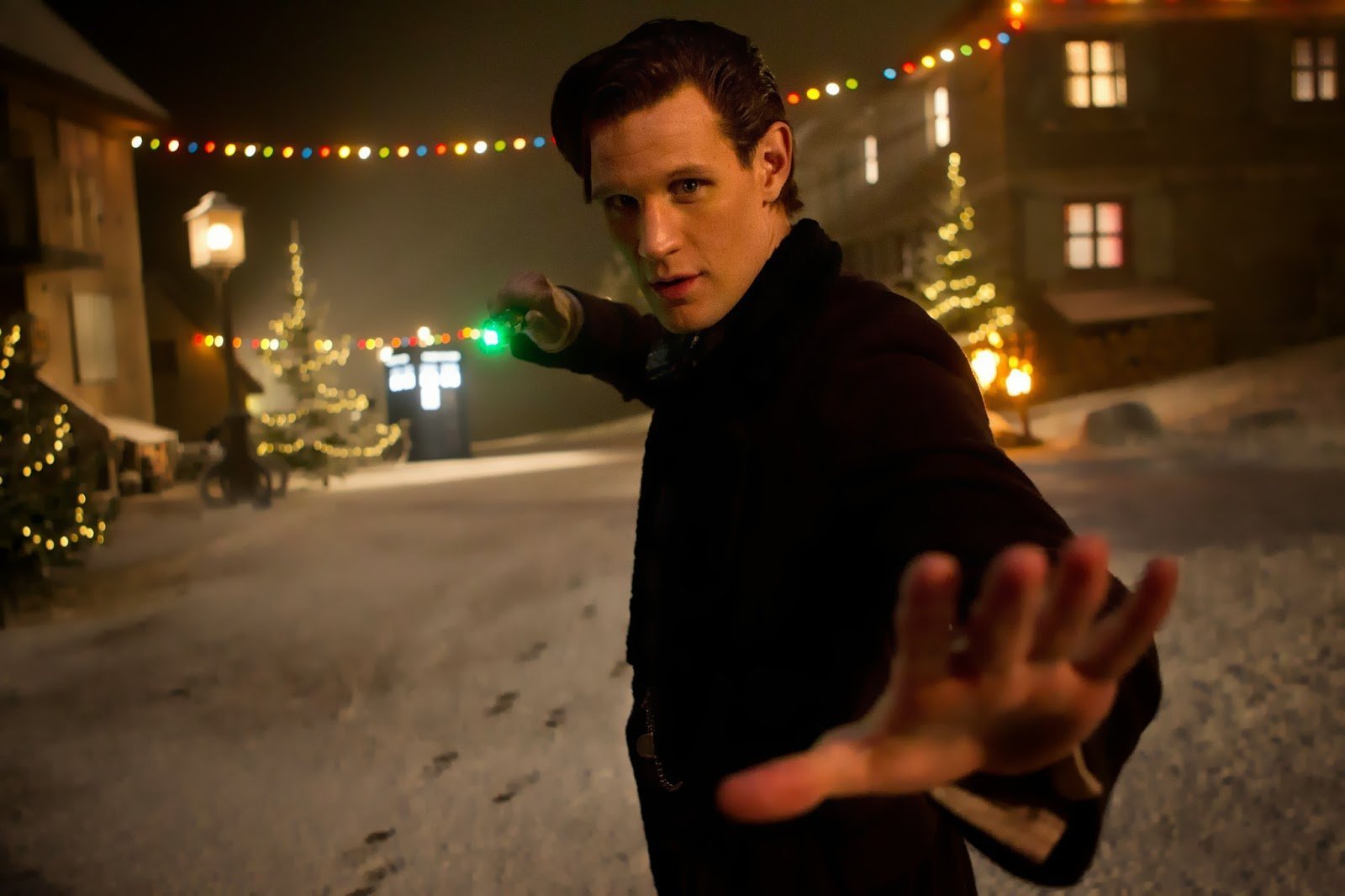 The Time of the Doctor is a special episode, in all senses of the word: it’s important to the show, it’s important to fans, it’s important as a study of grief, and, just like The Day of the Doctor, it’s classed as a special in itself, separate from Series 7. But the run of stories that begins with Asylum of the Daleks does segue into the 2013 Christmas episode, pondering over the nature of entropy. We must return to Hide because Palmer also tells the Doctor that, if he could talk to the departed… “Well, I’d very much like to thank them.”
And that’s exactly it. I’ll always find The Time of the Doctor the most upsetting episode of Doctor Who: the reason is purely because I’ll always miss My Doctor. But it’s also because it’s about death. That’s a terrifying subject. It really is. Put it under the microscope, however, and death is just the reflection of life.
We mourn the prospect of having no more memories of someone. The Doctor nailed it in Tomb of the Cybermen: the important thing is the memories, and we have to be thankful for that – those memories change us. Doctor Who tells us that life goes on; in fact, the Eleventh Doctor directly says, “We all change, when you think about it. We’re all different people all through our lives. And that’s okay, that’s good, you’ve got to keep moving, so long as you remember all the people that you used to be.”
The Eleventh Doctor was always so full of life, and The Time of the Doctor is a reflection of that, just as much of death.

Death, Life, and The Time of the Doctor

by Philip Bates time to read: 6 min
Features A Watcher's Point Of View: Life, Loss, and Lo…
Features Once More With Feeling: The Earthshock Conundrum
11
%d bloggers like this: