It’s fair to say that the majority of fans know comparatively little about The Massacre, or The Massacre of St Bartholomew’s Eve, if you will. Even fewer will have ever seen it, the four-part serial having been lost to the decades, meaning our only exposure to it is the audio recording, a couple of rare pictures, and the Target novelisation. The result of the tapes being wiped is an added layer of intrigue – which feels very fitting for the story – and maybe that’s why it’s the second tale covered in the Black Archive range, Obverse Books’ ongoing series of book-length essays about Doctor Who.
I pride myself on knowing the show pretty intimately, but going into this tome, I fully admit that I knew precious little about The Massacre: William Hartnell plays the villainous Abbot of Amboise as well as the Doctor; Dodo Chaplet (Jackie Lane) joins the TARDIS in the closing minutes of Episode Four; and it’s written by John Lucarotti (The Aztecs).
As it turns out, the latter isn’t a fact at all. Lucarotti essentially disowned it as the final film was largely rewritten by Script Editor, Donald Tosh. And because John wrote the Target book, that story’s completely different to the screened story anyway. We therefore know less about The Massacre than we may initially think.
This Black Archive title aims to shed light on events, and does so amazingly well. In fact, I’d go so far as to say this is one of the most educational and enjoyable non-fiction Doctor Who books I’ve ever read. You might pick up this release without knowing anything about The Massacre – neither the Who story nor the real events in France, 1572. Author, James Cooray Smith obviously realises the audience’s inexperience, so alongside the synopses of the four episodes (a regular Black Archive feature), the first two chapters (“Adventures in History”; “What Happens in The Massacre?”) respectively run through the historical context – and which characters were real people – and the minutiae of The Massacre. It’s a meticulous and fascinating couple of chapters, and we learn what might’ve inspired Lucarotti’s version of the serial: his idea was that the Doctor would impersonate the Abbot, and that’s because there actually was a fake Abbot of Amboise!
There’s more to it than that: the Doctor doesn’t pretend to be the Abbot, but as Smith points out, Steven Taylor (Peter Purves) thinks he does, and there would’ve been confusion on the audience’s behalf too, at least for a while. Identity plays a big enough part in The Massacre, it’s almost Shakespeare.
Smith really praises the material without gushing about it, but certainly doesn’t ignore its faults. Instead of criticising, however, he takes a very level approach, assessing how these mistakes could’ve occurred, and how they can be explained in the narrative. Much of the problems arise due to rewrites, and Smith separates the different iterations of the story – and even tries to uncover what Lucarotti’s original draft contained. It’s an incredibly well-informed piece: littered throughout are quotes from Tosh, Lucarotti, Purves, and Producer, John Wiles, while he also references the work of Alexandre Dumas, and many non-fiction works in order to detail the true events.
Its third chapter, “Differences in Religion”, examines the role of faith in the serial, even finding a lovely oasis of Christian allegory in the Doctor, the Abbot, and Steven’s journeys, while the following sections look at historical differences, and the differing versions of The Massacre, including script extracts and an interesting look at the ever-divisive Wiles, putting his tenure in a wider context, meaning this Black Archive also acts as a solid primer for other stories like The Daleks’ Master Plan, The Celestial Toymaker, and The Ark.
Looking at its chapters alone, this Black Archive title is certainly an impressive work, but it goes one step further with seven appendixes – nearly 50 pages of bonus material, and the cherry on the top. These are separate but related essays about the production timeline; Dodo; the Chaplet family and whether Anne could’ve realistically been related to Dodo; etymology; the story’s actual title (The Massacre, or The Massacre of St. Bartholomew’s Eve, taking into account original scripts, which publications attached which titles, and which is more historically accurate); its reception; and a conclusion asking if The Massacre played as much a part in the death of Doctor Who‘s pure historicals as The Gunfighters. 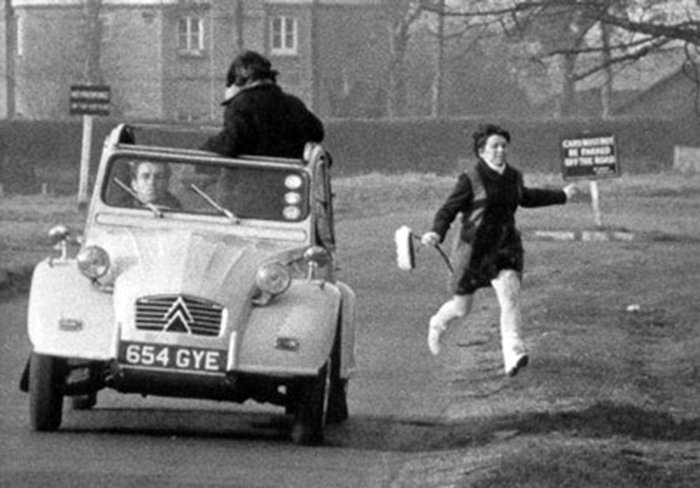 Each is a wonderful addition to an already excellent volume, so much so that it’s difficult to highlight which is best. The last two – “Reception and Ratings” and “The End of History” – are nicely linked, with Smith comparing how The Massacre‘s ratings stack up against previous stories in similar slots, like The Edge of Destruction, Marco Polo, and The Web Planet to conclude why the TARDIS doesn’t travel back in time as often as it did in the Hartnell era.
I was most surprised with “Flight of the Dodo” and “The Family Chaplet”, however: these two appendixes argue that Dodo is one of the most important companions in Doctor Who, and that she really could be Anne’s descendant. More than that, James Cooray Smith has a pretty mind-blowing (and Steven Moffat-esque) theory about the serial’s main players, one which you find nearly-impossible to counter. It actually made me put down the volume for a second, and marvel at the thought that’s gone into it. I may have also read it out to my family. You’ll find the startling revelation at the end of “The Family Chaplet”.
Considering the wealth of non-fiction books about the show, there’s surprisingly few that are essential reading. Needless to say, I’ve no qualms in recommending The Black Archive: The Massacre to all Doctor Who fans, and in giving it 10/10.
The Black Archive#2: The Massacre is out now from Obverse Books.