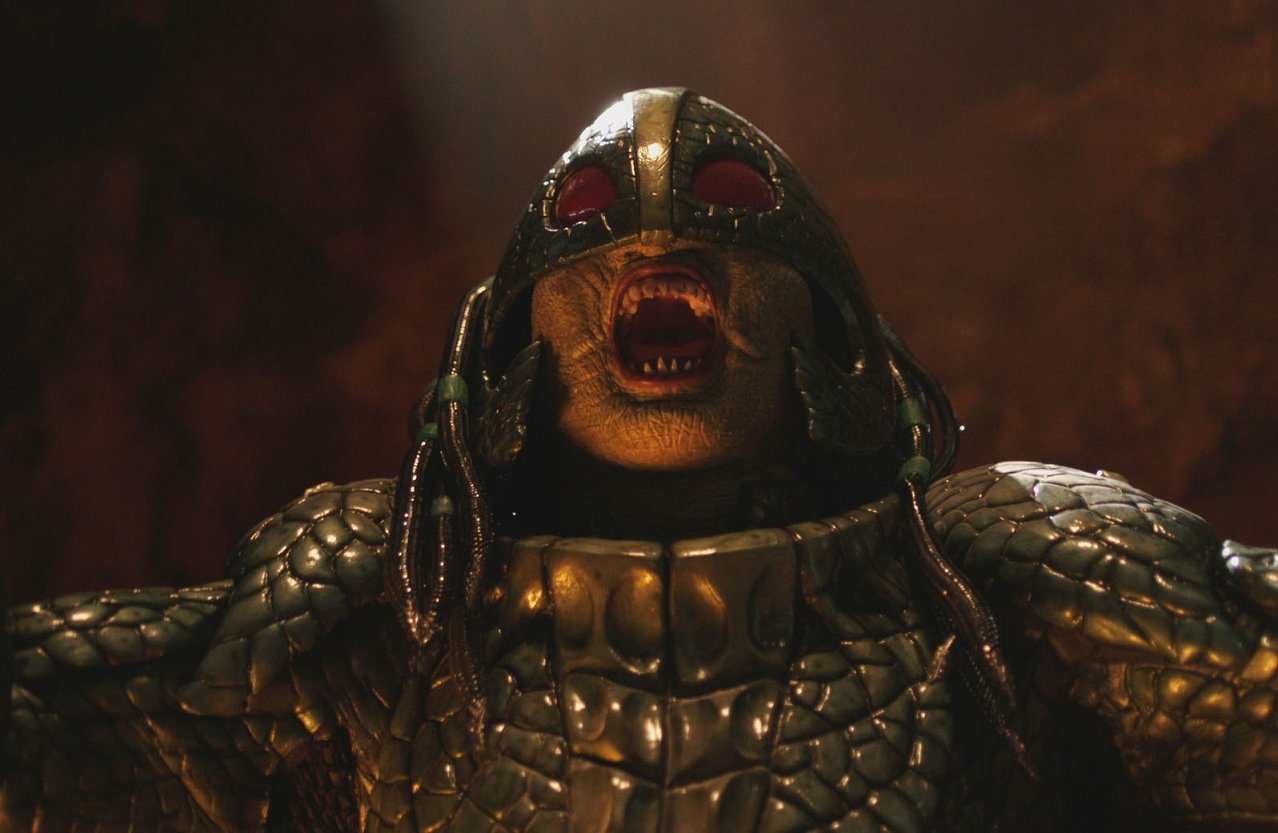 I have just two words to say about this episode, and it sums it all up for me. Ysanne Churchman! Oh wait, you want more? Okay, I can probably turn out a few more words than that.

Before this season started, the group of us that are writing about the episodes divided up the titles, and since I picked early, I went for this one because I knew it was the Ice Warriors story. I loved them in the classic series, so I was eager to see them return. I know they had already come back once in the 2013 story, Cold War. While I liked that, it didn’t have the same impact for me that the originals did. In the lead-up to this story, I was hearing things like “we’ll see a new version of the Ice Warriors”. My first thought with that was “Uh-oh”. I had an instant flashback to 2005 and “Spider Daleks”. I was a bit concerned about a “new” Ice Warrior. This was written by Mark Gatiss, who seems to be polarising with fans. I never quite understood that – I always enjoyed his scripts. So I was primed to enjoy this one. I like Gatiss, I like the Ice Warriors, so my only fear was the “new model”.

I shouldn’t have worried – this one knocked it out of the park! It was outstandingly awesome! I just loved the pace of this story. While I might have liked a bit of additional backstory (aka a two parter), I thought this flowed well for its time on screen. Some good drama, several laughs, I can’t think of anything in this I didn’t like – it was darned solid from front to back. Although I’m a little unclear as to why the TARDIS took off on its own with Nardole (Matt Lucas). I understand it from a “get Nardole out of the way” standpoint (the script was originally written before he was added to the roster), but within the context of the episode’s story itself, I wasn’t so sure why that happened.

Mark Gatiss wrote both this and Victory of the Daleks (2010). In both stories, we have an example of the main villain being a servant, and both of them had a “tea scene”. Friday the Ice Warrior (Richard Ashton) came close to the Dalek’s “Would you care for some tea?”, but didn’t get quite THAT far. Both characters did do the subservient role while biding their time. (It’s interesting that Friday’s motives were less obvious than the Daleks’; after all, the Martians had been somewhat redeemed in The Curse of Peladon.)

I thought the Ice Queen, Iraxxa (Adele Lynch) was seriously well executed. She looked like an organic change to the established character – it fits in with what came before, similar to what we got with the 2005 redesign of the Daleks. The opposite of that would be the redesign of the Silurians, who bear little resemblance to their classic series counterpart. The Ice Queen looked good, sounded good, and in the end wasn’t just another rampaging monster. My wife and 12-year-old daughter particularly loved the bit where she ignored all the men and pointed at Bill and asked what she thought. Overall, it was an EXCELLENT upgrade. Hopefully not the last time we ever see that character.

Here’s several smaller scenes or things I liked in the episode:

I just really loved this episode. Both the big stuff, and the small stuff. It flowed well, it was acted well, I just bloody loved it. Overall, this has been a VERY solid season for the most part, but this might be my favourite episode of the year.

Oh, and Ysanne Churchman? Why was I so excited about that? That was the actress who played Alpha Centauri, the giant eyeball in 1972’s The Curse of Peladon, and 1974’s The Monster of Peladon. They brought back the same actress 43 years later to play Alpha Centauri – who had a cameo towards the end of the episode. Ms. Churchman is 92 years old, and has been retired from acting since 1993. The team convinced her to come back and re-voice the giant eyeball, who appeared on screen at the end welcoming the Ice Warriors to the Galactic Federation. It was a major epic “Squee” moment – the kind that makes my wife wonder “Okay, what are they referencing from 40 years ago now?”
The Alpha Centurai appearance was the perfect dessert to a totally awesome episode. Couldn’t have loved it any more.