Perhaps it was the poor marketing? Perhaps it was the decision to air each episode weekly online in the UK first – rather than going worldwide simultaneously with an entire series worth of episodes. Perhaps it was the awkward sex and violence? Perhaps it was the lack of marketing – or the fact that the marketing didn’t really know who the show was for? Or to put it bluntly, who was this show for?
Anyway, in unsurprising news, Doctor Who spin-off Class has been dismissed by the BBC.
The drama series, which was written by YA novelist Patrick Ness, attracted lukewarm reviews when it was shown on BBC Three and then in a late-night slot on BBC One. While Ness has said that he wasn’t working on any new episodes, the show hadn’t been officially decommissioned – until today. 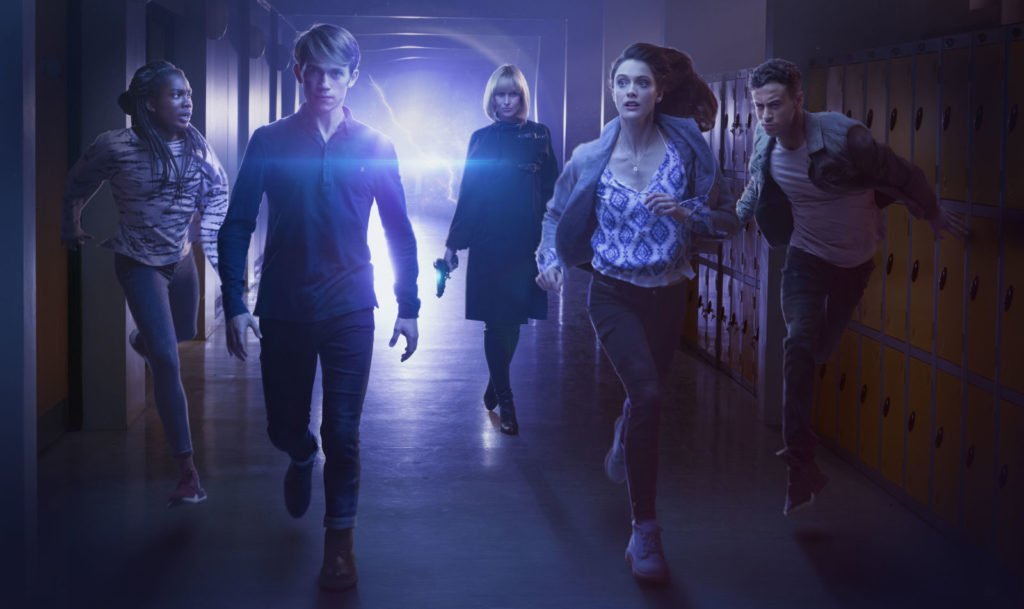 When asked by the Radio Times whether the show would return, BBC3 controller Damian Kavanagh said: “No, no.”
“There was nothing wrong with it,” he added. “I thought Patrick did a great job, he explored an amazing world. In honesty it didn’t really land for us on BBC3; some shows don’t and I have to make decisions about what we’re going to do from a drama point of view, and what we did after Class was Clique which worked really well for us.”
The drama series, which featured a group of classmates who were forced to defend Earth after a tear in the universe was opened in the modern incarnation of Coal Hill School, starred Fady Elsayed, Sophie Hopkins, Vivian Oparah, Greg Austin, and Katherine Kelly as alien teacher Miss Quill.
Peter Capaldi’s Twelfth Doctor made a cameo appearance in the first episode.
Patrick Ness wrote on Twitter:

What a great experience to make it. And SUCH a great cast. And thank you for all the love for it, too! Would that things were different…

As Doctor Who transitions from Steven Moffat’s era to Chris Chibnall’s here’s hoping that, with an entire universe to explore, another spin-off idea gets to learn from the mistakes of Class.

by Andrew Reynolds time to read: 1 min
News Coming Soon – Doctor Who and The Krikkitmen…
News Peter Capaldi Had One Specific Complaint About The…
6
%d bloggers like this: