Classic Doctor Who will be re-released, as previously rumoured, season by season on Blu-ray, starting with Doctor Who: The Collection – Season 12. This first title will be released on Blu-ray on 11th June 2018.
The Blu-ray has limited edition packaging with artwork by Lee Binding and has been restored and up-scaled to HD by Peter Crocker and Mark Ayres. The new release also has a wealth of new bonus content.
Russell Minton, Executive Producer at BBC Worldwide says :

“We are doing our very best at BBC Worldwide to restore and bring as many Classic Who titles out on Collector’s Edition Blu-ray, and this starts with being able to confirm one of my favourites, Tom Baker’s first season. We will also endeavour to include additional archive material and exciting newly-shot features where possible.”

Season 12, Tom Baker’s first as the Doctor, features five stories over 20 episodes: Robot, The Ark in Space, The Sontaran Experiment, Genesis of the Daleks, and Revenge of the Cybermen. The Doctor is accompanied in this season by Sarah Jane Smith (Elisabeth Sladen) and Harry Sullivan (Ian Marter) and was first broadcast between December 1974 and May 1975.
Here’s the gorgeous cover art: 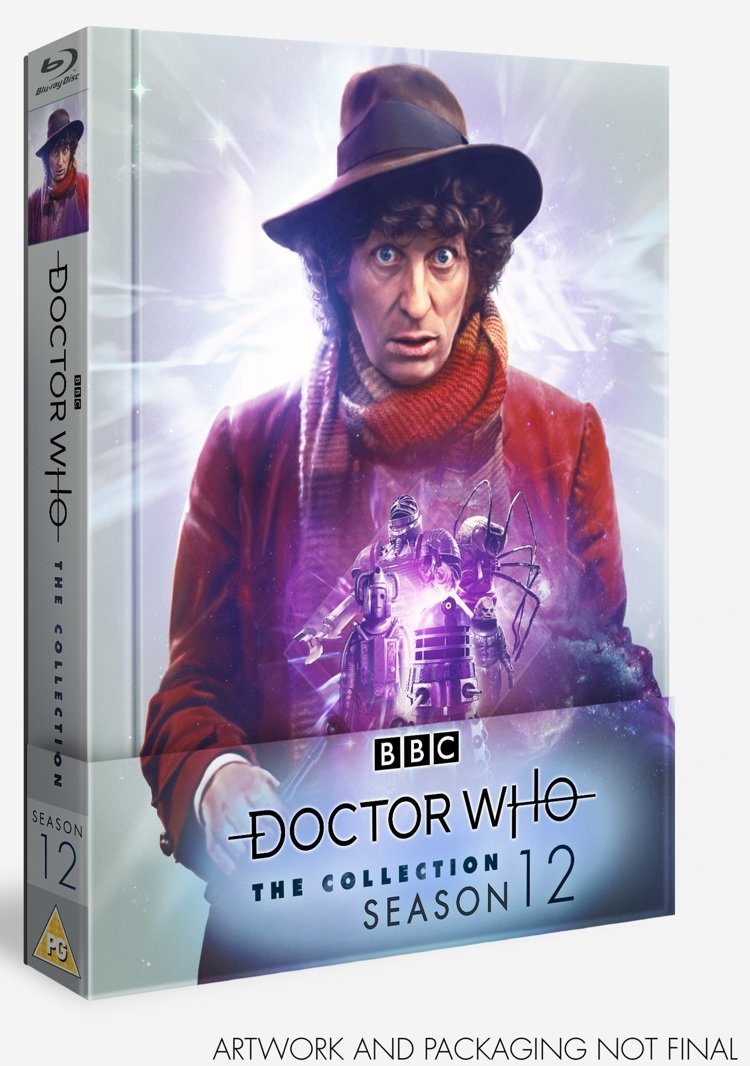 As you may notice, it uses the brand new Doctor Who logo, in something of a surprise twist. Yes, fandom is again divided. It’s basically our permanent state of being…
Doctor Who: The Collection – Season 12 includes existing bonus material from the original DVDs as well as the brand new features below:

by Philip Bates time to read: 1 min
Merchandise Get First Look at Thirteenth Doctor Comic with Fre…
Merchandise Sutekh the Destroyer Returns for Big Finish's…
0
%d bloggers like this: