Hot on the heels of Big Finish’s Fourth Doctor Adventures: Series 7 – Volume One, the second volume has just been announced – and features the return of Pyramids of Mars‘ Sutekh!
The Egyptian God was trapped in a… well, a pyramid on Mars, but attempted to get free in the classic Fourth Doctor story from 1975. But now, he’s back, and apparently determined to have his revenge on the Time Lord that stretched his Time Corridor into oblivion.
Four stories have been confirmed for The Fourth Doctor Adventures: Series 7 – Volume Two:

The Shadow of London by Justin Richards
The Bad Penny by Dan Starkey
Kill the Doctor! and The Age of Sutekh by Guy Adams

It doesn’t take a genius to work out that Sutekh returns in the latter two tales. 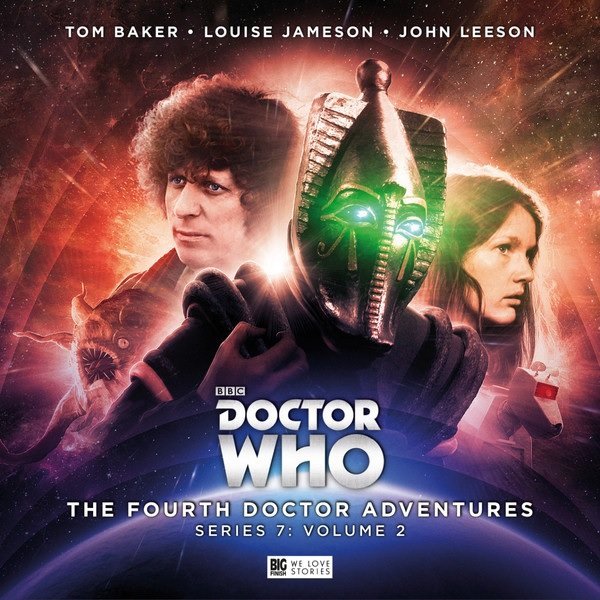 Tom Baker reprises his role as the Doctor, alongside Louise Jameson as Leela and John Leeson as K9. A director hasn’t been confirmed, though our money’s on either Nicholas Briggs, who directed the first set, or Lisa Bowerman.
Indeed, Bowerman’s character, Professor Bernice Summerfield, came up against Sutekh in The New Adventures of Bernice Summerfield: The Triumph of Sutekh (2015). That’s why, even though he’s not been announced, we’re almost certain Gabriel Woolf, the incomparable voice of the Osiran, will be back for the audio boxset. Woolf has worked for Big Finish on Arrangements for War (2004) and Thicker Than Water (2005), and also voiced the Beast in The Impossible Planet/ The Satan Pit (2006).
More details about The Fourth Doctor Adventures: Series 7 – Volume Two will be revealed soon, ahead of the set’s release in May 2018.
Are you happy to hear Sutekh will return? Will you be picking up this forthcoming title? Let us know in the comments below!