The news that the BBC’s classic late 1970s/early 1980’s sci-fi series Blakes 7 is to get a collected edition DVD set for the programme’s 40th anniversary represents a welcome acknowledgment of the show’s big birthday.
Excitement may have been tempered by the lack of any new extra material beyond what was included on the previous individual season releases, but the box set is a good excuse to give the programme a try if you’ve never done so before, or indeed to relive your youth and catch the episodes again if you were there first time around. 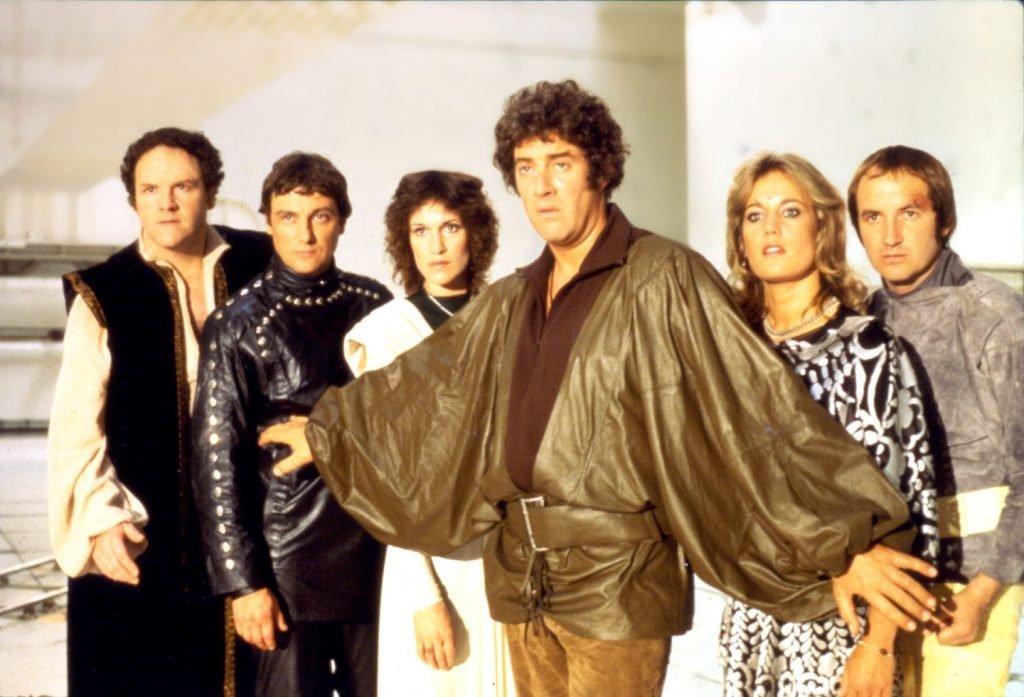 We may be a Doctor Who site but we at the DWC love our classic TV sci-fi and we know a great show when we see one – so set speed ‘standard by twelve’ as we run through 10 reasons why you really, really should watch Blakes 7!

The brainchild of the Daleks creator, the series is a fine example of Nation’s gift for creating strong series formats and engaging storytelling. Unlikely though it may sound, he reportedly pitched Blakes 7 to the BBC as ‘the Dirty Dozen in space’ at a time when they were open to ideas for a replacement for long-running (and firmly Earth-based) Z Cars spin-off, Softly Softly. Nation played to his strengths in his proposal to corporation bosses, promising ‘cracking Boy’s Own kidult sci-fi, a space-western adventure, a modern swashbuckler’. The series certainly includes some familiar Nation tropes – second season episode Countdown, for example, features a deadly radiation device set to wipe out an entire world’s population and a race against the clock to, well, stop the countdown. But the episode goes beyond clichés with a nicely written encounter between Avon and the brother of his partner who was captured and tortured by the Federation, with the two men forced to put their differences aside as the timer runs down.

Blakes 7 had a remarkably bleak premise for a primetime BBC1 drama, although it has to be said that bleakness was a common factor in many series in that era. First episode, The Way Back sees Blake discover that his memory has been wiped by an oppressive regime which uses drugs to control the population and brutally suppresses any show of dissent.
Before the opening 50 minutes are up, we see a group of dissidents slaughtered in cold blood by black-clad masked troopers, Blake convicted of trumped up child abuse charges, then being sent off on a prison ship for a life of exile on a barren alien world.

Fans of 1970s Doctor Who will find much to enjoy in Blakes 7, a fact which isn’t surprising given that so many of the same people were involved in both series. Besides Nation thinking the whole thing up, there was long-time Doctor Who director David Maloney as producer for series 1- 3 working alongside Chris Boucher, script editor throughout the show’s whole run. Boucher is something of an unsung hero of Blakes 7, having worked hard to put meat on the bones of Nation’s scripts in the first series when Terry was over-stretched after committing to writing all 13 episodes. 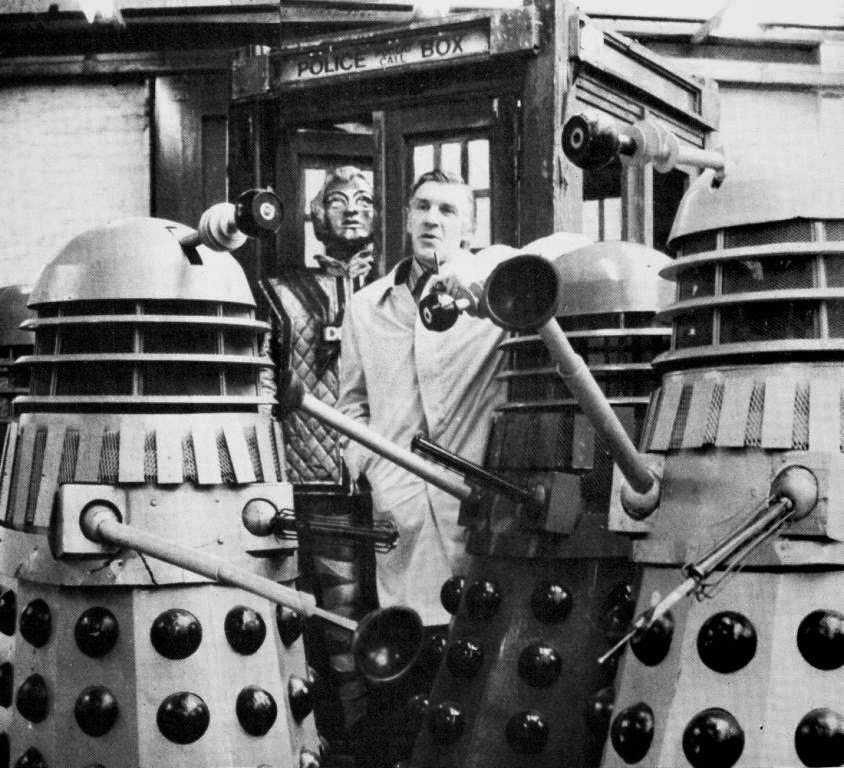 Doctor Who legend, Robert Holmes wrote some of the finest instalments, Dudley Simpson composed the music, and there were numerous credits for various set designers, costume designers, and visual effects artists whose names will be familiar to Doctor Who fans.

If there’s one thing guaranteed to annoy a Blakes 7 fan, it’s when someone says they’ve never watched the series because of its reputation for bad special effects. It has to be said that, like several Doctor Who stories over the years, many of the effects don’t look too special. But set against that some of the glorious model work on the beautifully designed Liberator and other craft in the series which stands up remarkably well today. 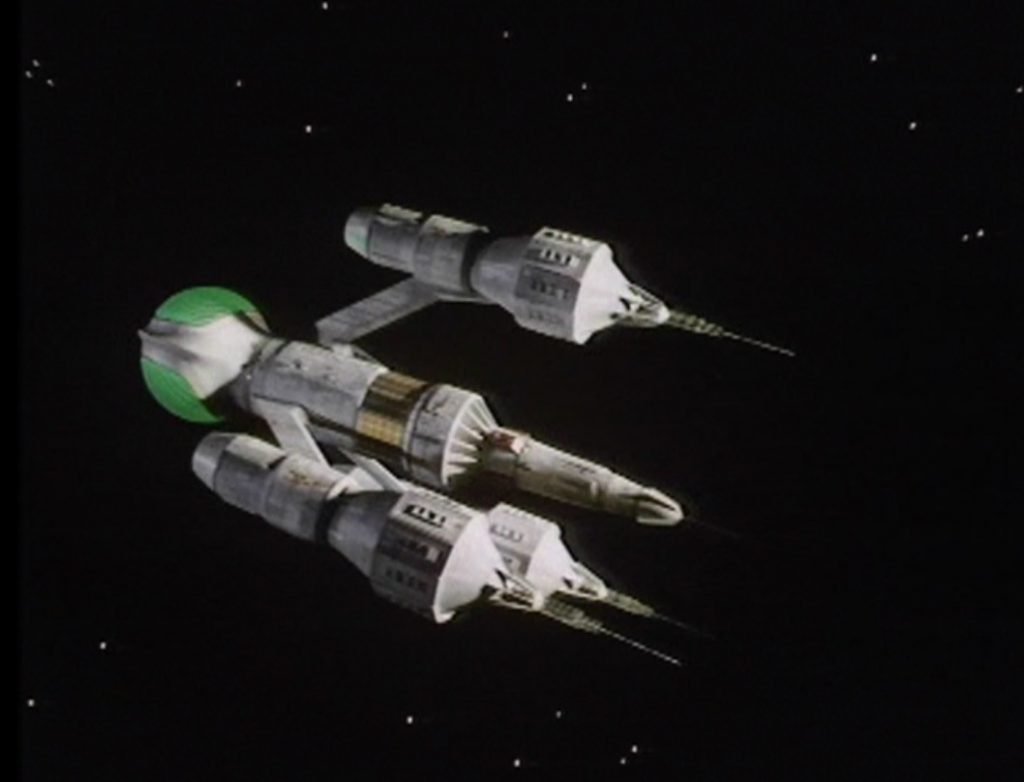 And though there are many anecdotes about how the chamber-like set of the Liberator’s flight deck was held together by glue and staples, it looks wonderful on-screen. Follow the fantastic @MakingBlakes7 Twitter feed for detailed insight into how the programme was made including rare production photos.

No, not the toy company.
Some of the most interesting choices made in creating Blakes 7 were in its characters. Playing Blake, Gareth Thomas found himself frustrated by the limitations involved in portraying the show’s heroic lead, though he certainly made the most of the material he was given and emphasised the character’s driven, obsessive side. Read our tribute to Thomas here. 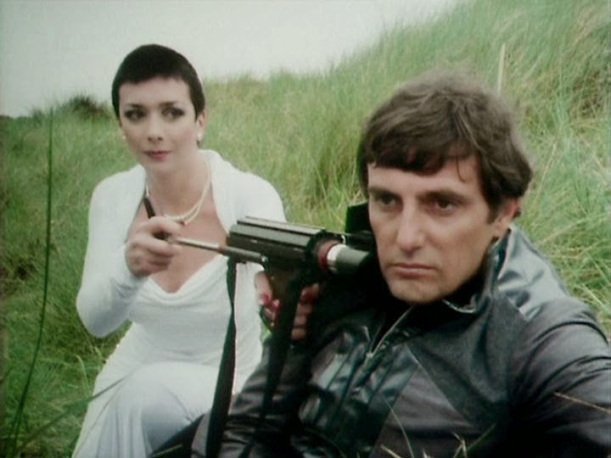 Thomas must have envied his co-star, Paul Darrow who played Avon, a self-centred, almost sociopathic computer genius who always seemed ready to sell out the rebellion (and his crewmates) if the situation called for it, and who would take over leading the crew when Thomas left after two series. Jacqueline Pearce as Servalan relished every moment playing a ground-breaking role as Blake’s nemesis in a rare example of a female lead villain in a mainstream show. One of the most memorable aspects of Blakes 7 for many people was its hardware. The Liberator’s sleek ‘hair curlers in a holster’ weapons (modelled by Gareth Thomas above) were a wonderfully original take on sci-fi weaponry. And I only have to hear the zapping of a Federation trooper’s blaster (as held by Sally Knyvette as Jenna and Jan Chappell playing Cally in the photo) to be taken right back to Monday nights in 1978.
Then there were the teleport bracelets, so desirable on set that stocks ran dangerously low over the course of production. Viewers could create their own versions thanks to children’s show Blue Peter, whose presenters demonstrated how to use everyday household items to fashion a very convincing replica.

Every fan has their favourites, but for my money you really should look out for a number of standout episodes. Star One sees the culmination of Blake’s quest to find the Federation’s secret command centre, just as the galaxy is being invaded. Series 3’s City at the Edge of the World sees Vila take the leading role with a wonderfully unrestrained Colin Baker as wanted criminal Bayban the Butcher.
Later that season, in Rumours of Death, Avon finds out exactly what became of his beloved Anna Grant (it doesn’t go well…). A favourite of many is Orbit in the final season, which has a characteristically dark script by Robert Holmes and shows just how far Avon is prepared to go in looking after number one. 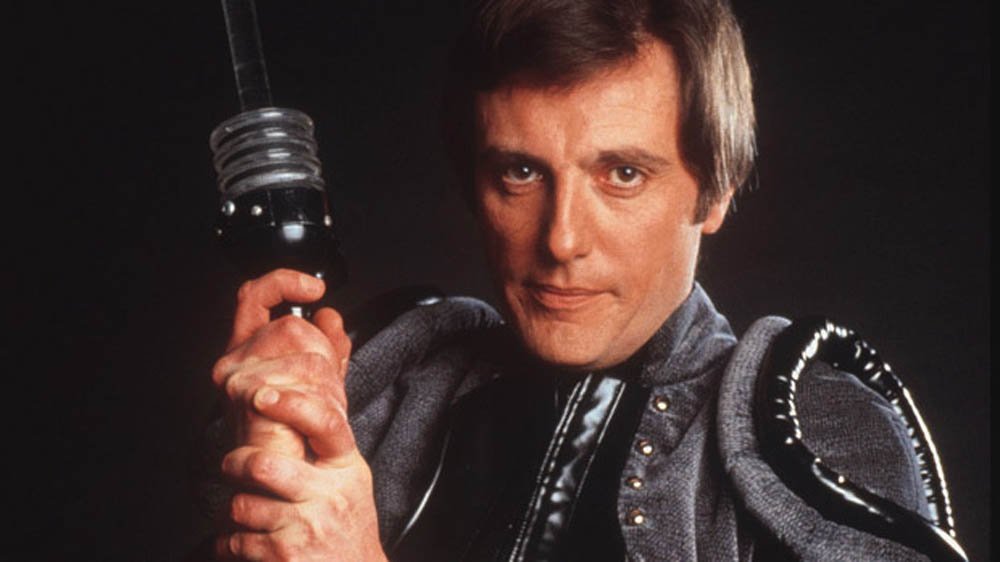 Blakes 7 was made in the same era as the likes of Buck Rogers in the 25th Century and Flash Gordon and its reputation has sometimes suffered through being lumped together with those kind of camp classics. As we’ve seen, there was rather more to it than that but it has to be said that it had its OTT moments, none more so than Servalan’s glorious instruction at the climax of Terminal when she finally got her hands on the Liberator.
It’s a moment so memorable that it later gave its name to a brilliantly humourous yet affectionate series guide from Miwk Publishing. Stocks have sold out but it’s well worth tracking down. 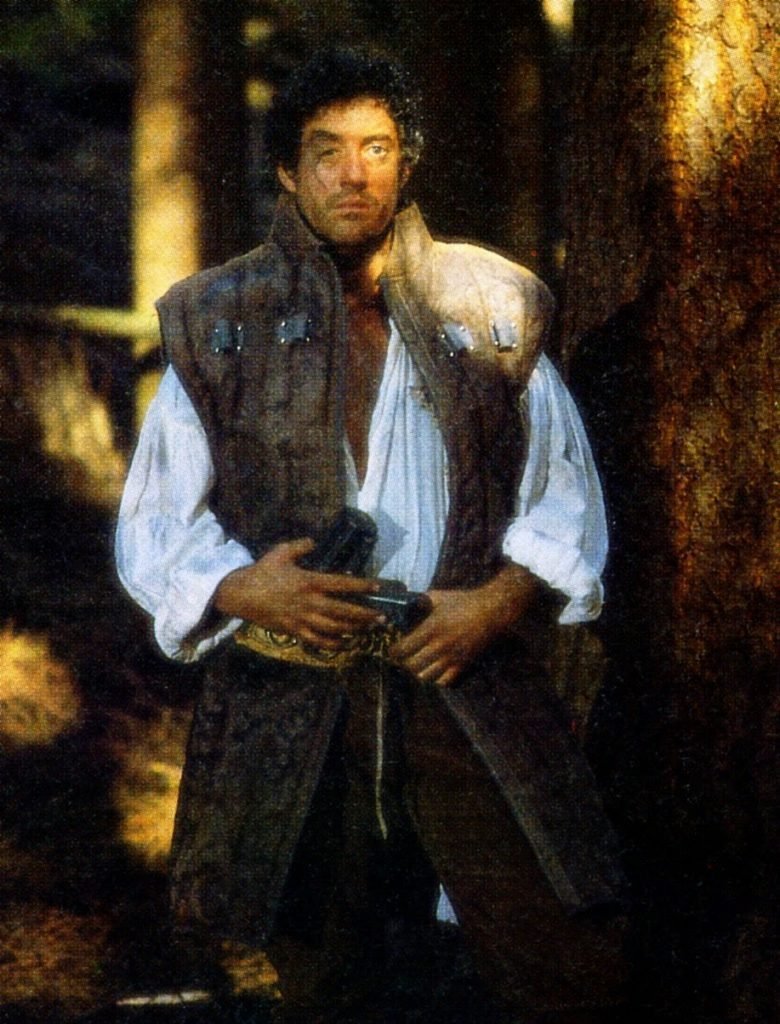 Rarely has a series ended in such a stark, bleak moment of violence as Blakes 7. Series 4 conclusion, Blake, screened just before Christmas 1981, sees Avon finally succeed in tracking down his former sparring partner, now living out a tough existence as a bounty hunter and having seemingly sold out his ideals.
But the long-awaited reunion ends in disaster when a misunderstanding leads to disaster as Federation troopers storm in. Around 10 million viewers were watching, traumatised over their egg nog, as Avon raised his gun one last time…

It didn’t end there, of course. As with Doctor Who, it was the fans who kept the series alive – check out Horizon for news and discussion. Blakes 7 has unsurprisingly been a candidate for a television revival on a number of occasions without anything concrete resulting, but Big Finish, as they have with so many other series, have made a success of it with a well-received batch of releases featuring the original cast.
Recommendations include award-winning Liberator Chronicles entry The Armageddon Storm, full cast drama Warship which fills in the gap between the second and third series, and The Way Ahead, a newly released 40th anniversary special consisting of two linked episodes.
That’s just our view – what are your top Blakes 7 moments?
Blakes 7: The Complete Collection is released on 12th March 2018.

by Jonathan Appleton time to read: 6 min
Features A Brief History of Light Entertainers in Doctor Wh…
Features Why Destiny of the Daleks Trumps Genesis of the Da…
0
%d bloggers like this: