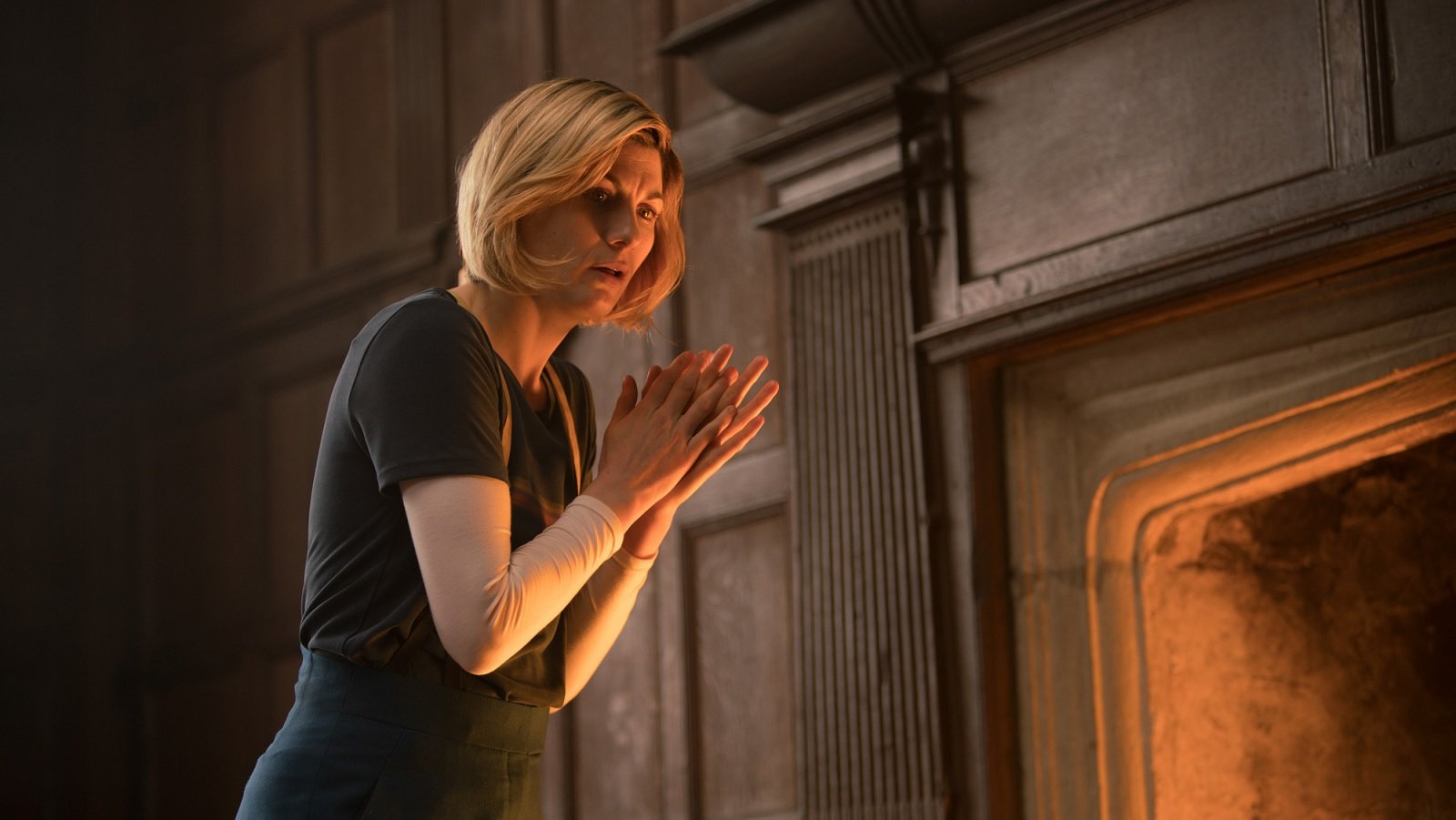 The rumour mill has been churning, as you’ve surely heard, with speculation that Chris Chibnall has been fired; Jodie Whittaker has walked too; Series 12 is in chaos; Pete McTighe is acting as an interim showrunner; and a new Doctor will be in place by 2021.

Is any of this true? It’s hard to say. Because we don’t know. Nobody knows. The only people who do know are those involved and, apparently, mysterious insiders who pop out of the woodwork at opportune moments.

Said enigmatic individual was presumably sanctioned by the BBC to talk to the Radio Times and confirm:

“This is all total nonsense. This has originated and spread through the online rumour mill.”

We’d have preferred it if they’d have rolled Chibnall in front of the cameras, had him laugh maniacally for 3 minutes, and then push him off stage afterwards.

We don’t know where the rumour originated, but we do know that similar rumblings have been an underbelly in fandom for some time now. Indeed, we’ve been hearing that not everything behind-the-scenes is going as swimmingly as others would have you believe. To say that Chibnall has been fired, though, and that Jodie’s leaving because he is… well, it’s a leap. Maybe not the greatest leap in human history, but a considerable jump.

According to speculation, the BBC sacked Chibnall after seeing footage from Doctor Who Series 12 and finding it less than satisfactory. Jodie threatened to leave too, but has been convinced to return for a regeneration scene.

This is the point where even rumours fracture. Some state that they’re filming an unexpected Christmas episode because the rest of the season (bar pick-up shots) are virtually in the can; other non-sources say that the scripts aren’t all finished yet and so Pete McTighe (Kerblam!) has become an interim showrunner. It’ll now apparently be down to a new production team to appoint an apparently-male Doctor, with his first series to apparently screen in 2021, thus negating a potential gap year once more.

“Apparently”, as you may have noticed, is a useful word, because it hopefully means the BBC will forgive us for reporting this. We do so now only because: 1. we’re a Doctor Who site and, as such, we feel fans should have somewhere to go to discuss this; and 2. the Radio Times have attempted to debunk it, admittedly in an unsuccessful manner, but nonetheless one which gives it some traction.

Apparently Series 12 will still air on BBC1 in 2020. Stay safe in the knowledge that nobody knows anything and, if all else fails, you still have 55 years of Doctor Who to enjoy.

by Philip Bates time to read: 2 min
News Enjoy An Improvised Doctor Who Musical at the Edin…
News HBO Max to Exclusively Stream Doctor Who in Americ…
0
%d bloggers like this: