It’s rumoured that the Second Doctor serials, The Evil of the Daleks and The Abominable Snowmen, will be the next missing stories to be released on DVD and Blu-rays using animation.

The next animation is Fury from the Deep, but we’ve not heard anything about future instalments in the range. And though nothing has been confirmed, The Evil of the Daleks and The Abominable Snowmen do seem likely candidates to get the animation treatment.

Thanks to the BBC’s policy of scrapping TV shows in the 1960s and 1970s, 97 episodes of Doctor Who are missing from the archives. This means only one of the seven episodes of Evil exist, and one of the six-part Abominable. For a number of years now, BBC Worldwide and BBC Studios has been filling in the gaps, pairing new animations with original soundtracks. These include The Invasion, The Reign of Terror, The Power of the Daleks, and The Macra Terror.

The Evil of the Daleks is the first story featuring Deborah Watling as companion, Victoria Waterfield; and The Abominable Snowmen is the introduction of the Great Intelligence.

It’s being reported that these two will be released sometime in 2021. Fingers crossed the rumours are right because they’re both cracking stories that we can’t wait to see.

Can we hope for some First Doctor stories too, sometime soon? 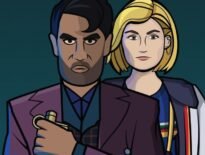 News Make Your Own Thirteenth Doctor Stories With Docto… 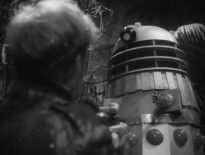