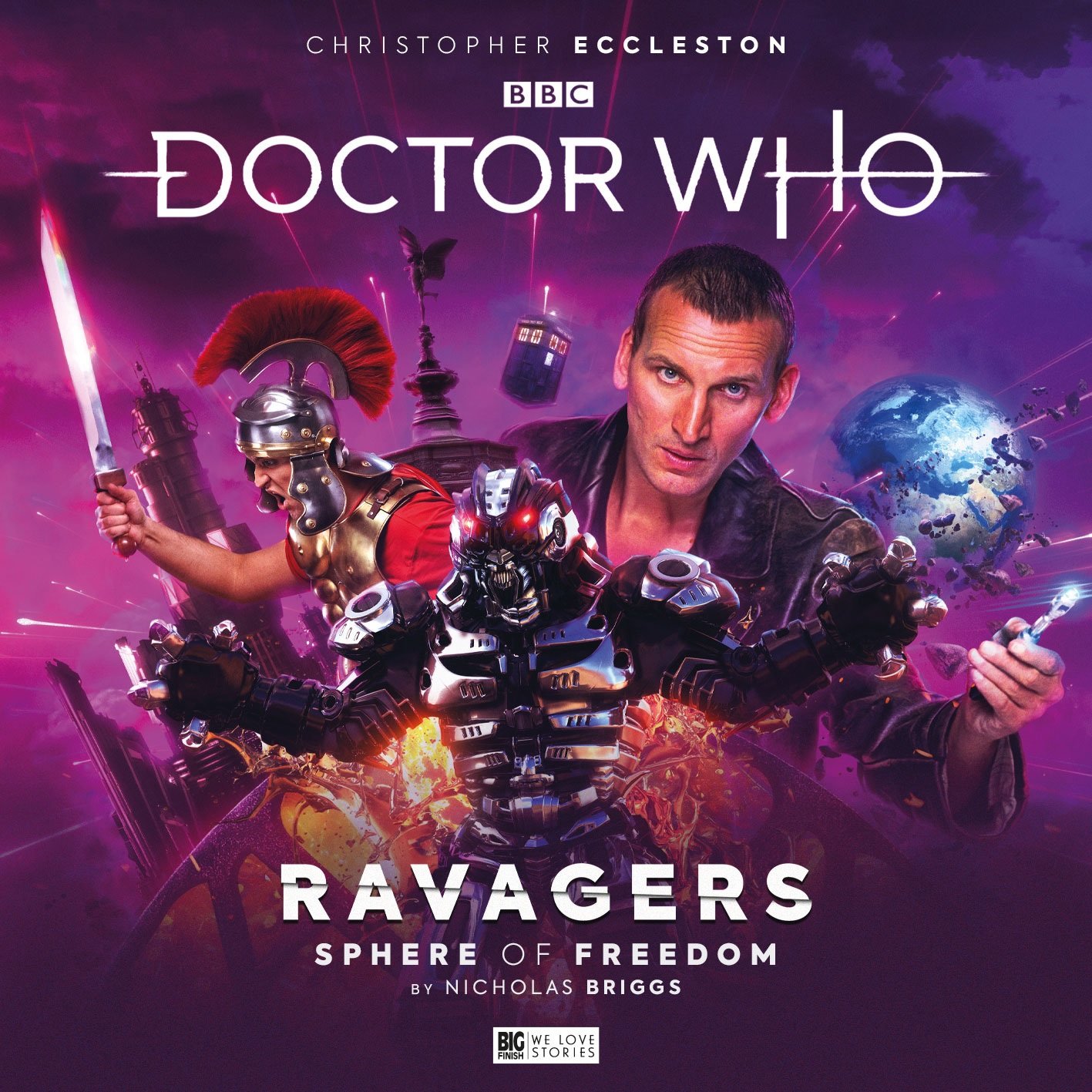 Just five seconds in and the Ninth Doctor bursts back into his adventures: “Right! I’ve done it. It’s happening. Don’t let me down!” Christopher Eccleston exclaims. It’s a moment many fans believed would never happen. The actor had seemingly closed the door to more Doctor Who, explaining that he doesn’t “swim in the same pool twice.” Meaning: been there, done that. Next!

There was also the cloud hanging over his one-season-only departure and the mishandeling of the reasons for his exit by the BBC. But Big Finish has done it. It is happening. And, thankfully, it doesn’t let us down.

Ravagers is made up of three brand new adventures all written by Big Finish stalwart Nicholas Briggs. The first episode, Sphere of Freedom, sees the Doctor about to shut down an evil Immersive Games business empire. It starts in the thick of the action with the Ninth Doctor, just like in Rose, already advanced in his plans to thwart the enemy.

But unlike in Rose, the Doctor has already found a companion for this adventure, Camilla Beeput as Nova. Although effectively a slave – working on the Sphere as a chef just for food, accommodation, and very little else – the Doctor sees unrealised potential in her. He also needs someone to risk their life to close down some universe-threatening time eddies…

Which is where the Doctor’s plan backfires and Nova is taken by a time eddy and disappears, lost somewhere in time and space. The rest of the episode is mostly told through a flashback, the Doctor re-telling how he picked up Nova and got to that point. All this he explains to a mysterious ‘old lady’ Audrey (Jayne McKenna). She rather patiently picks through every detail of the Doctor’s actions and plans. It’s not really a surprise that there is far more to Audrey than it seems.

There is an underlying thrill to the adventure, and it’s all about Eccleston. He’s as brilliant as he always was as the Doctor. Never the northern grump some claim (without much evidence). But the smart, no-nonsense, curious, and thrill-seeking Time Lord that kicked down the preconceptions, and made Doctor Who a national treasure again back in 2005. But Eccleston’s Doctor is also flawed. His plans fail; he’s not always one-step-ahead. Yet he’s determined to save lives and risk everything for his friends, even ones he’s only just met.

Eccleston is in just about every scene, and lights up every quip, quote, cultural reference, and even the technobabble. He is the secret weapon here, and is wisely deployed at every turn. Whether it’s forging mutual admiration with Nova or cautiously sizing-up Audrey.

The action takes the Doctor back to 1950s London, where he commandeers the army – Jamie Parker’s Captain Halloran and Ben Lee’s Lieutenant Farraday – before they blow up half of central London. A confused Captain Halloran believes that a time-transported Roman garrison that has slaughtered 300 Londoners are Soviet spies in fancy dress. The Doctor maneuvers them like a proto-UNIT into enacting his plans, with the help of his trusty psychic paper.

It’s all you would expect from a Ninth Doctor adventure – even Howard Carter’s music score conjures a Murray Gold-like emotional swoop. It’s a reminder that Eccleston’s far-too-short TV tenure was such a golden age of Doctor Who. Even the absence of his constant companion, Billie Piper’s Rose Tyler, doesn’t dampen proceedings. Indeed, it just shows how easily the Ninth Doctor’s adventure could have continued with other faithful friends. And now they are…

Small plot niggles persist, such as why the Doctor takes out so much time to tell the plot-so-far to a suspicious stranger, who turns out to be (you guessed it) the Big Bad (but not, presumably, Wolf). And the use of the ‘I never told you my name’ trope (twice) to cast suspicion and ultimately reveal Audrey’s true identity is a bit of a let down. As is the way that Audrey uses a regional (Lancastrian?) accent when she is playing a lowly old lady, but swaps to posh English when she’s revealed as a scheming supervillain. Which seems at odds with Eccleston’s determination to be a northern Doctor, to show that RP doesn’t mean ‘clever’ or ‘important’.

But these are all swept away, as the adventure rattles along and the Ninth Doctor never fails to impress. It’s just so good to have him back, fully-formed and in very safe hands at Big Finish. The story, as you would imagine from a three-parter, leaves a number of mysteries unsolved. Such as who is the ‘other Ninth Doctor’ that our Ninth has a strange timey-wimey conversation with. There’s also a question mark hanging over Nova, who seems to take meeting (and identifying) a time traveller far too much in her stride. She’s a bit too knowing and anxious to put herself in danger for a strange person she’s just met. I suspect all will be revealed.

On a little aside, I can’t believe the Ninth Doctor isn’t an Airplane! fan. But when Audrey asks him, “What’s a time eddy?” he doesn’t reply, “It’s 12.30, and don’t call me Eddie.” Shame. But that’s not important right now. The Ninth Doctor has returned. He’s back and – dare I say it? – fantastic!

The Ninth Doctor Adventures: Ravagers is out now from Big Finish. You can also buy it as a Limited Edition vinyl, with just 1,000 pressings. 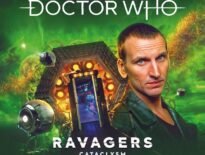 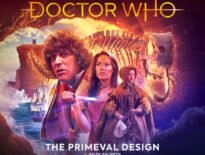