It’s Doctor Who so rumours abound, and the latest posits that Jodie Whittaker will leave the role of the Thirteenth Doctor after appearing in Series 13 and two specials apparently due to air sometime in 2022.

The speculation comes from The Mirror, but has quickly attracted attentions from other interested parties like the Radio Times; and yes, people mock tabloids for getting things so spectacularly wrong, but this particular publication has got a number of things right recently, including Peter Capaldi’s departure from Doctor Who and the hiatus years with New Year’s Day specials.

So maybe this shouldn’t be taken with the biggest pinch of salt.

Bizarrely, this has reared its head thanks to this year’s Doctor Who Annual, which sports a classy looking TARDIS on the front; making it the first Doctor Who Annual in history not to feature the contemporary Doctor on the front. One “source” — let’s call him Barry — apparently said:

“Every Doctor Who annual since 1964 has featured the current Doctor so this is a big departure for them. It’s surely no coincidence that it’s happened just as she’s on the way out.”

It is, however, a bit odd. If rumours are to be believed, Whittaker will still be the Doctor in 2022 too. Paul Lang, formerly of Doctor Who Adventures and now one of the annual’s writers, confirmed:

“I didn’t do the cover, but I can assure you she is inside on (nearly) every page!”

Indeed, this feels like The Mirror had a story and unnecessarily tied it into some BBC merchandise PR.

It’s no great shock if Jodie does leave the role — it’s been speculated that she’ll regenerate for ages now — but this is the first we’ve heard about a couple of specials in 2022. Previously, we’ve heard about Series 13, filming now with Jodie Whittaker with Mandip Gill (Yasmin Khan) and John Bishop (new companion, Dan), coming to BBC1 later this year.

We don’t know, either, whether that series will run to eight episodes as announced before or whether it’ll be six, with the further two on New Year’s Day 2022 (because it makes sense for them to continue that trend) and sometime next year.

Worryingly, there are also rumours that Doctor Who hasn’t been recommissioned for Series 14. Could the Thirteenth Doctor’s era not end with a regeneration? Has a Fourteenth Doctor already been cast? Is Chris Chibnall staying on? That is, if Series 14 goes ahead? What will happen for the 60th anniversary in 2023?

We don’t know. We simply don’t know. These are very troubled waters we sail on, DWC readers… 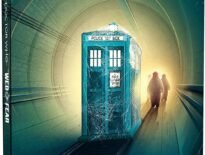 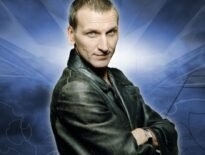