The Lethbridge-Stewart books from Candy Jar are set to end in the near future, but before that, the publisher has announced the launch of Series 9 with Warriors of Montu.

This is the second novel from popular author Gareth Madgwick, returning after 2019’s Home Fires Burn.

“As we fast approach the end of the Lethbridge-Stewart line of books, and prepare for something else, it became clear we would need to start making small time jumps so we could still cover the four-year gap between The Web of Fear and The Invasion. As such, Warriors of Montu sees the first time jump, taking place almost three months after the last novel, The Haunting of Gabriel Chase. Things have moved on for our heroes; Bishop has healed, Anne Travers has settled into her private research, and Lethbridge-Stewart… Well, his relationship with Fiona has moved on. They’re now engaged, and off on a holiday to Egypt to celebrate. Where, of course, nothing could possibly go wrong.”

Previously Gareth Madgwick has written short stories focusing on Evans and Samson, the Brig’s uncle Matthew, and a novel centred on Professor Travers and Eileen Younghusband. The common denominator; no Brigadier!

“I had a bit of a running joke (at least, I thought it was funny) that after two short stories and a novel, I had written the most words for the Lethbridge-Stewart series without actually writing a single line of dialogue for the man himself! Really, that’s a testament to the wonderful variety of the series, but I was still absolutely thrilled when Andy contacted me to ask me to write a novel that focused on the Brigadier and Fiona on holiday. Of course, it couldn’t stay as a holiday for long. A great writer once said that a policeman on holiday should barely have time to open his suitcase before he finds his first corpse, and so an expert on aliens and the supernatural like the Brig really should have known what to expect when travelling to Egypt of all the places in the universe.”

“It was a fun time, working out the story with Gareth. How far to take it, how much we could play around with the Egyptian gods as they stand within the larger context of Doctor Who without infringing on copyright. Fortunately, the idea of aliens and Egypt is a common one is science-fiction, which gave us a lot of freedom. But it couldn’t all be about Egypt and gods. The Lethbridge-Stewart range is, at its heart, about character. And Gareth understood that.’

“Andy and I batted the pitch back and forth a bit to get the plot right. It needed to be as much about the pair of them as it did about the external threat. I really enjoyed focusing on the relationship between Alistair and Fiona in this book. The whole book is told from the perspective of one or the other of them, which needed a bit of discipline as a writer. I also wanted to capture their differing experiences. The Brig gets the Egypt of exciting adventure serials, but poor Fiona gets a far more realistic north Africa with crumbling hotels and dusty roads.”

It was supposed to be a holiday. Brigadier Alistair Lethbridge-Stewart and his fiancée, Fiona, certainly deserved one. A steamer down the Nile and a guided tour of the ruins and artifacts of Ancient Egypt should have been perfect.

Then things went wrong: attacks on the passengers, secrecy, bizarre behaviour and a voice in Lethbridge-Stewart’s head.

Something on the boat is so valuable that people will kill to get it. And, out in the desert, something is waking from a long slumber.

What do all of these things have to do with the Egyptian God Montu? One thing is for sure, Fiona is about to find out just how dangerous Lethbridge-Stewart’s life can be.

Series 9 will be released through the latter half of 2021, on a bi-monthly basis. Warriors of Montu will be followed by Children of the Megaliths and Hiraeth’s Embrace. 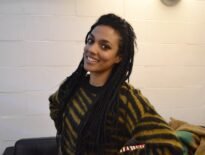 Merchandise Freema Agyeman Returns to Doctor Who for The Year … 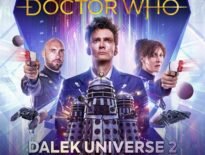