Doctor Who Season 17 will be the next series to be released as part of The Collection Blu-ray range.

The series includes the fan favourite story, City of Death, and I personally think there’s something here for everyone:

(Anyone who doesn’t like Destiny of the Daleks and Nightmare of Eden is just being mean.)

Yes, this set will include Shada, the tale abandoned due to industrial action, and here presented as an updated version, completed with enhanced animation and presented in six episodes for the very first time, alongside the original 1992 VHS and 2017 versions!

These episodes are all newly remastered from the best available sources.

Plus there’s a whole host of special features:

Doctor Who: The Collection — Season 17 is out on 13th December 2021 in the UK… Just before Christmas! What a coincidence!

News The BBC All But Confirms Return of Classic Doctor … 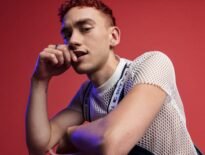