In a surprisingly frank interview, outgoing showrunner, Chris Chibnall, has said that the process of leaving Doctor Who has taken longer than he thought it would – because no one wanted to take over from him.

He basically confirms that numerous people turned down the showrunning role; and that he was involved in picking who would fill the gap (something previously said to have been down purely to the BBC).

In the event, of course, Russell T Davies picked up that baton, and will be running with it for the 60th anniversary and beyond.

“It’s taken longer than expected if we’re being honest. I’ve been throwing batons at people for about a year now. And finally, someone’s picked it up.

“You couldn’t enjoy it any more than we’ve enjoyed it. It’s been such a laugh and such a privilege. And I think we’ve been deliberately very mindful of being in the moment. Obviously, I’ve known Russell and Steven [Moffat] for a long time and part of their advice was just: ‘Enjoy it while you’re doing it, because afterwards you really miss it’.

“We’ve definitely approached it like that. I don’t feel any sadness about the end approaching. It’s just: ‘We came in, and we did what we set out to do.’ And I feel like there’s been an incredible atmosphere while we’ve been doing it. So it feels really good. And frankly, I’ll get to see my family again, which would be really nice.”

We’re not sure whether this is good or bad, in truth. It’s great that they enjoyed their time on the series. But it’s a tad concerning that other people turned down Doctor Who so it fell to Davies, who had served as showrunner on Series 1 to 4, plus the 2009 specials, culminating in The End of Time on New Year’s Day 2010, to return.

Then again, we’d heard rumblings that it took some time to secure a replacement for Moffat when he stepped down.

Nonetheless, you’d think plans were in place if Chibnall and Jodie Whittaker really had agreed to do three series then leave when they both signed up. 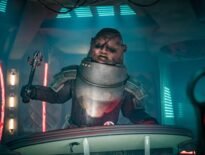 News Title and Synopsis Revealed for Doctor Who: Flux E… 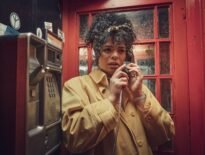