At last, BBC Writers’ Room (styled as “Writersroom”) has released the post-production scripts for Doctor Who: Flux, aka Series 13, and the New Year’s Day 2022 special Eve of the Daleks to its library.

Written by outgoing showrunner Chris Chibnall, with Maxine Alderton (who co-wrote Village of the Angels), the epic serialised event can now be read in its entirety for free. So that’s:

Yes, all six of them!

It’s worth noting that Eve has been labelled as “Series 13, Episode Seven” on the title page, just like with the Series 4 Specials shooting scripts.

Well, they do continue on from their respective seasons, merely acting as loose epilogues with some foreshadowing of regeneration.

Considering that it’s the only Series 2 script in the library, I’m keeping my fingers crossed for others to be added at some point (School Reunion in particular). 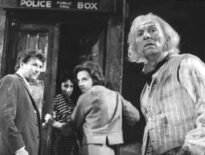 News The BBC Turns 100: Doctor Who Voted Second Most Lo… 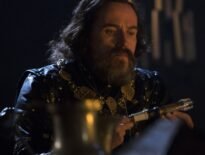