In three immersive full-cast audio dramas, the Doctor once again travels without a companion, as he was in The Deadly Assassin… but he’s never alone for long.

In the opening adventure, the Doctor must keep the Nine (John Heffernan) — a criminal Time Lord with nine different personalities — out of trouble. The last of the Abway species, Thana (Ronni Ancona), is also back causing chaos.

The three adventures in this set are:

The Dreams of Avarice by Guy Adams

The Nine isn’t your average robber. A ferociously intelligent and murderous kleptomaniac Time Lord with regenerative dissonance, he’s a far more dangerous adversary than most security details are used to. So it’s useful that the Doctor is on hand to stop him.

This time more than ever – as the Nine is about to pull off the greatest heist of his criminal career. Though could the consequences be far worse than the crime?

When the TARDIS lands behind German lines at the height of the First World War the Doctor finds himself inadvertently transported to a hospital full of traumatised soldiers.

They’re suffering from shellshock but also something else. Something causing vivid nightmares that chill the blood. Something not of this place.

Things are not quiet on the Western Front.

After an embarrassing encounter, the Doctor tries to make amends to Mervyn Peake by offering him a trip in the TARDIS. It’s a trip the famous author should never have accepted.

Soon he and the Doctor find themselves trapped in a nameless city and working as newspaper cartoonists.

“Tom Baker is a national treasure. It’s been a total joy and a huge privilege to see him play the iconic character for which he’s known and to see he’s still relishing it. It really has been a dream.”

“I’m literally in love with Tom. He was a real hero of mine when I was young and the only Doctor Who for me. He’s magnificent and hysterically funny. He’s a total inspiration.”

“I grew up watching the Doctor Who re-runs with Tom Baker so to me – there is no other Doctor. He’s got a twinkle in his eye and lots of good anecdotes from working as an actor. He’s great company.”

“Mervyn Peake has often come up in conversations with Tom Baker as he was someone he likes the work of. So, it struck me that we should get the Doctor to meet Mervyn Peake as I knew it was something Tom would enjoy and have fun with.”

“Mervyn Peake was an exceptional talent with a cult following. He had the most extraordinary but brief life. What he left behind was a body of fantastical books [in which he showed great] imagination and skill for creating characters and worlds. He was a significant artist in his own right as well as an author.”

The Fourth Doctor Adventures: The Nine is now available to own for £24.99 (on CD + download) or £19.99 (download only). Or you can save money by purchasing The Fourth Doctor Adventures Series 11: The Nine and Solo together in a bundle for £46 (CD + download) or £39 (download only).The Dreams of Avarice and Shellshock are each also available as individual downloads for just £12.99.

Alternatively, both box sets can be purchased as part of the 14-release Classic Doctors bundle for £274 (CD box set + download) or £237 (download only). 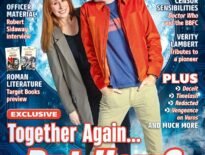 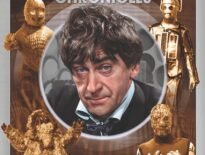