Tag: The Evil of the Daleks 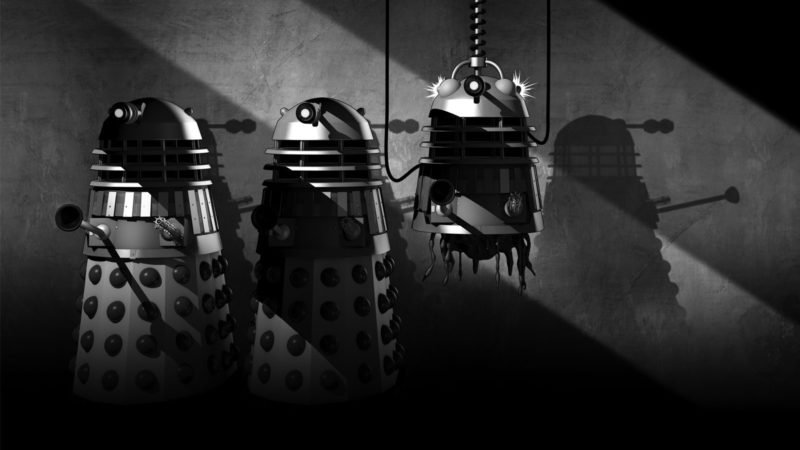 Which seasons are most likely to be animated for release as part of Doctor Who: The Collection?

Festive Fiction: The Machine in the Shed

His handwriting deteriorated as his rage overmastered him. The end of the letter was a filthy, blotchy scrawl. And what’s

There’s a line said by Polly Wright (Anneke Wills) in The Faceless Ones, her and Ben Jackson’s (Michael Craze) last

The Evil of the Daleks Soundtrack to be Released on Vinyl

Following The Daleks’ Master Plan, which launched the Vinyl Who line back in March, it appears the next LP Doctor

"It's Battered on the Outside!": A Brief History of TARDIS Exteriors

There’s probably no more iconic or longer lasting image in science fiction than the British police box. It’s incongruity in

The next three issues of the Doctor Who Figurine Collection cover one of the most perpetually-popular incarnations of the Time Lord,

Oh my word, Jamie! Surely not? The Second Doctor? The Cosmic Hobo himself? The Time Lord who made regeneration acceptable?

Out Now: The Essential Doctor Who – Time Travels

The latest issue of The Essential Doctor Who, a bookazine from the makers of Doctor Who Magazine, is out now – and

You’ll recognise Alan Stevens as the creator and core writer for Magic Bullet Productions, the company responsible for Kaldor City and Faction