When my son was five, we had an afternoon conversation on a quiet passenger train travelling from Reading to our home in Didcot. “What’s the next episode of Doctor Who we have to watch?” he asked.
“It’s the volcano one,” I told him, sorting through lists in my head. “You remember, we saw a trailer. It’s called The Fires of Pompeii.”
“I thought they were those teddy crisps.”
“That’s Pom Bear.”

This has absolutely nothing to do with what we’re about to discuss, but I mention it because, despite my family being an endless source of amusement and the inspiration for countless memes and jokes that clutter my timeline, I still struggle to conjure a decent pun when it comes to producing article titles. It took me half an hour to come up with this one. I had to look through the entire episode list, with a Metro biscuit ranked article open in a separate tab. Oh, make no mistake about the heady, easygoing lives of British freelancers, children. You have no idea how we suffer for our craft. Zip.

Fast forward half a decade from that train conversation: it’s last Sunday evening and we’re watching the last moments of The Ghost Monument. It’s that scene where Whittaker goes into the new TARDIS and her eyes do that thing that cartoon animals do. And then she eats a biscuit. They’re halfway across the bloody universe and she’s cramming her mouth with sugar. “Gone is the daffiness and idiosyncrasies of the past,” remarked Trevor Baxendale on Twitter, directly quoting Piers Wenger, before adding “Here is the TARDIS custard cream dispenser.” 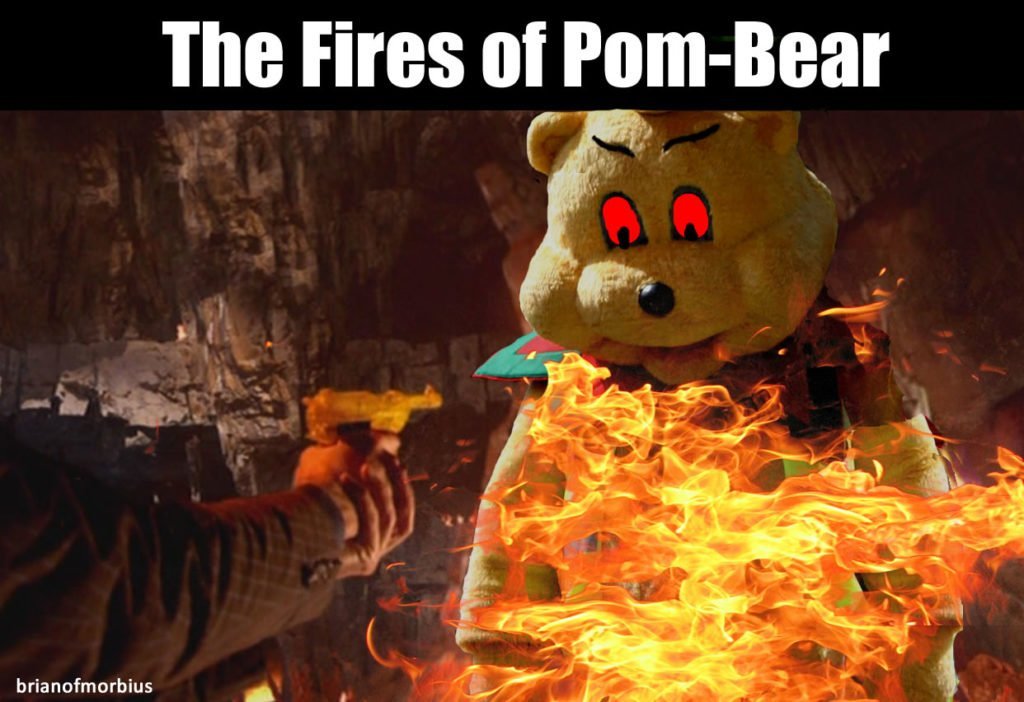 In my teens I used to collect Smash Hits. In amongst the interviews, letters, Deacon Blue posters, and freshly transcribed song lyrics (don’t knock it; it was 1991 and nobody had the internet), there were occasional wacky features. The very first issue I bought had a collection of What The Stars Eat For Breakfast (did you know Craig McLachlan has two tins of fruit salad?) but the other one I remember was an article on biscuits – the sort of thing we now do on BuzzFeed purely because it’s still two minutes to the end of the commercial break. The magazine unsuccessfully solicited opinions from the Queen and from John Major, but we did find out that the custard cream was the biscuit de plume of EMF.

Myself, I’d always thought Whittaker was going to pull out a Garibaldi; surely that’s the Thirteenth Doctor’s snack of choice? Or am I just thinking of that because Gene Hunt was fond of Garibaldis and it’s a Northern thing? Anyway, we’re not here to discuss what biscuits the Doctors like, because we could do that in six minutes flat and it wouldn’t be nearly as interesting as what biscuits they actually are. That’s what the Smash Hits article did, and that’s the approach we’re taking at the DWC. Because who hasn’t watched Peter Davison running through Springwell Lock Quarry and wondered whether he’s more of a fig roll or a sponge finger? (As it turns out, he’s neither, but you’ll have to scroll down to find out his true identity. I’m not doing your homework for you.)

Straight after I’d pitched this ludicrous idea to Phil, and he’d accepted (who’s the more foolish, the fool or the fool who follows him?), I got on the wire to an old friend and admitted that I was completely out of my depth. “Pick an assortment box,” he suggested. “One of things that grandparents bring out at Christmas. And assign each fairly arbitrarily to the incarnations of the Doctor, giving foolish reasons.”

So that’s what I’ve done.

A lunch box staple in classic black and white. Never out of circulation thanks to a number of repackaging initiative; nevertheless, purists tend not to warm to the new versions, insisting that the ones they had as kids were better. Sometimes associated with dodgy western-themed musical numbers and cultural appropriation.

A surprising twist on something you’ve already got used to, again available in tasteful black and white. (Well, brown and beige, but work with us.)

Stalwart and reliable. Particularly favoured by middle-aged men. Special editions sell well and appeal to the younger market but coating them with chocolate is ephemeral; they’re perfectly fine as they are.

The biscuit of choice for the Eleventh Doctor, but far better suited to the temperament of the Fourth. An iconic British institution. Relaunched after the millennium turned in new flavours, leading to fierce debate as to whether or not they were the genuine article.

Blond and often regarded as a bit dull, but goes very well with a nice cup of tea and a game of cricket.

Brittle and snappy, but will go soft if you let them hang around long enough. Strong, occasionally overpowering flavour that isn’t for everyone, but cheerleaders will sing their praises from the rooftops.

Small, Scottish, strangely hat-shaped. A dark exterior hiding an unexpectedly frivolous interior, and when you first meet it, it’s in a garish stripy wrapping.

Two formerly respectable crackers sandwiched together with a filling that doesn’t work, resulting in a gooey, structurally unsound, and ultimately inedible mess. A clear example of how to ruin a perfectly good snack by letting the Americans get involved.

Dark and outwardly crisp, but with a soft, fluffy underbelly. Slightly bitter. Comes in its own blue box. Adored by just about everybody, but the cause of endless arguments as to whether it actually counts as a biscuit, making stocktaking a nightmare.

Long, thin, dark and brooding. Many people’s gateway biscuit, but gone before you know it.

Immensely popular with the plebs. Scottish with Shakespearean roots. Favours brown. More than one variant but the others really don’t feel authentic. Would secretly like to be ginger.

Outwardly unassuming but unexpectedly fruity beneath the surface. A slightly confusing mixture of ingredients that reminds you of other things: by rights it shouldn’t work, but somehow it does.

Overwhelming at first, but luxuriously rewarding. Hails from a reputable company with a long history. Slightly crinkly texture.

And this, dear reader, is the point at which you get to pelt me with fruit.