Big Finish Announces Classic Doctor Who Boxsets in 2022 (Including Season 6B?!) Big Finish has revealed plans for its Doctor Who titles in 2022 — including Beyond the War Games, seemingly venturing into Season 6b, i.e. stories set before the Time Lords forced the Second Doctor’s regeneration.

There will be a host of Doctor Who adventures from each of the classic series Doctors released from January to December. From anniversary celebrations to brand-new friends and foes, you won’t want to miss a single second of these amazing adventures in time and space.

The list of box sets to be released across 2022 are as follows:

“This is a real opening up of our various Doctors’ adventures – they all now have their own individual series, just as it should be! And for those listeners used to purchasing a yearly subscription of our old Monthly Adventures, this new bundle of box sets will give you the opportunity to order the whole year’s stories in one go, while you can also order by specific Doctor. There are some great new adventures on the way too – I’m particularly excited by what we’ll be doing with new First, Second and Third Doctor Adventures, aiming to make take them into brand new territory, while also giving them a fully era-authentic feel.”

“It’s been so exciting to see all of the plans and ideas that my colleagues have been circulating for this epic launch of the Doctor box sets in 2022. So exciting that the classic Doctors continue to forge ahead in thrilling new directions, and doing so with that fine balancing act of authenticity and originality. I’ve been busy working away on the new beginnings for the Fifth and Eighth Doctors, but I shall be listening with glee to savour what lies in store for the others.

“We all love Doctor Who at Big Finish. How wonderful that its glorious past continues to be assured a bright future!”

All the above Doctor Who boxsets are now available to pre-order from just £16.99 per boxset. Or you can now pre-order a complete bundle of all the above releases for £274 on collector’s edition CD and £237 on digital download.

Big Finish Announces Classic Doctor Who Boxsets in 2022 (Including Season 6B?!)

News The Many Worlds of Doctor Who: Time Fracture 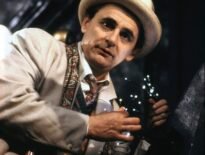