Reviewed: The Essential Terrance Dicks — Doctor Who and the Dalek Invasion of Earth (Target) First published in 1977, Doctor Who and the Dalek Invasion of Earth is a book steeped in decay and the smell of death. The TARDIS lands on an abandoned building site by the filthily polluted River Thames. Barbara goes to the river to get water and recoils from the body floating past. Do Not Drink Rainwater. All Rainwater Must Be Boiled Before Consumption. The Doctor and Ian stumble on the body of a murdered man, a dagger buried to the hilt in his back.

In fact, this is the sort of book that might lead Seventies child psychologists – and followers of Mrs Mary Whitehouse – to have the screaming horrors and call for it to be banned, lest it corrupt the young minds at which it is targeted. Aieee! That this should be aimed at children! Look, the original jacket (from a 1982 reprint) reads, “Children/Fiction”! Aieee! Just look at page one!

Through the ruin of a city stalked the ruin of a man. His clothes were tattered and grimy, his skin blotched and diseased over wasted flesh…In time, he came to a river, a sluggish, debris-choked, polluted stream…He quickened his pace, sensing that the water would provide the thing he sought – a way to end an existence of misery and pain…

When he came to a gap in the embankment wall, he marched stiffly through it and plunged into the water below. He fell, like a log or a stone, making no attempt to save himself…

Starving slave workers trade wedding rings and jewellery for scraps; Robomen are emaciated under their control helmets; a disgusting giant slug devours those foolish enough to be out at night, if the packs of wild dogs haven’t torn them to pieces first. Horror on horror on horror. Oh, no, no, this is too much for the tiny tots! Let them have a history lesson about Mr Tesla instead!

Well, actually, this is a great novel of a great story. Terrance Dicks’ solid, sparse, and taut prose keeps things moving at a cracking pace. He highlights the horror in Terry Nation’s original script but – and here’s the point – always places the horror in a moral context. This is what happens when society breaks down and the rulers have no care for the ruled: this is what happened, time after time, in countries occupied by the Nazis in the Second World War – starvation, concentration camps, exploitation, meanness, black marketeers turning on each other, heroic resistance fighters, the human spirit refusing to be conquered… Nation, as has been pointed out so many times, draws heavily on the War for his imagery and ideas. And the Daleks are the Nazis, of course. The horrors of the novel are placed in the moral context of, this is what happens when fascism wins and this is why we must fight fascism and evil, rather than, say, explaining it away with appeals to nonsensical moral relativism. (“Yes, we could say the Daleks are wicked but they think that what they’re doing is good so who are we to judge them?”). Dicks, highlighting the moral consequences of evil, teaches us to be revolted by it and to side with the Doctor and his friends in opposing it. Here, in this novel, the Judaeo-Christian tradition of the Just War theory is triumphant.

And what a page turner! Resistance fighters operating out of the London underground; a crazed crone and her daughter, living in medieval squalor in a tumbledown cottage, betray Jenny and Barbara to the Daleks for a few tins of food; Ian is sealed inside the Dalek bomb; alligators rush to attack Susan and David in the sewers… This is Doctor Who at its best and Doctor Who as it should be.

A bit of nostalgic reminiscence. I first read the book back in 1977, when I was aged 11 and in hospital, recovering from an appendectomy. Full of anaesthetic and pain killers, it took me a long time to finish the book (and I had to drag myself away to watch episode four of The Talons of Weng Chiang in the male surgery ward – they had a colour telly in there). Maybe the painkillers heightened Dicks’s nightmarish and surreal imagery as it’s a book which I remember vividly and which has stayed with me since my first reading. I had encountered the story before, of course, having watched the Peter Cushing movie version and seen the brilliant photographs from the TV serial in the Radio Times Doctor Who 10th Anniversary Special, but this was my first encounter with the Terry Nation original. I think Dicks makes some use of the Cushing movie in his imagery, with the impressive descriptions of the flying saucer buzzing over London and soaring above the prisoners when parked on the Chelsea heliport. Similarly, the Black Dalek is bigger than his counterparts – was Dicks thinking of the chunky movie Daleks? I remember being intrigued by the changes to the story as I knew it; Jenny was a new character on me and it is she and Barbara, rather than Wyler and Susie, who journey that perilous 60 miles from London to Bedfordshire to be betrayed by the crone in the cottage (thought: it seems to take the flying saucer an awfully long time to get from Chelsea to Bedfordshire… long enough for Larry to explain to Ian his theories about the Dalek invasion. Maybe the Daleks are obeying the 60 mile an hour speed limit). I remember thinking the Slyther was an excellent addition and wishing it had been in the film (apparently, it was in an early draft of the movie but was conceived as a mechanical beast rather than a giant slug thing). I was much less interested in David and Susan’s romance, as I had been by the hints of affection between Ian and Barbara in 1974’s Target publication of Doctor Who and the Daleks. Now I can appreciate how thoughtfully the production team had prepared for Susan’s exit, with the Doctor wondering about Susan’s future now that she is a young woman and no longer a girl, and David and Susan’s mutual attraction carefully woven into the story. Leela and Andred this ain’t.

Many fans have written about how they first encountered the Doctor in the novelisations, loved the books, and then were a bit disappointed by the television version, when they eventually watched it. This certainly happened to me when I finally saw The Dalek Invasion of Earth but Dicks, of course, isn’t limited by a tiny budget or even a film budget and can describe the vista of horror to the full extent of his imagination.

What a great book. Unputdownable. That’s how to do Doctor Who, Ms New Showrunner. Read Dicks and learn.

Thanks to The Essential Terrance Dicks, new generations can enjoy this much-loved First Doctor novelisation. And so they should. And so should you. Preferably not after an appendectomy.

Doctor Who and the Dalek Invasion of Earth is available to read as part of the anthology title, The Essential Terrance Dicks: Volume One.

Reviewed: The Essential Terrance Dicks — Doctor Who and the Dalek Invasion of Earth (Target) 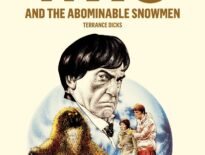 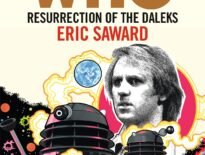